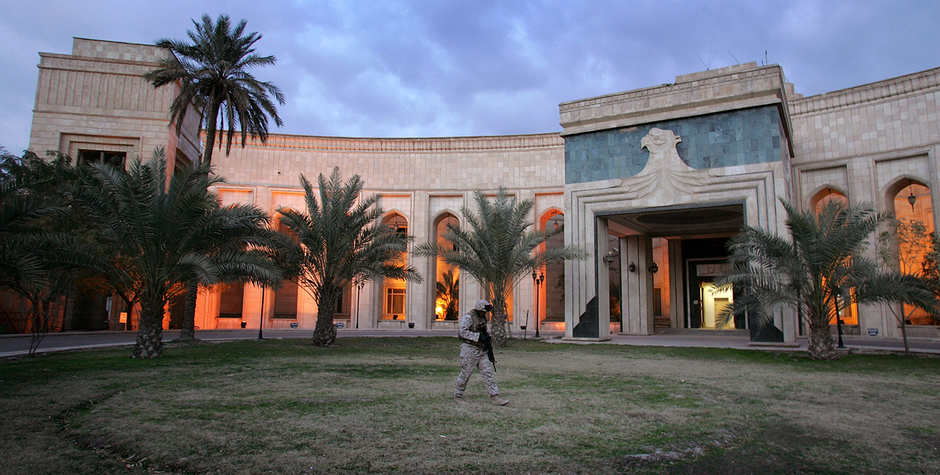 Today, in our continuous campaign against the Islamic State (ISIS) genocide occurring in Iraq and Syria and as part of the 7-point plan we announced earlier this year, the ACLJ sent a letter to Iraq’s Ambassador to the United States. Our purpose in writing Iraq’s Ambassador is to show our support of Iraq’s efforts to end the ISIS genocide and urge Iraq to invite international intervention to protect the victims.

As we stated in our letter:

Iraqi leaders . . . have recognized the brutal and savage acts of the Islamic State as acts of genocide against Christians, Yazidis, and other religious minorities. . . .

In August 2014, then-Foreign Minister of Iraq Hoshyar Zebari condemned the Islamic State’s atrocious acts and warned of the potential for those violent acts to spread to other countries:

“[A]trocities are occurring [in Iraq] because of a group that calls itself the Islamic State. . . .

“The massacre of villagers, the abduction of hundreds of women and girls, crucifixions, beheadings, burying victims alive and other horrific acts have driven a torrent of Yazidis, Kurds, Christians and Turkomen, as well as Sunni and Shiite Arabs, from their homes. . . .

“With thousands of Islamic State recruits hailing from Western nations and holding passports from those lands, these violent extremists can return to their home countries without visas so commit similar atrocities. This is why it is so important for all Iraqis and Iraq’s neighbors and allies to respond rapidly and effectively to this threat.”

It’s been two years since those statements were made. In those two years, ISIS has continually shocked the world with unspeakable evil. Currently, thousands of people in Iraq (and Syria) are experiencing the nightmarish and barbaric acts committed by ISIS. In Mosul, “[u]p to one million people are trapped inside the city, running low on food and drinking water and facing the worsening cruelty of Islamic State fighters.” For those trapped in Mosul, there is still no indication of when Mosul will be rid of ISIS and when they will be free.

Two years ago, Iraqi President Fuad Masum stated, “Eradicating [the Islamic State] is the duty of the whole international community, the fast expansion of their ideology imposes an extra duty on every state that wants to protect its people and its land from this cancer.” He further warned that the Islamic State does not “recognize borders when they commit crimes, neither in Iraq, nor in the regional countries or in Europe and United States [sic].” The world, wherever ISIS is allowed to exist, is in danger of experiencing the horrific acts that are now occurring in Iraq and Syria.

President Masum’s warning was accurate. ISIS is expanding the areas in which it operates. In 2016 alone, we have seen ISIS attacks in the U.S. and in Europe. The need to defeat ISIS is not a problem isolated to Iraq and Syria. It is, indeed, an international concern. Iraq’s perspective on how to confront the ISIS genocide and protect its victims is critical and can provide unique insight into facing this increasingly global problem.

We concluded by urging Iraq to do its part in invoking the Genocide Convention, by calling for international intervention into its genocide-ravaged nation. We stated, “With this in mind, we respectfully urge you to make whatever demands or submissions necessary to the United Nations to initiate and request the international community to honor its commitments and obligations under the Convention on the Prevention and Punishment of the Crime of Genocide.”

The ACLJ continues to do everything we can to mobilize the U.S. and the international community to assist Iraq and Syria in ending this genocide. Most recently, we confronted each nation comprising the United Nations Security Council. We have sent key legal letters to U.N. Secretary-General Ban ki-Moon, the U.N. Office of the Special Adviser on the Prevention of Genocide, the U.S. Permanent Representative to the U.N. Ambassador Samantha Power, the 47 Member States of the U.N. Human Rights Council, and two letters to Secretary of State John Kerry. We’ve submitted key legal documents and made two oral interventions at the U.N. Human Rights Council. We also filed written observations regarding ISIS atrocities against Iraqi Christians in a case before the European Court of Human Rights. We’ve seen results as Congress, the European Parliament, and the Parliamentary Assembly of the Council of Europe have passed genocide resolutions, Secretary Kerry recognized the “genocide against . . . Christians,” a representative of the U.N. Secretary General’s office raised the issue at the U.N. Security Council, and numerous countries called for action to protect religious minorities from ISIS genocide at the U.N. Human Rights Council.

We are currently in federal court against President Obama’s State Department over its failure to take meaningful action against the ISIS genocide. And, looking ahead, we have already engaged the incoming U.S. presidential administration on the issue.

We are grateful for your voice and your support. Join us. Be heard. Speak up for the victims of the ISIS genocide, and the survivors. Sign our petition (below and) at BeHeardProject.com.