A Time to Act – Demanding the U.N. Recognize and Stop the Genocide of Christians | American Center for Law and Justice
Search  |  Logout  |  Login  |  Register 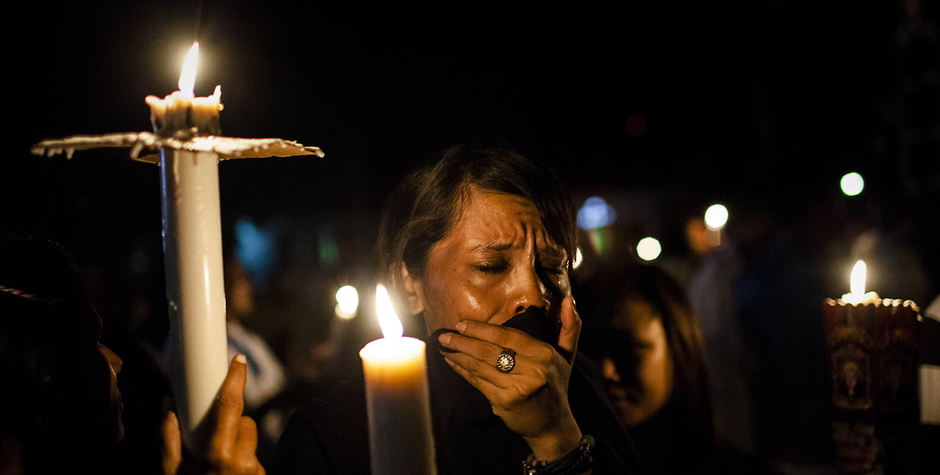 A Time to Act – Demanding the U.N. Recognize and Stop the Genocide of Christians

A stated purpose of the United Nations (U.N.) is to suppress “acts of aggression or other breaches of the peace.” Currently, ISIS is aggressively targeting Christians in acts of genocide.

This is why we have submitted yet another statement requesting that the U.N. “join other international bodies and formally recognise that the ongoing atrocities committed by ISIS against Christians, Yazidis, and other religious and ethnic minorities in Iraq, Syria, and elsewhere in the region constitute genocide for purposes of implicating the obligations of the international community pursuant to the Genocide Convention and the well-established responsibility to protect.”

With every day that passes where the U.N. fails to recognize the genocide and fails to act, more and more lives are lost. The little hope that the victims of genocide cling to is also being lost. One survivor stated, “No one cares about us like we are not human” and that they “didn’t feel valued as humans.”

Indeed, ISIS’s acts against Christians and other minorities are unbelievably inhuman. As we detailed for the U.N.:

ISIS members have killed Christians and Yazidis by the thousands, have enslaved and raped thousands more because of their religion, and have destroyed their places of worship, their homes, and their livelihoods.

In June 2016, the Chairman of the U.N. Independent International Commission of Inquiry on Syria made the following statement:

“Genocide has occurred and is ongoing . . . ISIS has subjected every Yazidi woman, child or man that it has captured to the most horrific of atrocities.”

In Syria, ISIS has beheaded and stoned men, women, and children for blasphemy, heresy, and apostasy. One Christian Syrian woman described “Christians being killed and tortured, and . . . children being beheaded in front of their parents.” She said, “250 children . . . were put in the dough mixer, they were kneaded. The oldest one of them was four-years-old.” ISIS tortured a boy while demanding his father and two others renounce Christianity, before executing all four by crucifixion. Eight Christian women were publically raped and beheaded. There are “mass graves of Christians.”

ISIS’s notorious abuses are targeted primarily against religious minorities, including an estimated 200,000 Iraqi Christians in 2014. ISIS has expressed its specific intent to kill all Christians. In addition, ISIS has demanded that religious minorities pay a tax (called jizya), or flee — punishing by death those who fail to comply. This purported offer to allow Christians to pay a jizya tax has been falsely interpreted by some to negate the genocidal intent displayed by ISIS. However, Al-Baghdadi has stated of Christians, “People of the Book . . . today are a people of war who qualify for no protection.” Regardless, paying jizya or converting to Islam to avoid death are not meaningful alternatives to genocide.

The atrocities Christians in Syria and Iraq are facing at the hands of ISIS, and other radical jihadists, should not have to be spoken aloud. Yet these things are occurring daily, and the perpetrators are not being held accountable. We must speak about these things to bring light to this terrible evil. We cannot afford to ignore these horrific acts – doing so truly denies the humanity of ISIS’s victims. It is well past time that the U.N. join with other international leaders and declare that genocide against Christians and other religious minorities is occurring.

It is not enough to merely state that genocide is occurring, which is why we’ve also requested that the U.N. act to “defend the rights of all religious minorities, including the Christians in Iraq, Syria, and any other place where ISIS engages in genocide – without delay.”

As we continue our global advocacy campaign for the victims of genocide and persecuted Christians around the world, join with us. Sign our petition to end genocide and protect Christians.