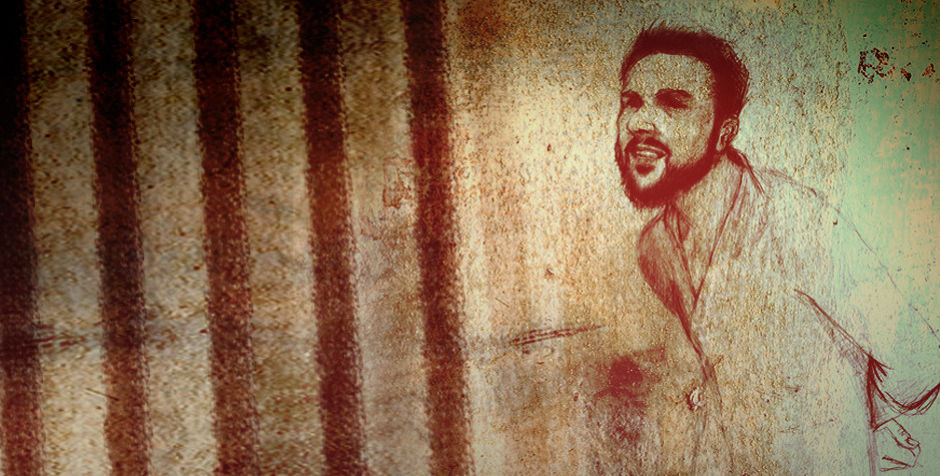 A Family Divided: Another Year Behind Prison Bars for Pastor Saeed Abedini

After two months without any physical affection or contact with family, today, American Pastor Saeed Abedini was able to have a visitation by a family member.

It is through these visitations that Pastor Saeed expresses the pain and suffering he has unjustly faced behind bars these last three years. But it is also through these visitations that Pastor Saeed receives updates about and pictures of his two young children, Rebekka and Jacob, who have spent much of their childhood without their father.  Visitations bring comfort but also a realization of the time that has passed and the memories that can never be regained.

The visit was bittersweet. The loss of his dear Grandma in the last few weeks and not being able to say his last goodbyes at her funeral, the sense of loss of missing out on seeing his kids go to their first days of school, and especially missing out on Rebekka’s 9th birthday, has taken its toll on Saeed.

It was too painful for him to see pictures of how much his baby girl had grown up since he last saw her, from the 5-year-old little girl to the 9-year-old young lady she has become. A different kind of maturity covered his baby girl’s face. A maturity that spoke of painful, tear-stained nights. The picture his family took to show Saeed told him of a girl who was trying to be strong and brave for her daddy. Many tears were shed and stories shared. So many stories that Saeed struggled to remember his babies and our family, memories that the prison walls were slowly stealing from him. So many new memories were trying to form about what the kids liked to do now and how they had changed over the years. Saeed tried hard to hold on to something to take back to the prison once the visit was over; something Rebekka said; or something Jacob did.

Saeed was told of the prayer vigils that are happening on September 26th, which marks his third anniversary in prison. Told that he was not forgotten. His face lit up and he was encouraged to hear that so many are praying for him. He was encouraged to know that a date that brought so much pain had become a day when Christians united together to pray for him and the persecuted church.

I made sure that he was told that I had not given up the fight. That we had not given up the fight for his release. That despite government shortcomings, none of us were giving up. That we were getting on our knees and praying and fasting for him each day leading up to the prayer vigil. I knew that during the short prison visits he needed to know that he was not forgotten.

“Remember the prisoners as if chained with them—those who are mistreated—since you yourselves are in the body also.” Hebrews 13:3 (NKJV)

Saeed spoke of a cellmate who died this week in the prison because of lack of medical treatment. Saeed and other prisoners worry about their own medical conditions that continue to go untreated. Saeed has held onto hope that he would be released before his medical condition became too critical.

He spoke of the day that he would be able to hold Rebekka and Jacob and our family in his arms again. As many prisoners struggled with fear of death and the unknowns, Saeed told how he has been able to speak to them of eternal life that he had found in Jesus Christ. The Lord has used such a tragic time to touch so many hearts.

Please pray for Saeed. The journey has become so difficult for him both physically and emotionally. The beatings and attacks have taken their toll on Saeed and he is in constant pain every day. Knowing his kids are growing up without him has made the journey that much more emotional for him. He always wanted to be the dad that poured into his kids every single day of them growing up. He was the more nurturing one of the two of us and cared about each and every milestone.

Saeed realizes that he has had to give up those things that were so dear to him for the sake of the Gospel and that is the one thing that brings him comfort. Saeed is holding onto hope that one day he will reunite with us again.

As Pastor Saeed endures, we at the ACLJ continue to fight to see that this divided family is reunited again. Over 260,000 letters to Secretary-General of the United Nations Ban Ki-moon are on their way to the United Nations requesting that the highest level of the UN engage on Pastor Saeed’s behalf.  This week, Naghmeh Abedini pleads with members of Parliaments from around the world.

Join the global community in prayer for Pastor Saeed Abedini on September 26th – which marks the third year of imprisonment for this U.S. citizen. Host a prayer vigil or find one at a location near you here.