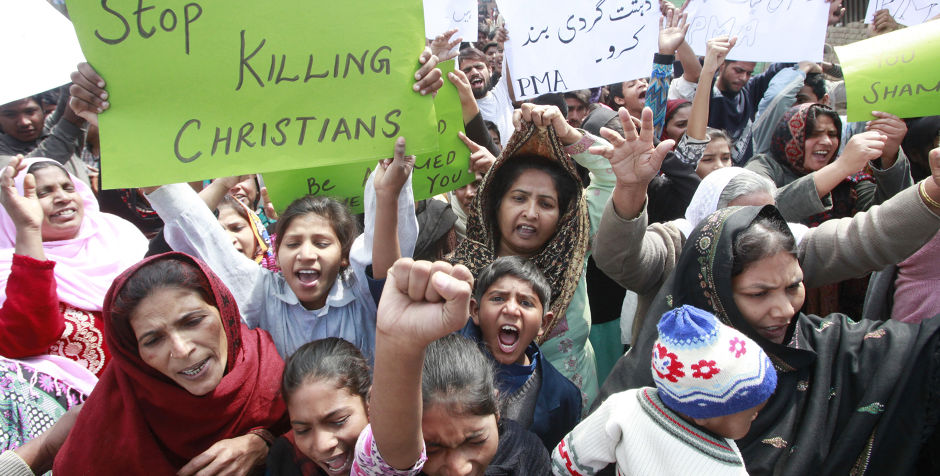 Victory for Persecuted in Pakistan

This is the latest installment in a year-end series looking back at a few of the many victories by the ACLJ in 2015.

We have aggressively battled and won significant victories this year in one of the world’s worst persecuting nations, Pakistan.  Through our international affiliate, the European Centre for Law and Justice (ECLJ) and its affiliate in Pakistan, the Organization for Legal Aid (OLA), we have freed a Christian from forced labor, protected Christians from false criminal charges, and reinstated a Christian schoolteacher fired for her faith.

In one case, Muslim men viciously attacked a Christian man named Allah Ditta Masih after he dared to confront them for harassing Christian women. His attackers shot him three times and beat him with clubs.  The men had a relative of theirs file false criminal charges against him.  Our attorneys on the ground in Pakistan took decisive action and challenged the trumped-up charges in court.  After we filed our motion, the local police investigation found our Christian client to be innocent.  Our team was also able to successfully prevent one of the attackers from being released on bail as he faces justice for his actions.

In another case, we rescued a Christian man from forced labor.  As happens all too often, a wealthy Muslim man took advantage of a poor Christian man’s economic plight.  He changed the terms of an agreement and unlawfully detained the Christian named Mumtaz Masih in forced labor.  Our office in Pakistan mobilized and intervened in court, securing Masih’s freedom.

We also successfully represented Zanobia Mary, a Christian elementary school teacher persecuted by her superiors because of her Christian faith.  Among various false allegations, school officials accused Mary of preaching Christianity to her students.  Officials suspended Mary from her job and threatened her life.  Our attorneys interceded, stood up for Mary and took her case to court.  After a series of court battles challenging her suspension, the court again reinstated Mary to her position.

Each of these victories sets a tremendous precedent in Pakistan in defense of Christians.  The persecution is real and continues, but we are aggressively engaged on the ground in Pakistan and in court.  We will continue fighting for persecuted Christians.