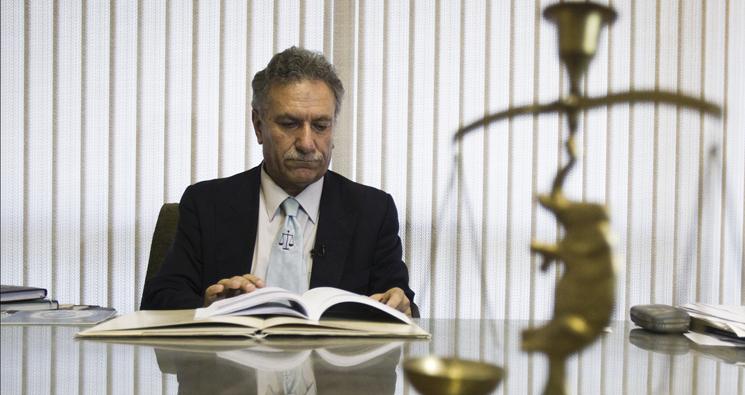 The Iranian lawyer who successfully represented Christian Pastor Youcef Nadarkhani in court, leading to his eventual release and acquittal of apostasy, has been detained and ordered to serve a lengthy prison sentence in one of Iran’s most dangerous prisons.

Mohammad Ali Dadkhah, who represented Pastor Youcef and other religious and political prisoners, had been previously convicted for representing people like Pastor Youcef. He was sentenced to serve 9 years in prison, barred for 10 years from practicing or teaching law, fined $1,900, and given a choice of either 5 lashes or an additional $450 fine. In recent months, however, Dadkhah had worked out an agreement that allowed him to continue representing Pastor Youcef and that prevented him from having to serve any time in prison.

He upheld his end of that bargain, and we believe that Iran has reneged now that Pastor Youcef is no longer the focus of international attention.

Sources close to the situation informed us over the weekend that Dadkhah has been detained and forced to begin serving this lengthy prison sentence in one of Iran’s most notorious prisons. He is currently incarcerated in ward 350 of Evin prison, a ward reserved for political prisoners, in a cell with 22 other prisoners.

Sources have also informed us that when asked if he was being treated well, he hesitated before saying, “yes.” We know that when he was first detained three years ago he was not treated well by his Iranian captors.

Dadkhah is a world-renowned Muslim human rights attorney in Iran. He co-founded the Defenders of Human Rights Center along with Nobel laureate Shirin Ebadi and others to defend human rights in Iran. In addition to defending Pastor Youcef, Dadkhah has bravely defended numerous political and religious prisoners, including 12 Christians who were tried this past Easter Sunday in Iran for their faith. Because he provides his legal services free of charge, the Iranian regime has asserted that he is “aiding and abetting” in the alleged crimes of his clients.

My profession has allowed me to work for 30 years to defend human rights. During this time I have never violated the law or been reprimanded by the Bar Association for any wrong doings. I have always tried to perform my duties to the best of my abilities. The case file against me even stated that I did not charge students for my services. Is selling my service for free a crime?

Due to the lack of an independent legal bar in Iran, lawyers like Dadkhah who offer their services free of charge are often seen as assisting their clients in the alleged crimes.

Dadkhah risked his life to stand up for the international principle that no one should be imprisoned for their faith, fighting diligently for Pastor Youcef’s release. It is equally true that no attorney should ever be imprisoned simply for representing someone that the government doesn’t like, period. Everyone, including the persecuted, deserves legal representation in any society.

The United Nations and nations with diplomatic relations with Iran must once again take action against Iran’s abuse of those who defend human rights. The International Bar Association should take a strong and public stand against criminalizing an attorney’s merciful actions. We join Amnesty International and other human rights organizations in calling for Dadkhah’s immediate release.