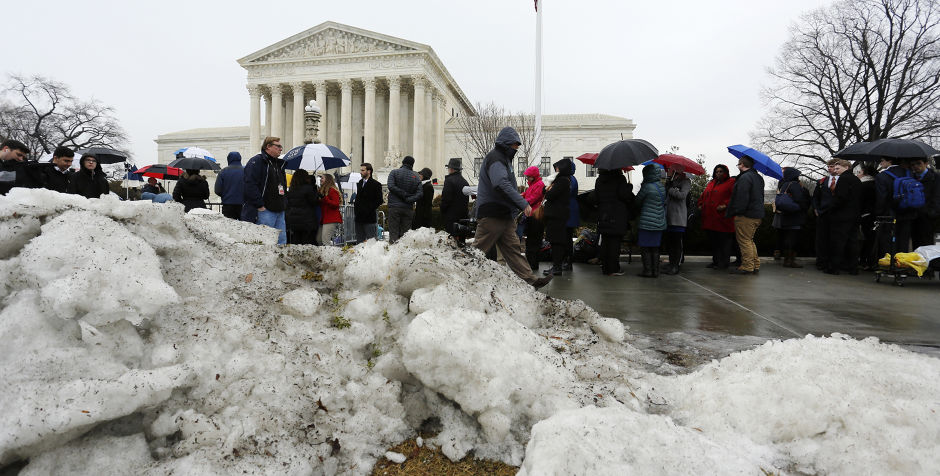 Skeptical of IRS Rewrite of ObamaCare

Today the U.S. Supreme Court heard oral arguments in a case that could cripple ObamaCare.

The Supreme Court has a critical opportunity to reject IRS regulations that illegally authorize tax subsidies for purchasers of health insurance on federal healthcare exchanges.

The ACLJ has filed an amicus brief in the case, King v. Burwell, arguing that “the IRS regulations are part of the Administration’s ongoing effort to rewrite or suspend portions of the ACA (Affordable Care Act), in violation of the separation of powers.”

This Executive overreach of this President is perhaps the most damaging and dangerous power play yet.

This Administration’s make-it-up-as-we-go approach to implementing ObamaCare is not only wrong but unconstitutional.

The implementation of these badly flawed IRS regulations produces a couple of very disturbing results: it makes it impossible to accomplish ObamaCare’s goal of encouraging state promotion, and secondly, it promotes the federalization of this nation’s healthcare in direct contravention of Congress’s intent.

We’re hopeful the high court moves to correct this unconstitutional catastrophe and uphold the separation of powers.

Our legal team was in the court for today’s oral arguments.  It was clear that a number of the Justices were extremely skeptical of the Obama Administration’s attempts to twist the plain meaning of ObamaCare.

A key part of ObamaCare says the subsidies are available only to Americans who enrolled “through an exchange established by the state.”  Congress was clear that the subsidies shouldn't be available to those in states without their own exchanges.

When the Obama Administration argued this result couldn’t be what Congress intended, Justice Scalia was quick to respond, “Of course it could be.”

He’s exactly right.  The law must be applied as written. That is vital to democracy. And if the law as written doesn’t work, it must be corrected through a democratic process, not regulatory fiat.

Our amicus brief is clear:

In extending tax-subsidies to purchasers of health insurance coverage on federally established exchanges, the IRS regulations rewrite a core provision of the Patient Protection and Affordable Care Act (“ACA”), without which the law would not have passed, in a direct assault on the separation of powers. Authorizing the expenditure of hundreds of billions of dollars in subsidies, as well as billions in penalties against employers and individuals, the regulations were promulgated with virtually no concern for Congressional intent or the plain meaning of § 36B.

The IRS regulations were promulgated notwithstanding the Administration’s own “indispensable expert’s” recognition that the law limited tax subsidies to insurance coverage purchased on state-established exchanges.

As with any oral argument, it is impossible to tell which way the court is leaning.  The Supreme Court is expected to reach a decision by the end of June.

We will keep you updated and continue working in the courts and in Congress to defeat the train wreck that is ObamaCare.