ObamaCare’s rollout has been a disaster.  For most trying to enroll, the website crashed.  For many who did enroll, their information was mangled.  Insurance companies are reporting receiving the wrong data on enrollees.

So over the weekend, Healthcare.gov got an overhaul.  Not to how you enroll to fix the bugs.  Not to keep your data secure or to ensure enrollees’ data gets to the insurance company.  But to the homepage.

That’s right ObamaCare got a facelift.  So I went to healthcare.gov to see one of the new features.  What I found was disturbing.

Here’s what I found when I tried this new feature.  I entered in my city, state and number of people in my family to see what health plans are available to me and my family.

First, I decided to look at the low-tier, catastrophic coverage, under ObamaCare.  This should typically be the cheapest plan per month.  Yet one option would have cost my family over $50,000 a year in premiums.

My first thought was maybe this was just a mistake, another technical “glitch” in the website.  So I kept looking. 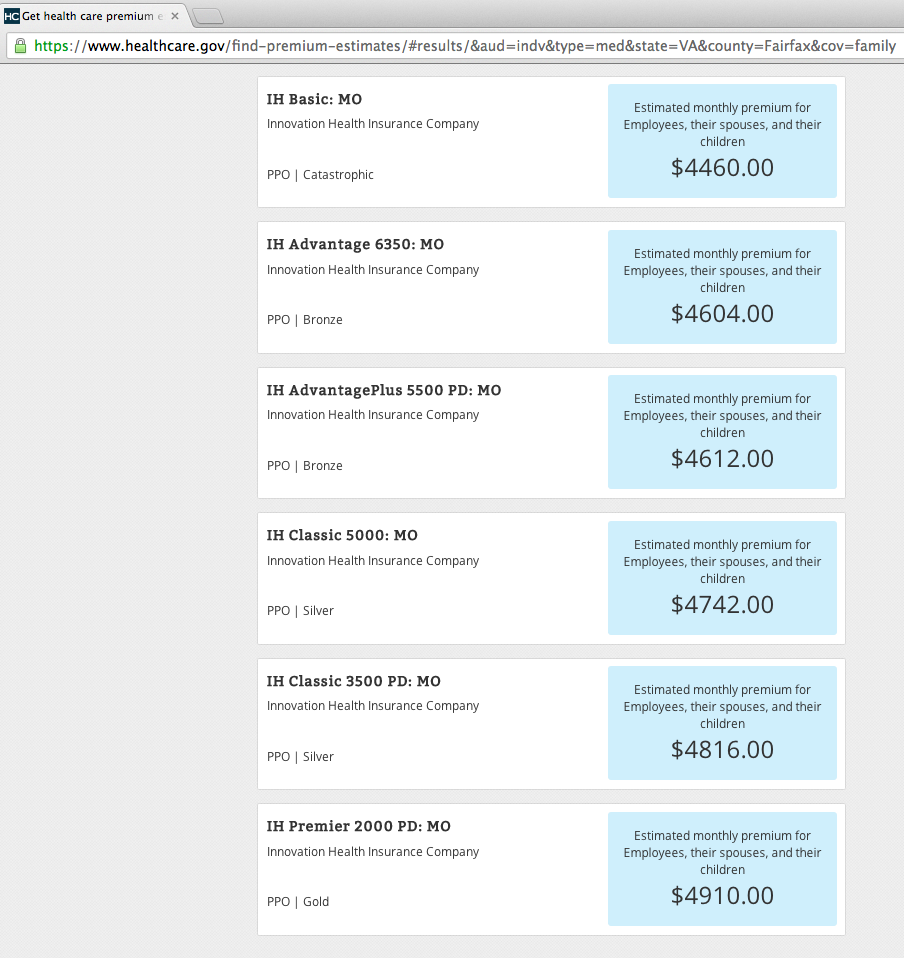 Sign the petition to hold those responsible for this utter failure accountable.