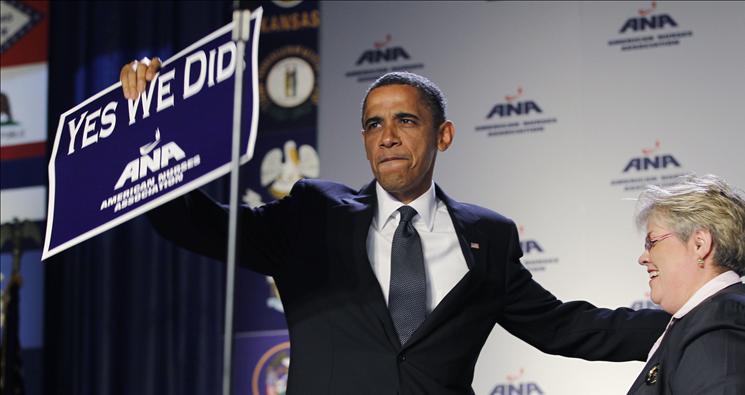 Despite President Obama’s empty rhetoric to the contrary, a recently finalized Department of Health and Human Services (HHS) rule makes clear that ObamaCare will use tax dollars to fund abortion.

Sadly, these facts have now come to fruition. HHS, under the direction of President Obama and Secretary Kathleen Sebelius has issued its final rule for implementing the state exchanges created by the ObamaCare law. These final rules include requirements for how abortion funding must be handled.

First off, when we consider that the President told us that his Executive Order made it clear that abortion was not a part of this law, it is reasonable to ask why the final rule references ‘abortion’ 30 times? If abortion funding was not to be a part of this law, the statute needed only a short, clear prohibition of such funding – a prohibition offered in the Pitts/Stupak Amendment, which was initially approved by the House of Representatives, and later stripped out by the President and then-Speaker Nancy Pelosi.

Because the law does indeed contradict the President by allowing abortion funding, this final rule goes to great lengths to devise a scheme that attempts to hide that funding. The result is a complicated web of regulations that reference ‘abortion’ 30 times.

Everyone concerned about government promotion and funding of abortions should read this rule for themselves, but allow me to outline a couple of the basic components with regard to the abortion requirements.

First, beginning on page 453, this rule describes and reaffirms the “segregation of funds for abortion services” as required under ObamaCare. Essentially, insurance plans may include abortion services in a plan subsidized by federal taxpayer dollars. To justify this inclusion, the plan will collect a $1 “surcharge” from all policy holders. Of course this surcharge will be collected as part of a larger premium payment, and not as a part of a separate collection. Additionally, plans are entirely free to advertise the total cost of these plans without mentioning that $1 of the premium is specifically intended to subsidize the abortion coverage. Further, the surcharge is only to be disclosed when the policyholder first enrolls.

In short, the $1 surcharge does not even attempt to resemble an actual offset of the abortion coverage cost, is virtually undetectable by the policy holder, and serves the singular purpose of providing a flimsy defense for inserting the federal government into the business of providing coverage for elective abortions.

Additionally, on pages 364-365, the final rule makes it entirely plausible that States that have passed laws prohibiting abortion coverage will be forced to provide that coverage anyway. This would occur through the multi-state plans administered by the Federal Government. The final rule simply says that rules governing these plans will be issued at a later date, so it’s entirely feasible (I’d say likely) that these plans will be permitted to cover abortion, even when one of the States within the multi-State area prohibits it.

This is not a surprising development. In fact, despite the numerous and convoluted attempts to distract from the truth, it has long been clear to many of us in the pro-life community that abortion - and funding for abortion - is one of the central tenets of ObamaCare. Today’s final rule is just evidence of that fact.