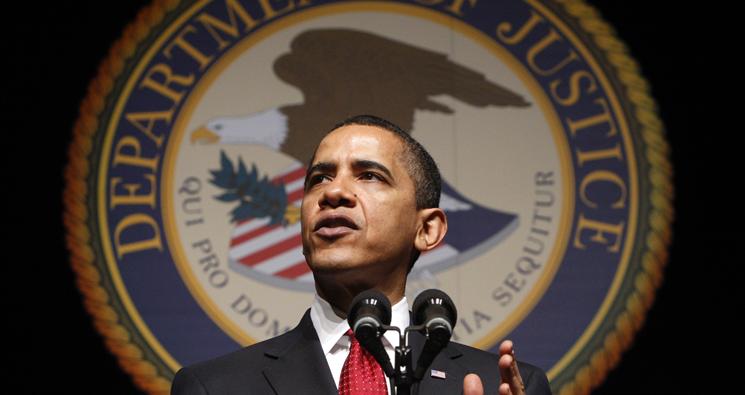 Yesterday, during a Congressional hearing, President Obama’s Acting Director of the Office of Management and Budget, Jeffrey Zients, undermined one of the main arguments the Administration has been advancing in court to support the constitutionality of the penalty imposed on those who do not buy health insurance as required by ObamaCare’s individual mandate. In court the Department of Justice (“DOJ”) has argued that the penalty is a tax. Director Zients, however, said yesterday that it is not a tax.

This change in position is nothing new. Since 2009, the Administration has been calling the penalty for noncompliance with the individual mandate, which requires many Americans to buy and indefinitely maintain health insurance, different things depending on whomever the Administration is trying to convince.

As ObamaCare moved its way through Congress, President Obama said in 2009 that the individual mandate penalty was not a tax. He had to. While he was campaigning, he had promised not to raise taxes for anyone earning less than $250,000 a year.

Likewise, the Democratic-controlled Congress made clear that the individual mandate penalty was not a tax. One reason, of course, is that it is much harder to pass a controversial law if it raises taxes on millions of Americans.

ObamaCare became law in March 2010. Multiple lawsuits challenging the constitutionality of the individual mandate were filed, including the one filed by the American Center for Law & Justice.

In defending the individual mandate in court, the Administration reversed course and began characterizing the penalty as a tax. Last month, DOJ again argued that the penalty is a tax when it filed its opening brief with the Supreme Court in the ObamaCare case the Court will consider this March.

Yesterday, Representative Scott Garrett (R-NJ) asked Director Zients whether the individual mandate penalty for failing to buy health insurance is a tax. Zients answered that it is not a tax.

You can watch the video of the exchange between Representative Garrett and Director Zients here.

So we are back where we started. The Administration is again claiming that the penalty is not a tax, despite telling the Supreme Court that it is.

The Supreme Court should see this flip-flopping for what it is and rule that the penalty for failing to buy health insurance is an unconstitutional regulatory penalty, and not a valid tax.