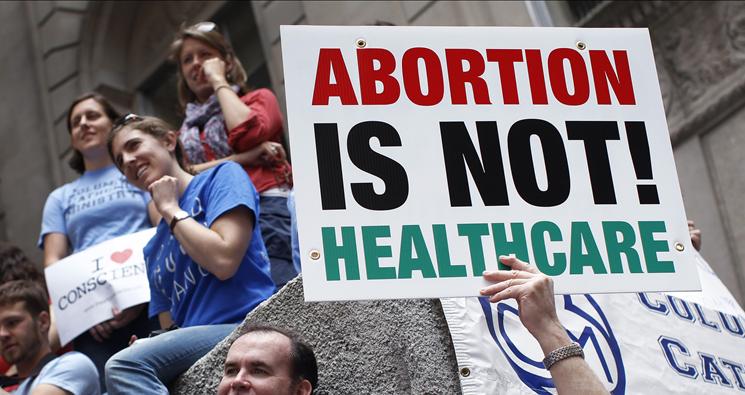 Yesterday, the 8th Circuit Court of Appeals granted our motion for an injunction against the U.S. government's enforcement of the so-called "HHS Mandate," a series of regulations requiring virtually all employers to pay for their employees' contraception, sterilization, and early abortion-inducing drugs. Our client, Frank O'Brien, is a St. Louis business owner who takes his Catholic faith seriously; so seriously that he doesn't want the government to force him to pay for things he considers immoral. O'Brien doesn't care -- doesn't want to know -- what his employees do in their bedrooms. He just doesn't want Kathleen Sebelius or Barack Obama telling him he has to pay for what they do, even when doing so is against his religion.

More than 40 cases have been filed around the country challenging the HHS Mandate on behalf of religiously affiliated schools, charitable institutions, and nonprofit organizations who say that the Mandate is a blatant violation of the Constitution's protection of religious freedom. Frank O'Brien's case was the first filed on behalf of a for-profit business owner. In September, the U.S. District Court in St. Louis threw out O'Brien's case, saying that the Mandate was not a "substantial burden" on his exercise of religion. We filed an appeal with the 8th Circuit before the ink was dry on the court's opinion.

The district court reasoned: O'Brien wasn't being forced to use contraception; he could still attend Mass; he could still send his kids to Catholic schools. What's the big deal?

The big deal is that in this country, from its founding, the right to the "free exercise of religion" has always meant much more than the mere freedom to worship within the walls of your church. The Continental Congress, in the darkest hours of the Revolution, with the very existence of the newly birthed Nation threatened by the approach of the greatest military machine in the world, saw fit to exempt from military service "people who, from religious principles, cannot bear arms in any case." Congress didn't tell the Quaker and Moravian pacifists who asked for the exemption that they were still free to have their meetings and raise their children as they chose, so shoulder a musket and fight. Congress told them that "this Congress intend no violence to their consciences" and exempted them from what most people in just about every country in the world would consider a paramount duty of any citizen. That expansive idea of, "free exercise of religion," encompassing not only what a person believes, but also what a person does or refuses to do, in the public square, and yes, even in the commercial marketplace, is what the First Amendment and the Religious Freedom Restoration Act (RFRA) are meant to protect.

Nobody froze with Washington at Valley Forge to secure the right of government bureaucrats to coerce free men and women to violate their consciences. Nobody died on Omaha Beach so that someday all Americans would have the right to force their boss to buy them birth control pills.

The HHS Mandate, which compels employers to directly contribute to causes which they abhor, is, as Jefferson would put it, "tyrannical." We at the ACLJ will not stand by while this government, or any government, tries to grind the First Amendment beneath its heels.