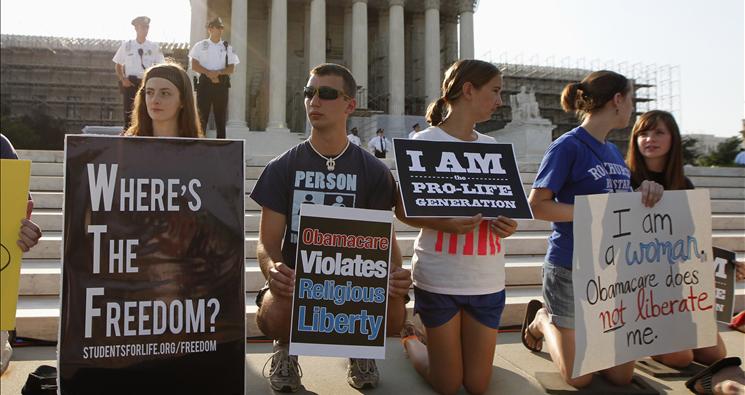 One Vote Short of Overturning ObamaCare

It came down to one vote. Most observers had their eye on Justice Kennedy. But, at the end of the day, it was Chief Justice John Roberts who cast the deciding vote - upholding the individual mandate and keeping ObamaCare intact.

That is extremely disappointing. I disagree with the Chief Justice on this decision and his analysis. I think he got it wrong.

In fact, the high Court decision upholding the mandate as a taxing provision counters how President Obama has described the mandate in the past. The fact is that President Obama refused to frame the health care mandate as a tax during an interview with ABC News in 2009. The President flatly rejected the assertion that the penalty for not purchasing health care insurance should be characterized as a tax. "I absolutely reject that notion," the President said.

With today's decision, the high Court missed an important opportunity to rein in a runaway federal government that's determined to interject itself into every aspect of the lives of Americans. By permitting the individual mandate to stand, the high Court opened the door to permitting the federal government to take more control over the lives of Americans.

As you know, we represented 119 members of Congress and nearly 145,000 Americans in our amicus brief filed with the high Court. We urged the Justices to declare the individual mandate unconstitutional.

The decision to keep the health care law intact is problematic for our nation and the American people. Now that the ObamaCare decision has been announced, we move forward. The government-run, pro-abortion law may have survived constitutional scrutiny, but the focus now turns to November and the election.

The American people understand that this law is not what our nation needs or deserves. Our efforts will intensify to support a legislative remedy that ultimately will result in the repeal of ObamaCare.

We will keep you posted and provide additional news and analysis on this in the days ahead.