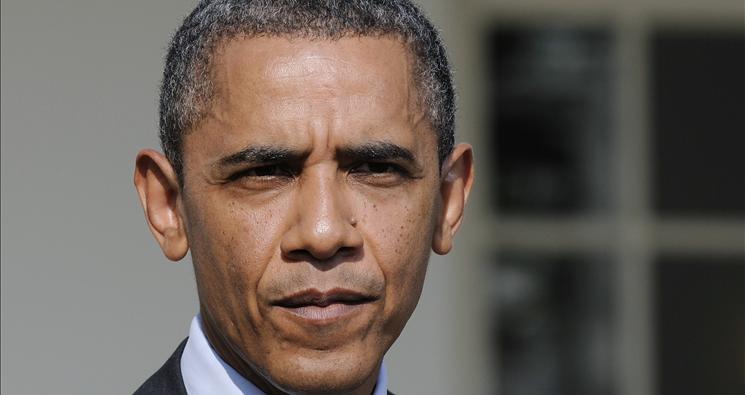 ObamaCare is a “Train Wreck”

The Obama Administration announced that it has imperially decided to delay, for one year, the employer mandate – what has been called the “cornerstone of the new law” – the mandate that all businesses with more than 50 employees provide them health insurance.

The Administration specifically stated that this employer mandate delay does “not affect . . . any other provision” of ObamaCare.  The HHS abortion-pill mandate and the individual mandate – requiring every American to purchase health insurance – are still in full effect.

President Obama and the Democrats told us that ObamaCare was supposed to help the little guy.  They told us that the individual mandate wouldn’t affect most Americans because their employers would be required and highly incentivized through steep penalties to provide health insurance.  Those incentives are now all but gone.  In short, we were lied to.

An estimated 160 million Americans currently have health insurance through their employer without a mandate.  But President Obama said a mandate was critically necessary.  He stood in front of the American people at the famous Blair House Healthcare Summit in February 2010 and declared that “employers are shedding employees from health care plans” and that big businesses have “got to pay your fair share, because otherwise all of us have to pick up the tab.”

Now, as President Obama is facing the impending deadline, the oncoming “huge train wreck,” of implementing the mandated healthcare law that was shoved down the throats of the American people 3 years ago, he has succumbed to the realization that it just won’t work.

But instead of giving up, he is giving big business a break at the expense of the American people.  Employers are now free to dump employees from their health insurance plans.  They have another year to try to figure out how to avoid the mandate.  As insurance premiums rise as the rest of ObamaCare is implemented, which they unquestionably will, it may become more cost effective to drop coverage for their employees altogether, and with no penalty over the next year, the downside to doing so is greatly reduced.  This is precisely what President Obama warned about at Blair House, but is now ignoring his own warning.

As a result, on top of losing their health insurance, individuals will be forced to pay a penalty tax or purchase insurance on their own in the unknown world of state and federal healthcare exchanges – exchanges that were never intended for 160 million people.  Or were they?

President Obama has consistently argued for a single-payer system, where every American was on the government dole for their medical care.  What always stood in the way was a system, a capitalist system, whereby employers typically provided employees health insurance as part of their benefits package.  In 2008, President Obama said, “if we didn’t have a system in which employers had typically provided health care, I would probably go with a single-payer system.”

Whether this was the plan all along is up for debate, and as you can see from ACLJ Executive Director Jordan Sekulow’s interview on Fox News, Liberal Obama apologists like Joe Trippi aren’t even trying to hide that fact.

But what is crystal clear is that ObamaCare is doomed.  It is a catastrophic failure from before the start.  It just doesn’t work.

You know how you know it’s bad?  Because this delay announcement didn’t come from President Obama or any senior White House official but was made by the Assistant Secretary for Tax Policy at the U.S. Department of the Treasury . . . on a blog.  Typically anything that could effect upwards of 160 million Americans doesn’t come from an “assistant” anything.  The Obama Administration knew it was bad and wanted to bury it, having it announced by an assistant secretary, on a blog, while Congress is out of session, during the week of the 4th of July.

The solution for this anarchical mess is to delay the individual mandate, the employer mandate, the HHS abortion-pill mandate, and every other ObamaCare mandate … permanently.

President Obama likes to ridicule the People’s House for attempting to repeal ObamaCare 30-some times, yet every chance he gets he is delaying aspects of the law piece by piece, from countless waivers for unions to delaying the employer mandate.

And lest it be lost, let me be clear.  This yearlong delay for employers, does not delay the mandate that, if they provide healthcare for their employees, they must provide coverage for abortion pills regardless of their religious objections.  This could very well force some employers (if this unconstitutional mandate were to somehow survive the numerous legal changes it faces) to drop their employee healthcare plans in order to refrain from violating their religious beliefs.

Listen to the hundreds of thousands of Americans who have signed the petition to opt-out of the abortion pill mandate, and while you’re at it, let’s go ahead and repeal the rest of this clearly unworkable law too.  Do it now; don’t wait a year.