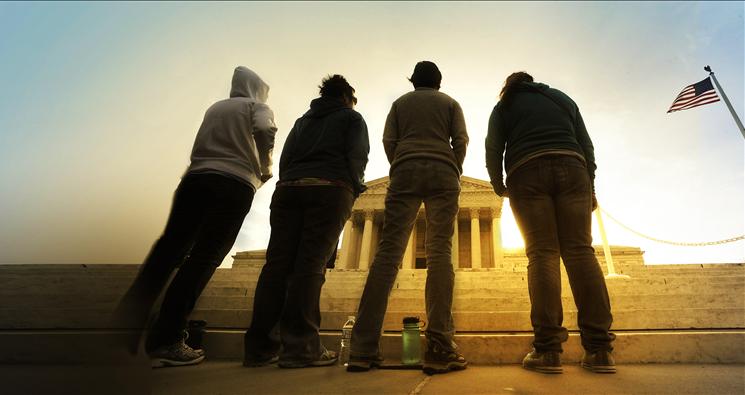 The Seventh Circuit Court of Appeals has just issued a critical ruling temporarily blocking the abortion-pill mandate from forcing our clients, business owners in Illinois, to violate their faith.  The injunction pending appeal blocks the HHS mandate just days before the mandate was set to go into effect for our clients.

With this important ruling, all of the ACLJ’s clients with pending litigation over the HHS mandate have now been granted a temporary reprieve from the mandate’s violation of religious liberty as our lawsuits continue.

Of note, the appellate court stated:

This makes clear that forcing people of faith to pay for health insurance that covers abortion pills is no less a violation of religious liberty than to force the owners to directly pay for abortion services in violation of their faith.

The ACLJ has now achieved critical appellate victories, the first two of their kind among the numerous lawsuits that have been filed in the country, in both the Seventh and Eighth Circuits.

As the Seventh Circuit noted, and as we have consistently argued, the HHS mandate forces people of faith “to choose between violating their religious beliefs by maintaining insurance coverage for contraception and sterilization services contrary to the teachings of their faith and subjecting their company to substantial financial penalties.”

No one should be forced to make such a choice.

It is also important to note that the court stated that the Supreme Court’s refusal to intervene in Hobby Lobby’s challenge to the mandate earlier this week, is not determinative of this case or many others across the country, as the legal standard for the Supreme Court’s intervention requested in that case “differs significantly” from the standard applicable to motions for injunction in federal trial and appellate courts.

We will continue to fight for the right of every citizen of faith to opt out of the abortion pill mandate.  In addition to our three direct challenges to the mandate, we have filed amicus briefs in over a dozen other cases.  You can add your name to our pro-life amicus briefs to defend religious liberty here.