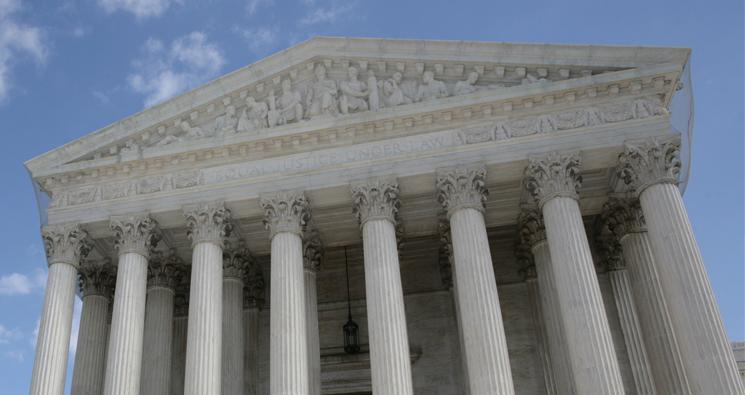 We have filed our amicus brief at the U.S. Supreme Court urging the Justices to take up a Florida case challenging ObamaCare. I'm delighted to report that we have 105 members of Congress on our brief - led by Rep. Paul Broun of Georgia, a physician - as well as House Majority Leader Eric Cantor. We also represent more than 29,000 Americans who have signed on to our committee opposing ObamaCare. In our amicus brief, we urge the high court to hear the case and declare the entire health care law unconstitutional.

From the very start, this issue was destined for the Supreme Court. The time has come for the high court to engage ObamaCare and not only strike down the individual mandate, which forces Americans to purchase health insurance, but the entire health care law as well. The individual mandate is inextricably linked to the health care law and the two cannot be separated. We're urging the Supreme Court to take up this issue soon and restore clarity to a very confusing legal landscape.

The brief filed today supports a Petition for Writ of Certiorari regarding the Florida case challenging ObamaCare in which the U.S. Court of Appeals for the Eleventh Circuit declared the individual mandate unconstitutional, but erred in severing the mandate from the Affordable Care Act (ACA).

As I told you, we represent 105 members of Congress. They are listed here, all members of the U.S. House of Representatives:

As you may recall, we're now awaiting a decision from a federal appeals court in Washington, D.C. concerning its lawsuit challenging ObamaCare and the individual mandate. We presented oral arguments in September before a three-judge panel urging the appeals court to reinstate its federal lawsuit. A decision by the D.C. appeals court could come at any time.

There are now reports that the Supreme Court will consider the Florida case (and others now before the court) in conference when it meets on November 10th. A decision to take an ObamaCare case could come then. If that happens, the court would likely announce the results of the conference on November 14th.

We remain hopeful that at the end of the day, the high court will take the case and ultimately determine that the entire health care law is unconstitutional and cannot be implemented.