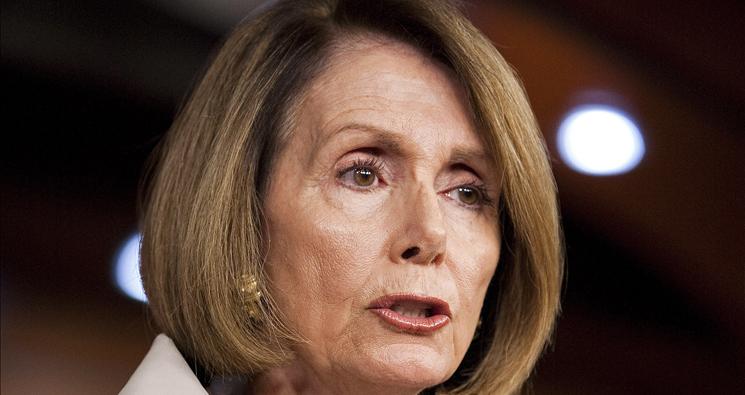 It looks like Nancy Pelosi should have read ObamaCare before she passed it.

This morning, in a 2-1 decision the D.C. Circuit struck down a lawless IRS rule that dramatically extended ObamaCare subsidies well beyond the law’s written guidelines. Put simply, the D.C. Circuit found that ObamaCare subsidies for the millions of Americans in the 36 states that did not create ObamaCare exchanges are unlawful. As a consequence, ObamaCare’s Individual and Employer Mandates are now in jeopardy in each of those 36 states.

After 36 states refused to create state exchanges, an action that had the effect of limiting the law’s individual insurance mandate and employer mandate, the IRS decided to simply make up a new regulation – without any statutory authority – that extended subsidies to insurance purchased on the federal exchange and thereby dramatically expanded the individual and employer mandates.

This broader [IRS] interpretation has major ramifications. By making credits more widely available, the IRS Rule gives the individual and employer mandates—key provisions of the ACA—broader effect than they would have if credits were limited to state-established Exchanges. The individual mandate requires individuals to maintain “minimum essential coverage” and, in general, enforces that requirement with a penalty. See 26 U.S.C. § 5000A(a)-(b). The penalty does not apply, however, to individuals for whom the annual cost of the cheapest available coverage, less any tax credits, would exceed eight percent of their projected household income. See id. § 5000A(e)(1)(A)-(B). By some estimates, credits will determine on which side of the eight-percent threshold millions of individuals fall. See Br. of Economic Scholars in Support of Appellees 18. Thus, by making tax credits available in the 36 states with federal Exchanges, the IRS Rule significantly increases the number of people who must purchase health insurance or face a penalty.

Put simply, if Congress had intended for subsidies to be made available through federal exchanges, it should have said so.

The judges in the majority recognized the impact of their ruling, but they also recognized their limited constitutional role. It is not the job of judges to correct perceived congressional errors or to rewrite laws to make them more economically sensible. That is not the IRS’s role either. Instead, the role of a judge is to interpret the law that exists. Here’s the Court’s eloquent statement:

We reach this conclusion, frankly, with reluctance. At least until states that wish to can set up Exchanges, our ruling will likely have significant consequences both for the millions of individuals receiving tax credits through federal Exchanges and for health insurance markets more broadly. But, high as those stakes are, the principle of legislative supremacy that guides us is higher still. Within constitutional limits, Congress is supreme in matters of policy, and the consequence of that supremacy is that our duty when interpreting a statute is to ascertain the meaning of the words of the statute duly enacted through the formal legislative process. This limited role serves democratic interests by ensuring that policy is made by elected, politically accountable representatives, not by appointed, life-tenured judges.

This fight is far from over. The Obama Administration will undoubtedly appeal, and it is highly likely that the Supreme Court will get the final say. But today’s victory is an important milestone in the ongoing battle against executive branch lawlessness.

President Obama’s “pen” – held by the IRS, in this case – may not have as much power as he hoped.

UPDATE: The Fourth Circuit Court of Appeals just issued a ruling upholding IRS subsidies through the federal exchange. This creates a circuit split -- with two appeals courts reaching different conclusions -- and reinforces what I just said, that this battle is far from over.