Why A U.S. Relationship With Ukraine is Important | American Center for Law and Justice
Search  |  Logout  |  Login  |  Register 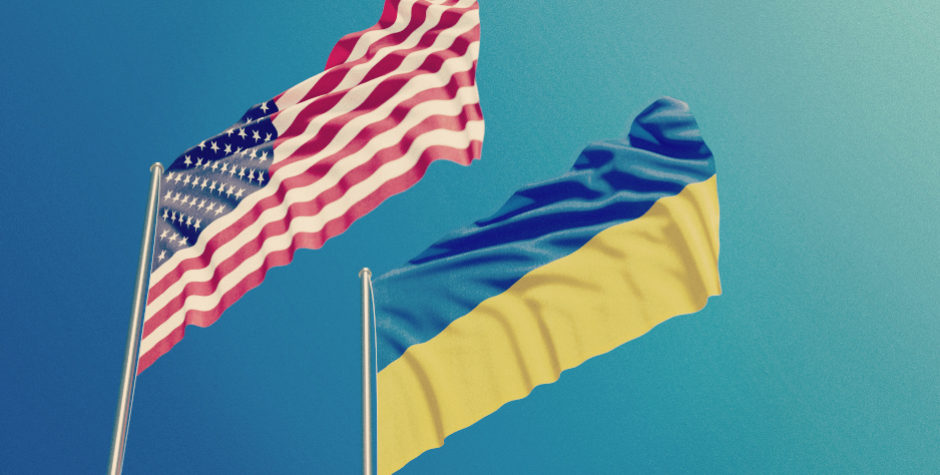 Why A U.S. Relationship With Ukraine is Important

Why A U.S. Relationship With Ukraine is Important

With the recent political theater on Capitol Hill involving President’s Trump’s phone call to Ukraine’s President Zelensky—and the baseless impeachment inquiry officially announced by Speaker Nancy Pelosi—our relationship with this former satellite state of the Soviet Union is gaining much-needed attention.  Why is our support of Ukraine important to U.S. strategic interests, and what does that support involve?

Ukraine has been the target of Russian aggression since 2014, when Russian forces invaded and occupied The Crimea portion of Ukraine and began an invasion of the eastern portion of that country.  Even now, Russian artillery daily blasts portions of Ukraine, attacks by Russian tanks and troop carriers are routine, and casualties of Ukrainian troops and civilians climb.

While Ukraine has been replete with political corruption since it became an independent state after the collapse of the Soviet Union, newly-elected President Volodymyr Zelensky has promised to clean up Ukraine and—borrowing a phrase from President Trump—has pledged to “drain the swamp” in Ukraine. A former comedian, Zelensky was considered an underdog, unlikely to win his bid for president.  But he did win and has sought to strengthen Ukraine’s relationship with the United States.  Our relationship is important not only to the Ukrainians, it is of strategic interest to the United States.

The Obama Administration gave much vocal support to Ukraine, but was reluctant to give them military aid.  In fact, President Obama refused to give Ukraine lethal military equipment.  Instead, the former administration only gave token support in the form of MREs (Meals Ready to Eat), bedding and other such supplies.  President Obama feared that any sharing of weapons and other battlefield equipment would only embolden Russian aggression and cause an uptick in Russian meddling in the affairs of Ukraine.  By doing so, the Obama Administration only encouraged Vladimir Putin’s expansionist desires and sent a message that Russia could act there with relative impunity.  To his credit, President Obama did punish Russia with increased sanctions and with rallying our European allies to stand with the U.S. in countering Russia’s interference in its attack on a neighboring sovereign state.

However, President Trump has been fierce and consistent in calling Russia to account for its invasion of Ukraine and its veiled threats to eastern Europe.  But Ukraine needs the support of the United States to counter Russian threats.  By the way, in light of Ukraine’s past corruption and ineptitude at the highest levels of the government, it was only reasonable that President Trump would wait temporarily to send them the aid that was approved by Congress earlier.  It was prudent that he wait for the inauguration of Ukraine’s new president and establish a relationship with this new leader.  The U.S. needed to make sure that Ukraine was entering a new phase in leadership and that President Zelensky was indeed going to root out corruption and be the new, honest leader the Ukrainian people deserve.  There was nothing dark or deceptive about President Trump’s decision to “trust—but verify”—that Ukraine was turning over a new leaf.

President Trump has now released a substantial aid package to Ukraine, based on the Ukraine Security Assistance Initiative passed by Congress.  It is timely and strategic.  This military assistance includes equipment and training that was denied under the previous U.S. administration.  The 250-million-dollar package includes sniper rifles, rocket-propelled grenade launchers, crew-served weapons, radar systems to counter Russian artillery, medical equipment, electronic warfare and communications equipment, and night vision goggles.  It also includes the Javelin anti-tank weapon.  This is a “fire-and-forget” self-guided round designed to defend against heavy armor.

Additionally, the U.S. State Department is providing an additional 141 million dollars in aid; this includes funds to purchase weapons through the Foreign Military Financing program and provide advisers and training so as to make Ukrainian forces more interoperable with NATO forces and equipment.  This is important, as Ukraine is not a member of NATO and can’t claim the defensive umbrella that NATO guarantees to its members.  But in any future war, it is important that Ukraine be able to join the efforts of NATO in countering further Russian aggression.

As noted by Jill Altoro in an editorial in Defense News, Ukraine is a complicated ally for the United States.  Past corruption has made this relationship even more complicated. In many ways it is a fledgling state, seeking to establish itself in the world after decades of Soviet control.  It is also an incredibly strategic partner to the United States and to NATO generally.  Like the members of NATO, Ukraine is key to keeping the peace in that part of the world and to stopping the “empire aspirations” of Putin’s Russia.  While the United States is not obligated to defend Ukraine, it is in our national security interests to ensure that Ukraine can defend itself.  With the vacillation of NATO ally Turkey, and its cozy relationship with Russia and its purchase of Russian missile systems, we need another friend in that region who seeks democracy, the rule of law, and freedom.

Congress did the right thing in approving military aid to Ukraine.  President Trump was right to establish a personal relationship with Ukraine’s President Zelensky.  Ukraine’s security and independence is important to the United States, to Europe, and to the rest of the world.