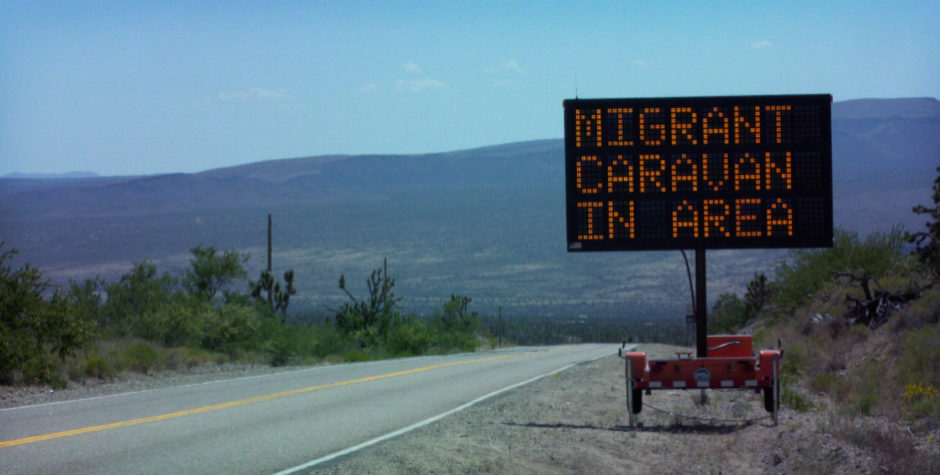 What You Need to Know About the Crisis on the Border

The situation on the southern border is one of mayhem and an unresolved crisis of ever-increasing magnitude.  The inaction by Congress combined with judicial proceedings designed to prevent any action being taken as to border security, and immigration in general, is inexcusable, with stark results.

Facts on the ground tell a story of human suffering, inadequate facilities, and border patrol agents who are overwhelmed.  Both the Department of Health and Human Services (HHS) and Customs and Border Patrol (CBP) are running out of money to care for the multitude of families and unaccompanied children who cross the border illegally and are detained on a daily basis.  The Wall Street Journal reports that since children cannot be held beyond 20 days, they’re released with their parents.  CBP cannot send home unaccompanied minors from Central American countries.  Immigration and Customs Enforcement (ICE) is coping with record numbers in holding facilities, so now adult immigrants with unknown criminal records are released into the U.S. pending their date in immigration court.  The bottom line is the U.S. border is open to almost anyone who wants to come across.

Last week Congress passed disaster relief legislation that denied the requests of the Trump Administration for money to address the crisis.  And it was not just money for a wall that Congress refused to grant.  The administration sought $2.8 billion for HHS to care for children, and $391 million for food, medical care and other humanitarian needs.  Another $530 million would have gone to pay for expenses related to transportation and housing for detainees.  Later, when the House passed a blanket amnesty bill (H.R. 6, the American Dream and Promise Act) that, if it became law, would include 2.5 million people who are here illegally, a Republican amendment that sought $4.5 billion for crisis relief and security on the border was blocked by Democrats.

More than 100,000 unauthorized immigrants have crossed the border and been detained in each of the past three months.  U.S. Border Patrol is now detaining an average of 4,500 people per day.  Over 60 percent of those detained are families or minors.  Since children cannot be held for more than 20 days, families are briefly held, released, and told to appear in court at a future date.  They are then allowed to remain in the country for years.  Many do not appear for their immigration court hearings.  The chance of officials tracking down these parents with children are low.  According to the Department of Homeland Security, 98 percent of parents and children who crossed the border in 2017 remain in the United States.  CBP knows that some of the adults are not really the parents of the children who accompany them, but there is no sure way to determine paternity.  This broken system thus serves as a magnet for people coming to America illegally, some from as far away as Africa and Asia who travel to Mexico to cross the border.

“We are in a full-blown emergency, and I cannot say this stronger:  The system is broken,” stated John Sanders, acting commissioner of Customs and Border Protection.  Over 75,000 people have been released into U.S. communities in the last two months, in addition to the 200,000 family members released into America’s heartland in the current fiscal year. According to a report by the Washington Times, instead of patrolling the border, CBP agents spend 60% of their time babysitting migrant children, transporting children and families to medical appointments, or doing medical center overwatch.

And yet the House Armed Services Committee this week issued a “blanket prohibition’ on dollars for a border barrier as they completed the first draft of the military’s budget for 2020.  But they approved in the draft budget $69 billion for operations in places like Afghanistan and Iraq.

This is insanity and political gamesmanship on steroids.  It lacks compassion for those who have fled to our border, to say nothing of those who cross without being apprehended while they are smuggled in by human traffickers into sexual slavery or involuntary labor.  This does not even begin to factor in the influx of illegal drugs and the very real threats to national security.

It appears that some in Congress despise the president more than they care about our nation and will stop at nothing to deny the administration a win—even if a proposal is in the best interest of all the people involved.  Many on the left turn a blind eye to the suffering people and overworked border personnel, rather than address the reality of conditions on the border.  Because they oppose any type of border barrier, many are willing to sacrifice the well-being of those held at the border and the weary and over-worked border agents who try to bring order out of this chaos.

The world is watching.  And so are the American people, who should demand that their elected officials act to fix the problem. Compassion and human decency should mean that we do not have to wait until after an election to do what is right.  We need a comprehensive fix to the situation on the southern border.