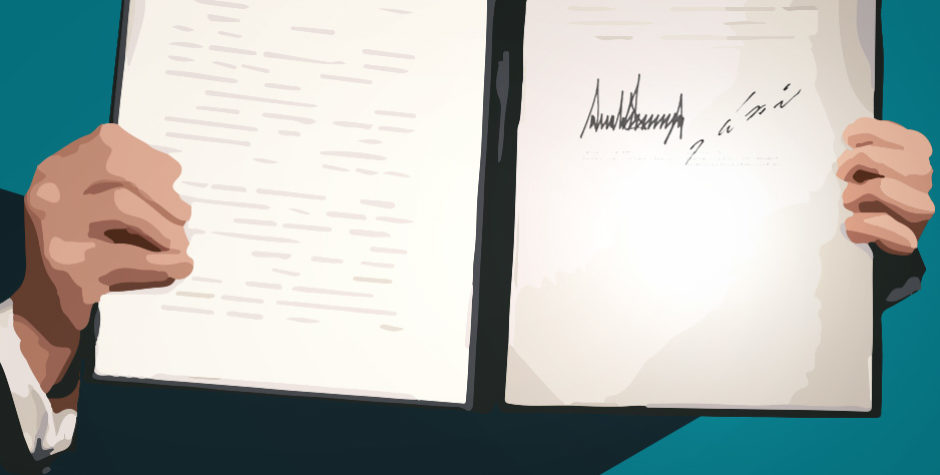 What You Need to Know About the Agreement with North Korea

What You Need to Know About the North Korea Agreement

The historic five-hour meeting between President Trump and North Korea’s Kim Jong Un ended with a signed agreement between the two leaders.  It is not a treaty, as it does not contain any details as to implementation or a way forward in order to bring about the general goals in the signed agreement.  This is how it should be.  Treaties are full of details and must be ratified by the U.S. Senate in order to be binding, to have the force of law.  That will come in time.  But this agreement, by design, is general in its terms and simply reflects the commitments of the leaders of both nations.

Secretary of State Pompeo will be in charge of negotiations going forward, and these negotiations are designed to implement what was agreed to by the two leaders.  And just today, Secretary Pompeo told the media that the U.S. hopes to achieve “major disarmament” of North Korea’s nuclear arsenal during President Trump’s first term in office.

This will be the real work of the unprecedented agreement.  It will take multiple meetings of multiple principals in charge of multiple aspects of both governments.  The goal is to hammer out a plan to achieve the desired end-state of the United States: The Complete, Verifiable, Irreversible Denuclearization of the Korean peninsula, or CVID.  President Trump made it clear:  That bottom line has not changed.

What does the agreement state?

The Singapore agreement is unprecedented.  This was the first face-to-face meeting of a sitting U.S. president with the leader of North Korea.  Never before has a U.S. president had a personal relationship with a North Korean leader.

Kim Jong Un, a young, thirty-four-year-old man, has the game-changing opportunity to keep the types of promises that were made, and then broken, by his father and grandfather.  While opening up his country to the rest of the world is risky, Kim has the potential to bring immense wealth to his nation and to the people of North Korea.  Acknowledging the risks involved, President Trump offered security guarantees to North Korea and to Kim personally.  That also has never happened before.

North Korea recently destroyed a large nuclear testing facility as a gesture of good faith.  Kim told President Trump that upon his return, they would also destroy a facility where the rocket engines for their missiles are tested.  And to international surprise, the North Korean state-run media announced to their citizens that their leader had decided to eliminate their nuclear weapons.  That has never happened before either.

In return, President Trump canceled an annual joint military exercise between the U.S. and South Korea that was scheduled to begin in August.  But the President also made it clear:  There would be sanctions relief only “when the nukes are no longer a factor.”  In other words, sanctions relief is still yoked to North Korea’s nuclear weapons being no longer operable.

In the past, North Korea has promised to give up its nuclear weapons program, only to renege on the promise.  It has even allowed international inspectors into the country, along with cameras, to verify the elimination of its nuclear program—only to eventually force the inspectors and the cameras to leave.  Thus, the real test of this summit in Singapore does not rest with President Trump.  The success or failure of this agreement rests with Kim Jong Un, personally.

President Trump and Chairman Kim have led the world to the threshold of a new geo-political chapter for the Koreas and for the world.  Our hopes and prayers are that this new beginning will not be wasted, and the diligent efforts of the United States to bring about a real and lasting peace with North Korea will not be in vain.