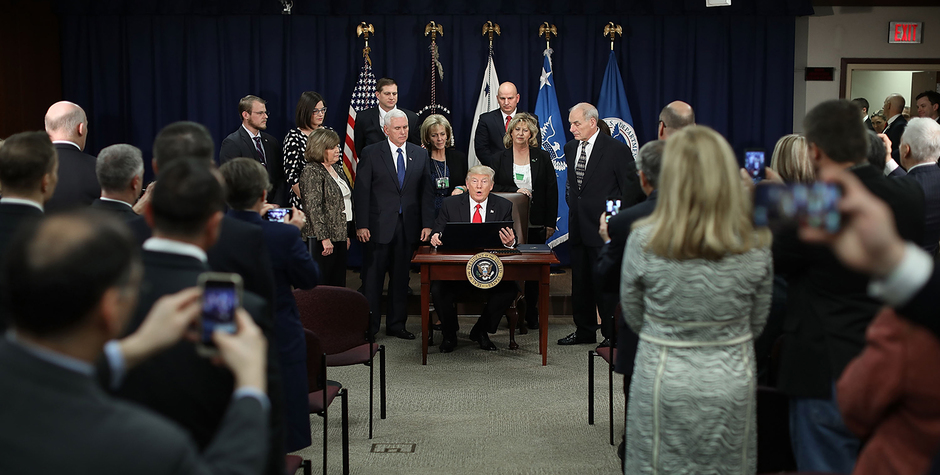 What President Trump’s Executive Order Does

On January 27, 2017, President Donald Trump entered an Executive Order that (1) suspends immigrant and nonimmigrant entry from 7 countries of particular concern; (2) pauses the entire U.S. refugee program for 120 days; and (3) prioritizes claims of people seeking refugee status due to religious persecution from countries where their religion is a minority.  Importantly, nothing in the Order bans the entry of Muslims because they are Muslims or even identifies any particular religion or faith.  Nor does the text of the Order violate the Constitution.

Here are the key points of the Order that impact immigration (not refugee acceptance):

And here are the key points of the Order that impact the United States’ acceptance of refugees:

The directives contained in the Order are closely tethered to discretionary powers vested in the Executive Branch and clearly fall within the President’s well-established constitutional and statutory authority.  Again, the Order does not ban Muslim immigrants or refugees because they are Muslims and makes no reference to any specific religion. The Order simply pauses the entry of immigrants from certain unstable and terrorism-infested countries and refugees for the clearly articulated purpose of allowing time for needed improvements to the United States’ woefully inadequate immigration and refugee screening process. The countries whose nationals are implicated in the Order were already designated as countries of particular concern.  This Order reflects much of what the ACLJ has called for and is a good “first step” in the difficult process of fixing our immigration and refugee system and the task of securing our nation.

As we have been advocating for the last fourteen months, a pause in the Syrian refugee program is needed in order to ensure that our vetting standards keep the American public – and refugees – safe.  ISIS (the Islamic State) has specifically and publicly called for the infiltration of the refugee program – seeking to use refugees fleeing genocide as camouflage to enter the United States and inflict terror. ISIS has successfully inflicted carnage in this way throughout Europe. It cannot be allowed to happen here.

The ACLJ also continues to advocate for in-region safe zones as the best, quickest, and most humane and compassionate way to aid the millions of refugees fleeing jihadist genocide. We are encouraged by the fact that the Trump Administration is still pursuing this critical component of our 5-point refugee plan. In fact, President Trump secured the support of the King of Saudi Arabia this weekend for the implementation of safe zones.