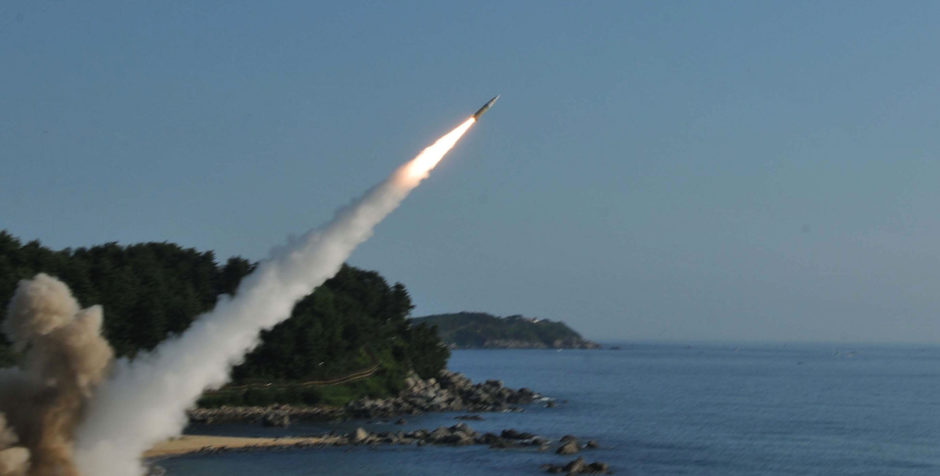 The Escalating Threat of North Korea

The Escalating Threat of North Korea

It was not coincidental that on our celebration of Independence Day, July 4th, North Korea successfully fired its first Intercontinental Ballistic Missile (ICBM).   It is a stark reminder that the world is not “independent,” or free, from the threats of war and violence that plague our planet.  Malevolent forces, whether it is ISIS, Iran, North Korea, or other groups, are at work in the world.  No amount of goodwill or peaceful aspirations serve as an effective deterrent. This is our new reality.

In addition to multiple ballistic missile tests going back to at least 2006, in that same year North Korea tested its first nuclear weapon.  Since then it has detonated a total of at least five nuclear devices.  The combination of North Korea’s ballistic missile program and its ongoing development of thermal nuclear weapons present a clear and present danger to our allies in the Pacific realm, to the United States, and ultimately to the civilized world.

Yesterday’s missile launch represents a vivid escalation in the threat posed by the rogue regime:  this missile is the first one capable of reaching the state of Alaska.  To add to the urgency of this crisis, and while U.S. Intelligence agencies dismiss the claim, North Korea also boasts that it now has the technical capability to place a miniaturized nuclear device on the tip of its missiles.  Moreover, unless their ballistic missile program is halted, it is only a matter of time before North Korea will have a missile capable of striking the west coast of the United States.  Our national security just became exponentially more complicated.

The North Korean missile was launched from a Chinese truck and launcher. It was a two-stage liquid fueled rocket.  North Korea also uses mobile-launchers which are even more worrisome.  These missiles use solid fuel propulsion.  Because they are mobile, they are harder to find and destroy.  They are also more difficult to destroy prior to launch because these missiles do not require the time to complete manual liquid fueling. This type of missile can be quickly transported, aimed, armed, and fired.

Almost immediately, Russia and China issued a joint statement suggesting that if the United States ended its regular defensive military drills with South Korea and Japan, perhaps North Korea would halt their ballistic and nuclear weapons programs.  This offer of mediation from Russia and China is hollow and insincere on its face.  It is a strategic non-starter.  Japan and South Korea depend on the U.S. military for their common defense.  Joint military exercises are imperative in order to maintain the coordination and the capability necessary to provide a common defense.  In short, the Russia/China offer suggests that the best way for Japan, South Korea, and the United States to react to the threat from North Korea is offer no resistance to North Korea’s aggression and threats. They also suggested that we remove the THAAD Defensive Missile system from South Korea. All of these suggestions amount to geo-political and military suicide.

A measured and proportional response to North Korea requires serious strategic thought; it must not be precipitous.  On the other hand, taking no action is literally not an option.

As the President has said, the days of strategic patience in dealing with the North Korean threat are over.  This is not because we have run out of patience.  Rather, it is because the threat continues to increase and continues unabated.  We abandon strategic patience simply because it can no longer protect us or solve the problem.  We are facing a clear and present danger.  President Trump and his military and national security advisors are merely facing what is undeniably evident.  To do otherwise would constitute a serious break with reality.

Some believe we have a binary choice:  take military action against North Korea or acquiesce to the reality that North Korea will join the ranks of nations who are nuclear powers.  This may be true.  But if there is any hope of avoiding these two unbelievably bad options, it will be because a united international community puts aside their differences and takes a firm stand against North Korea.  If the nations of the world truly embrace and enforce stringent economic and cultural sanctions against Korea, if the civilized world cuts off all commerce and support, both financial and material, there is the possibility that the evil regime will be brought to its knees.  We could hope that this united and unequivocal action would end the threat.

If the world will not help, then the United States must do what is necessary to protect its citizens and its allies.  If we are, regrettably, pushed to this point, the awesome responsibility of the President of the United States to first and foremost protect his own people will be brought into stark relief.  What is at stake will become vivid and clear.