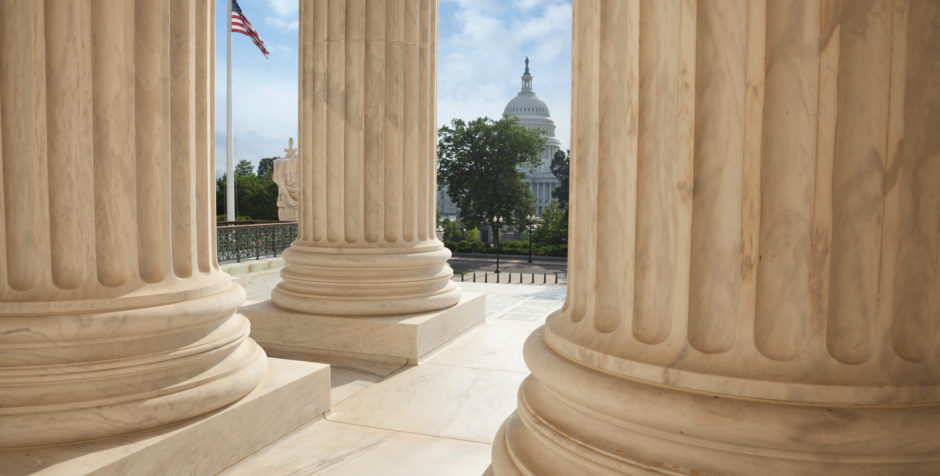 The Proclamation, issued this past September, fulfilled the promise of President Trump’s March 6, 2017 National Security Executive Order. The March 6th Order, among other things, called for a global review by the Secretary of Homeland Security of nearly 200 countries to determine whether they provide sufficient information about their nationals seeking entry into our country. The Secretary was to report the findings to the President. During the review, there was supposed to be a 90-day suspension of entry into this country of nationals from six countries with terrorism concerns (Iran, Libya, Somalia, Sudan, Syria, and Yemen).

As a result of the global review, the Secretary informed the President that eight countries (Chad, Iran, Syria, Libya, Somalia, North Korea, Venezuela, and Yemen) did not satisfy the security criteria. After review and consultation within the Executive Branch, the President issued the Proclamation and imposed immigration restrictions on nationals from those countries until they comply with the necessary security criteria. Our nation also has concerns with terrorism in many of those countries.

This past February, the American Center for Law and Justice (“ACLJ”) filed an amicus (friend-of-the-court) brief urging the Supreme Court to allow the full implementation of the Proclamation. The brief was filed with the support of nearly 300,000 people who have joined the ACLJ’s Committee to Defend Our National Security from Terror.

Since the time we filed our amicus brief, the Trump Administration has continued its review of the security protocols in the eight countries. As a result of that continued review, President Trump removed Chad from the list of countries because Chad has made sufficient security improvements that allow the lifting of the entry restrictions and limitations previously placed on its nationals. The President noted that despite efforts from the United States, the seven other countries have not made notable or sufficient improvements to their security measures. Libya, however, is committed to meeting our security standards.

As the White House Press Secretary stated, the travel restrictions imposed by the National Security Proclamation “help prevent potential terrorists and criminals from reaching our shores and encourage foreign governments to live up to their obligations to enhance security and share essential information with the United States. By lifting travel restrictions on nationals of Chad, the United States is demonstrating that the criteria set forth [in the National Security Proclamation] can and do work to enhance the security of the United States.”

We dealt with those questions in our amicus brief. We explained that the Constitution and federal statutes provide the President with broad power to exclude aliens from this country on the basis of facially legitimate reasons. When the Supreme Court has considered constitutional challenges to immigration-related actions in the past, it has declined to subject those actions to the same level of scrutiny applied to non-immigration-related actions given the sensitive and discretionary nature of the subject. We urged the Court to give that same deference to President Trump.

Furthermore, our brief explained that the Supreme Court has previously stated that a government act is consistent with the Establishment Clause if it has a secular purpose and is not motivated wholly by religious or anti-religious considerations. We explained that the Proclamation clearly serves a genuine secular purpose—protecting our national security—and is not motivated by anti-religious considerations.

Our brief urged the Supreme Court not to disregard the Proclamation’s obvious secular purpose or focus on miscellaneous comments made by then-candidate Trump, or by his advisors (which have been taken out of context to support the incorrect claim that the Proclamation is a “Muslim ban”). We explained that the mere suggestion of a possible religious or anti-religious motive, mined from past comments, is not enough to doom government action.

In its decision issued today, the Supreme Court substantively agreed with the arguments raised by the ACLJ. The Court explained that President Trump lawfully exercised his broad discretion to suspend the entry of aliens into the United States based on his findings (after a worldwide, multi-agency review) that the entry of aliens from the countries of concern would be detrimental to our national interest. Further, the Supreme Court stated that the plaintiffs failed to make the necessary showing that the Proclamation violates the Establishment Clause, despite their claims that alleged campaign-trail comments demonstrated religious animus. The Court held that the Proclamation, which says nothing about religion, is based on legitimate, national security justifications. As a result, the decision of the Ninth Circuit was reversed.

Since the time President Trump began to protect this country from foreign terrorists through his executive actions, the ACLJ has supported those efforts with numerous court filings. You can read more about those filings here.