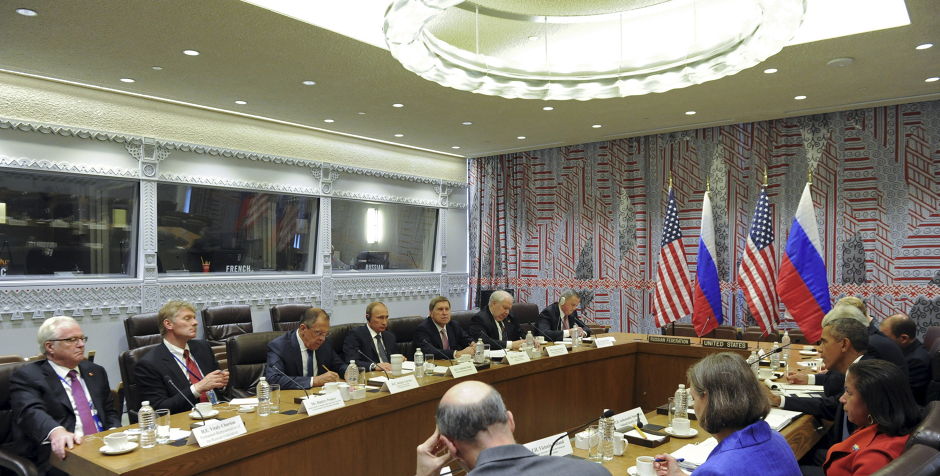 Russia, Syria, the US & Israel

Russia, Syria, the US & Israel

It wasn’t too long ago that President Obama dismissively characterized ISIS as a “jayvee [junior varsity] team.” With the recent insertion of Russian combat forces into the Syrian civil war, it now appears that the true “jayvee team” actually consists of President Obama and his foreign policy advisors.

As former UN Ambassador John Bolton aptly noted, U.S. foreign policy for the past fifty years (irrespective of which party occupied the White House) has been to keep the Russians out of Middle East affairs. Yet, the foreign policy of this Administration—based as it is on lofty phrases and well-intentioned, but empty, rhetoric rather than on a proper understanding and appreciation of Realpolitik—has created a political vacuum in the region into which numerous bad actors have flowed: Shiite Iran, the largest state sponsor of terrorism worldwide; ISIS, the most ruthless Sunni terrorist group currently in existence (so ruthless, in fact, that even leaders of al-Qaeda blanch at its barbarism); and now the Russians, the former Great Power seeking to rise phoenix-like from the ashes to challenge the United States and the West.

To understand what’s happening, let’s take a moment to understand the situation in Syria and how it evolved. Syria has been ruled by the al-Assad family since the early 1970s. The family adheres to the Alawite branch of Islam (a branch similar to Shiite Islam, the main religion in Iran).

Yet, the majority religious faith in Syria is Sunni Islam. Sunni Islam makes up about 85% of all Muslims around the world. As such, Syria has been ruled since the 1970s by a family from a minority Islamic sect. The Regime has retained power by ruthlessly suppressing the majority Sunni population. Hence, when the so-called “Arab Spring” arose, Sunnis in Syria thought that the time had come to throw off the Alawite yoke and establish a Sunni Arab state.

That uprising morphed into a vicious civil war in Syria where hundreds of thousands have been killed, where millions of refugees have fled to nearby countries (and, more recently, to the European Union), where chemical weapons have been used on the Syrian civilian population, and where jihadist terrorist organizations have arisen and are flourishing.

Let’s identify the key actors in this conflict and who supports whom and why:

It seems to me that the Russians, the Americans, and the members of the coalition have only one goal in common—all of them wish to see ISIS destroyed. It is in the pursuit of their competing goals where problems may arise.

The recent introduction of Russian forces may, in fact, be a serious game changer in the region. The Obama Administration has no stomach to do what is necessary to defeat ISIS, much less roll back Iranian influence throughout the region (including Iraq and Yemen in addition to Syria) or challenge the Russian presence. To do so would require the expenditure of significant resources that this Administration would rather spend on social programs in the United States, in addition to a vision of the U.S. as a true leader in the world.

In fact, under the Obama Administration, the U.S. military is at a size and in a condition not seen since the beginning of World War II. Russia and Iran are not blind. They know that now is the time to expand their influence since our President simply cannot bring himself to recognize what is happening and take the action needed. This Administration is single-handedly responsible for surrendering an advantage that took decades for our Nation to achieve.

The most immediate danger, in my view, is the potential for a mistake to be made when Russian, U.S., or coalition aircraft are in the air together. As seen above, these air forces have different priorities in support of different goals.

It is time that this Administration grew up to the realities of this world! 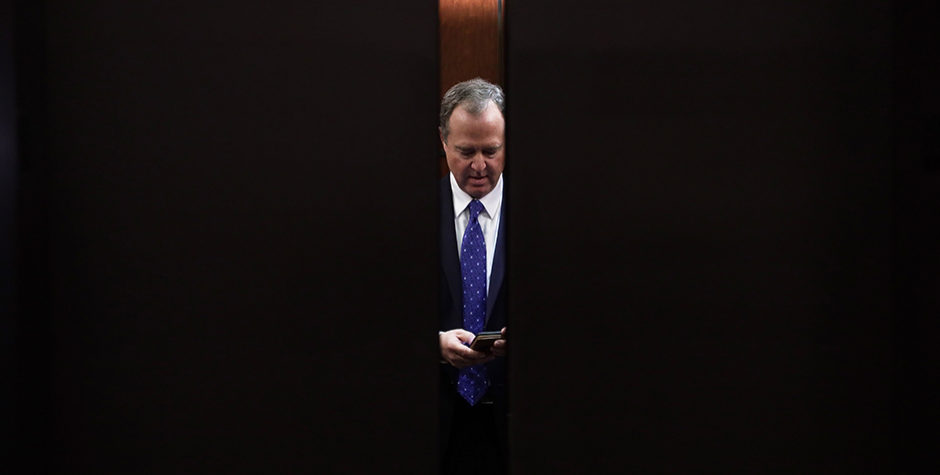 By Richard A. Grenell, Special Advisor for National Security and Foreign Policy1599155100000

Director of National Intelligence John Ratcliffe’s recent announcement to continue providing congressional briefings, but now in written form, is a welcomed development. While Rep. Adam Schiff and the media in Washington, D.C., try and pretend like Members of Congress are no longer receiving...