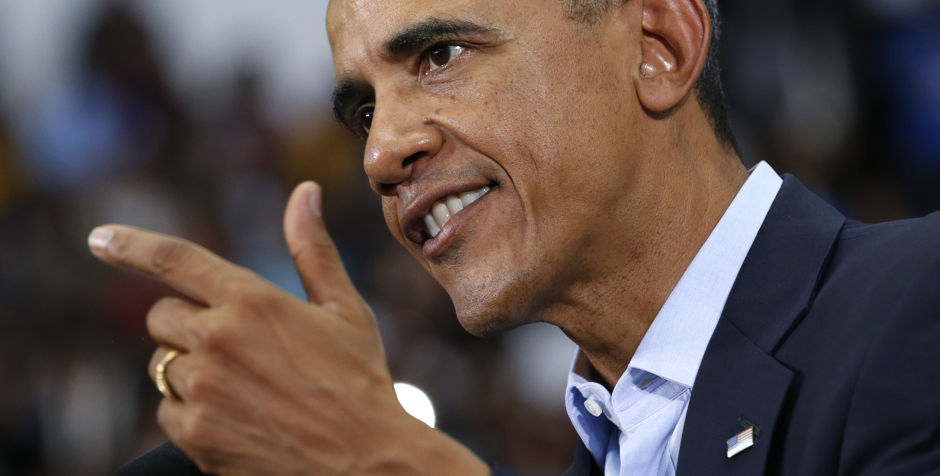 Radical Islamic jihadists pledging loyalty to ISIS committed a terrorist attack on American soil in San Bernardino, California. One of them, Tashfeen Malik, had posted numerous social media messages about violent jihad – “She said she supported it [and] she said she wanted to be a part of it.”

As The New York Times reported,

Had the authorities found the posts years ago, they might have kept her out of the country. But immigration officials do not routinely review social media as part of their background checks, and there is a debate inside the Department of Homeland Security over whether it is even appropriate to do so. . . .

The discovery of the old social media posts has exposed a significant — and perhaps inevitable — shortcoming in how foreigners are screened when they enter the United States, particularly as people everywhere disclose more about themselves online. Tens of millions of people are cleared each year to come to this country to work, visit or live. It is impossible to conduct an exhaustive investigation and scour the social media accounts of each of them, law enforcement officials say.

Wait, what?!?!? How is it impossible to scour social media accounts of people wanting to come to our nation in an age in which we know members of ISIS and other jihadist groups are trying to enter our nation through any means possible to carry out deadly attacks on our homeland?

And lest you think our corrupt and bloated bureaucracy is incapable of this (after all, Tashfeen Malik had been cleared by three national security and criminal background screenings), remember that it was the Obama campaign in 2012 that used Facebook in groundbreaking and innovative ways to target possible voters.

If it’s good enough for President Obama to be reelected, it should be good enough to protect the lives of innocent Americans from terrorists bent on slaughtering them.

So why isn’t our government reviewing social media posts for jihadist activity?

Social media comments, by themselves, however, are not always definitive evidence. In Pakistan — as in the United States — there is no shortage of crass and inflammatory language. And it is often difficult to distinguish Islamist sentiments and those driven by political hostility toward the United States. At the time Fehda Malik’s comment was posted, anti-American sentiment in Pakistan was particularly high; four months earlier, American commandos had secretly entered Pakistan and killed Osama bin Laden.

Hold on a second – The New York Times thinks it might be okay to not review social media posts because it might be difficult to distinguish between anti-American rhetoric opposed to our special ops forces killing Osama bin Laden and jihadists who want to murder all Americans?

I think most Americans would say these posts should be screened to let neither of these groups in when considering vetting those applying for visas and refugee status.

This morning on ABC News, John Cohen, a former acting under-secretary at DHS for intelligence and analysis, confirmed just how mind-boggling these policies are.

"During that time period immigration officials were not allowed to use or review social media as part of the screening process," John Cohen, a former acting under-secretary at DHS for intelligence and analysis. …

A spokesperson for the DHS, Marsha Catron, told ABC News that months after Cohen left, in the fall of 2014, the Department began three pilot programs to include social media in vetting, but current officials say that it is still not a widespread policy. A review of the broader policy is already underway, the DHS said.

Cohen reported that USCIS and ICE officials pushed for a policy change to gain insight into possible terrorist involvement, but said the debate centered around optics and concerns about privacy and civil liberties in the aftermath of Edward Snowden and NSA surveillance.

Even a former senior counter-terrorism official told ABC News that these were bad faith arguments.  I would say that is an understatement.

The policy to vet social media accounts has only recently been reviewed in the aftermath of the San Bernardino attack.

Even Democrat Sen. Charles Schumer (D-NY) is demanding reform, saying the victims of San Bernardino would be alive if social media screening occurred.

And in an era when ISIS uses social media propaganda to recruit, plan, and promote its radical Islamist ideology, why would U.S. officials not review social media posts?

The Wall Street Journal is now reportingthat DHS is planning to revise its policies. If they don’t, it would be dereliction of duty.  Congress must take the lead in correcting President Obama’s failed policies following the ACLJ’s comprehensive plan to reform our visa waiver program, visa and green card programs, the refugee program, military spending and readiness, and a proper Authorization for Use of Military Force designed to defeat ISIS once and for all.