Is the Intelligence Community Trying to Subvert Our National Security? | American Center for Law and Justice
Search  |  Logout  |  Login  |  Register 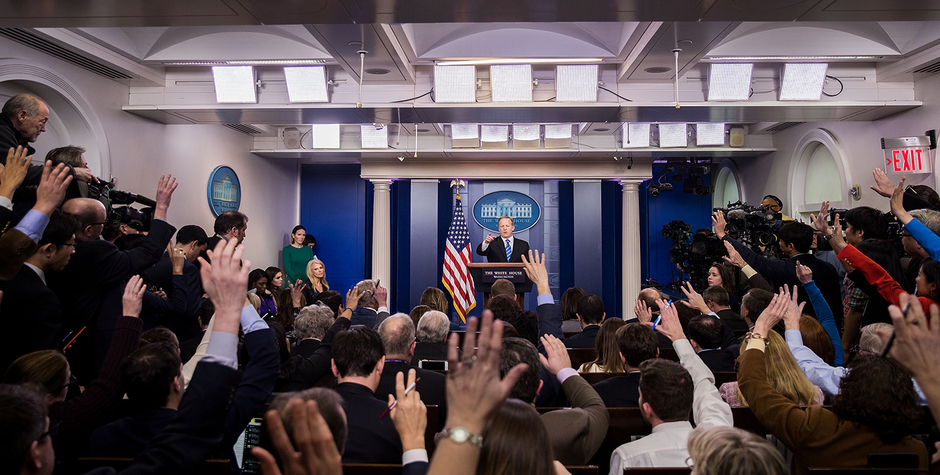 Is the Intelligence Community Trying to Subvert Our National Security?

While opponents of President Trump have become emboldened in the wake of General Flynn’s resignation as the National Security Adviser, and while the media has reveled in a frenzy of self-righteous outrage that conceals its glee, it is important to observe that his resignation was sparked by leaked information coming from unelected bureaucrats within our nation’s intelligence apparatus, seemingly provoked by their deep distaste for the new Administration. Even more ominously, some of these bureaucrats are perhaps motivated by their loyalties to the Obama Administration.

While General Flynn appears to have misled Vice President Pence and mistakes have clearly been made that require ever more vigilance towards Russian authoritarian aggression, we must not overlook the intelligence leaks within our own government and the dangerous consequences flowing from them.

First, as the New York Times reported earlier this week, in its final days, the Obama Administration expanded the power of the National Security Agency (NSA) to share globally intercepted personal communication with the government’s 16 other intelligence agencies before applying any privacy protections. The new rules were issued under section 2.3 of Executive Order 12333 after approval by two Obama Administration officials: Attorney General Loretta Lynch and Director of National Intelligence Director, James Clapper.

Second, the new rules, which were issued in an unclassified document, entitled Procedures for the Availability or Dissemination of Raw Signals Intelligence Information by the National Security Agency (NSA), significantly relaxed longstanding limits on what the NSA may do with the information gathered by its most powerful surveillance operations. These operations are largely unregulated by American wiretapping laws. Surveillances include collecting satellite transmissions, phone calls, and emails that cross network switches abroad, and messages between people abroad that cross domestic network switches.

The changes initiated by the Obama Administration in its waning days empowered far more agents and officials to search through raw intelligence data. As a direct consequence of the change in policy, it appears that the prospect of intel leaks grew exponentially. Attorney General Loretta Lynch signed the new rules permitting the NSA to disseminate raw signals intelligence information on January 3, 2017 after Director of National Intelligence James Clapper signed them on December 15, 2016.

Prior to these changes, the NSA filtered information before sharing intercepted communications with another agency such as the CIA or the intelligence branches of the FBI. The NSA only passed on information deemed pertinent before the new order screening out the identities of innocent people and irrelevant personal information. Now intelligence agencies can search directly through raw repositories of communications intercepted by the NSA and then apply such rules as required for minimizing privacy intrusions.

Under the new rules, agencies and individuals can ask the NSA for access to specific surveillance feeds premised on the claim that they contain relevant information that is useful to a particular mission. Then the NSA has the discretion to grant such requests if it deems the request reasonable. Properly understood, the contents of the conversations engaged in by members of the Trump Administration and by President Trump himself are now under an increasing risk that they will be exposed to the public for purposes of embarrassing the Trump Administration and in order to impede the effectiveness of his policies.

The Obama Administration’s change in policy has grave implications for former National Security Adviser General Flynn and other Trump Administration officials. Under the new Obama Administration rules, conversations were and are subject to being shared with a wider network of individuals and operatives. This process multiplies the likelihood of leaks and the number of people who could be doing the leaking. Although proof of cause and effect may be difficult, consider the following record, which appears to be far more than coincidental.

It is apparent that news reports regarding the contents of General Flynn’s communication with foreign officials surfaced first during the final days of the Obama Administration. Washington Post reporter David Ignatius authored a January 12, 2017 column disclosing that a senior U.S. government official indicated that General Flynn phoned Russian Ambassador Sergey Kislyak several times on Dec. 29, the day the Obama administration announced the expulsion of 35 Russian officials and other sanction measures. It is no coincidence that the leaks implicating General Flynn have grown ever since.

How did Mr. Ignatius and other reporters get access to classified information, which they have used ruthlessly to deprecate both General Flynn and the Trump Administration? More likely than not, they obtained such information because intelligence agents unleashed by the Obama Administration had additional access to information as contemplated by the new rules and procedures approved by Attorney General Lynch and DNI Director Clapper.

Since misconduct by members of the intelligence community impairs national security, the ACLJ urges President Trump to take immediate action to root out this subversive mischief. The first step in this process is to immediately revise Executive Order 12333 and invalidate the rules issued by Obama Administration officials, which increase the likelihood of intelligence leaks now and in the future. Such leaks could facilitate a soft intelligence coup that places the security of the United States at risk.

The leaks must end now. Our national security depends on it.