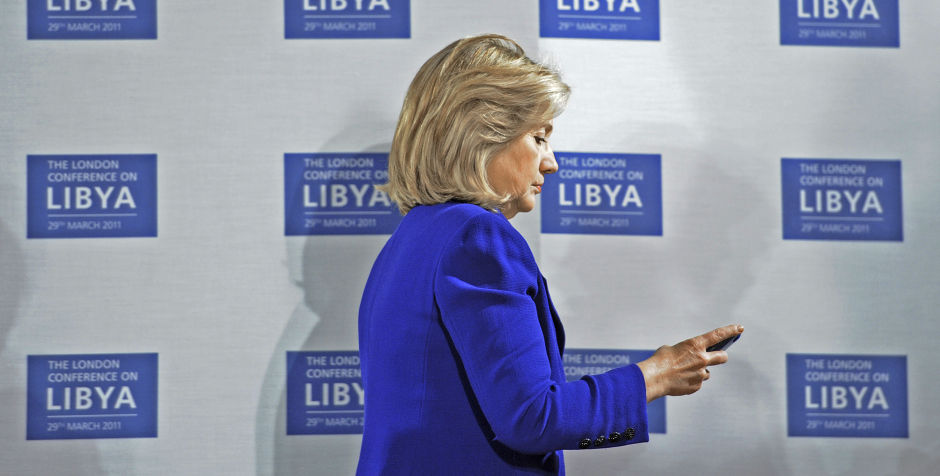 In the 21st century, technology allows us to communicate with anyone from anywhere on nearly any electronic device.

But the enemies of freedom are frequently targeting our technological infrastructure to wreak havoc and collect any amount of personal and classified information they can.

First, the recent Office of Personnel Management hack resulted in malicious hackers – potentially led by the Chinese government – stealing personal information on over 20 million Americans and government officials. This information could provide our enemies with a spy-recruiting database.

The government deflected and downplayed this hack, which some are calling the 9/11 of cyber security attacks.

Secretary Clinton and her spokespeople have repeatedly insisted none of the e-mails sent using that private server were classified at the time she sent or received them.

That now appears to be completely false, but with the way Secretary Clinton conducted her private, unsecured e-mail server, how would we know?

As The New York Times reported:

“[A]n examination of records requests sent to the department reveals how the practice protected a significant amount of her correspondence from the eyes of investigators and the public. Mrs. Clinton’s exclusive use of personal email for her government business is unusual for a high-level official, archive experts have said. Federal regulations, since 2009, have required that all emails be preserved as part of an agency’s record-keeping system. In Mrs. Clinton’s case, her emails were kept on her personal account and her staff took no steps to have them preserved as part of State Department record.”

Secretary Clinton has stated that she has deleted personal e-mails and, until recently, refused to turn over the other e-mails on the server or on her lawyer’s thumb drive.

The Wall Street Journal has more:

“As a result of the findings, the inspector general referred the matter to the Federal Bureau of Investigation’s counterintelligence division. An official with the Department of Justice said Friday that it had received a referral to open an investigation into the potential mishandling of classified information. Initially, a Justice Department official said Friday morning the investigation was criminal in nature, but the department reversed course hours later without explanation.”

Recent developments this week reveal that the inspector general has now told Members of Congress that two of the four e-mails actually contained “top secret” information, a higher classification than previously reported.

Secretary Clinton has subsequently handed over her private computer server and the thumb drive containing copies of her e-mails.

Did Secretary Clinton’s e-mail practices put our national security at risk? With Secretary of State Kerry’s recent claims that China and Russia likely gained access to his e-mails, one can only imagine who could have accessed this “top secret” information on Secretary Clinton’s unsecured private server stored at her home.

Top Secret refers to national security information or material which requires the highest degree of protection. The test for assigning Top Secret classification is whether its unauthorized disclosure could reasonably be expected to cause exceptionally grave damage to the national security. Examples of exceptionally grave damage include armed hostilities against the United States or its allies; disruption of foreign relations vitally affecting the national security; the compromise of vital national defense plans or complex cryptologic and communications intelligence systems; the revelation of sensitive intelligence operations; and the disclosure of scientific or technological developments vital to national security. This classification is to be used with the utmost restraint.

The fact that information that could cause “exceptionally grave damage to the national security” was sitting on an unsecured server at Secretary Clinton’s house should be of concern to every American.

Have any crimes been committed? Have any laws been violated? Should the Department of Justice and FBI be conducting a criminal investigation?

There are many laws, both civil and criminal, that could potentially be at play here.

The Federal Records Act (44 U.S.C. § 3101) requires all government agencies and government officials to preserve records and keep copies of official correspondence dealing with the agency’s business, functions, policies, procedures, and more. As The Wall Street Journal reported, “[I]n 2009, the National Archives did issue regulations that said agencies allowing employees to do official business on nonofficial email accounts had to ensure that any records sent on private email systems are preserved “in the appropriate agency recordkeeping system.”

As for potential criminal violations:

“The crime is punishable by up to three years in prison. And interestingly, Congress felt strongly enough about the crime that it included the unusual provision that the perpetrator shall “forfeit his office and be disqualified from holding any office under the United States.” The requirement for specific intent in this criminal law — “willfully and unlawfully” — and the fact that Loretta Lynch would ultimately decide whether to bring prosecution, makes it doubtful that charges would be filed. But the better question is how could Hillary Clinton, in light of this prohibition, decide that this was a good (or legal) idea? Setting up a shadow e-mail server to conduct all official business as secretary of state is an action plainly undertaken for the purpose of evading federal-records laws. And Clinton was successful at that, avoiding congressional and citizen demands for review of her record during her term in office.”

As Mr. Coffin points out, if there is a need for criminal investigations, can we really trust the same Department of Justice that colluded with FBI and IRS officials to unconstitutionally target grassroots conservative groups to thoroughly investigate this issue?

The ACLJ is preparing critical legal letters to the DOJ and Congress demanding a full investigation, not a faux investigation.

We are aggressively working on Capitol Hill to ensure a thorough investigation.

This isn’t about politics. Our vital national security is at stake.