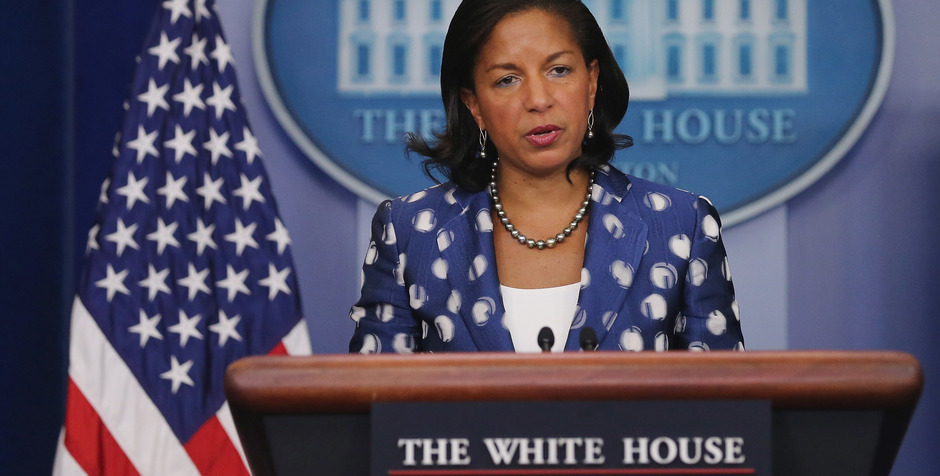 News of the Obama Administration’s politicization of the American intelligence apparatus breaks at an alarmingly consistent pace. With each passing day, what once appeared to be “rogue” actors look more and more like an orchestrated conspiracy where the conspirators’ marching orders come from the highest levels.

But at the ACLJ, we’re not just talking about these developments, we’re taking action.  This week we have taken our most significant legal action yet to hold bad actors accountable – including going to federal court – and to shed light on the motivations behind the abuse of the intelligence gathering power and the coordinated leaking of classified information.

As I told you last week, here is what we know:

Now we know this goes far beyond incidental surveillance. This was spying on political enemies.

This week, the ACLJ took swift and direct legal action to respond to each of these developments – to expose the deep state and stop the corruption.

Susan Rice, former National Security Adviser to former President Obama, intentionally and deliberately reviewed intelligence information on the Trump transition, requested that the names of Americans on President-elect Trump’s transition team be unmasked, and then disseminated that information. When this news broke, I instructed our Government Accountability Project to file legal demands under the Freedom of Information Act (FOIA) for records of Rice’s efforts and activities.

Today, we are sending our FOIA request to the National Security Agency (NSA). If they do not respond, we’ll once again go back to federal court.  Rice’s conduct is unprecedented. We will do everything in our power get to the bottom of what she actually did, why she did what she did, and who else was a part of the conspiracy. While the purely political nature of the motive seems obvious, the ACLJ is after the evidence that will prove it.

Last month, we uncovered that the Obama Administration changed the rules under Executive Order 12333 and dramatically increased access by bureaucratic agencies to the raw intelligence information held by the NSA. It did so just days before the Obama Administration left office and President Trump was to be sworn in. We immediately submitted legal demands under FOIA to find out the who, what, and why behind what appears to be a change motivated by political retribution.

The agencies failed to respond to our requests as required by the law, and so yesterday, the ACLJ took them to federal court.  In our Complaint, we alleged that the NSA and the Office of the Director of National Intelligence (ODNI) both ignored the clear requirements of FOIA and are wrongfully withholding the records we identified.  Those records are critical to understanding the depth of what is happening – and the carefully calculated collusion behind it.

And, as I mentioned, deep state operatives consistently leak selective information –intelligence information, classified information, information that jeopardizes U.S. intelligence methods, sources, and even the very integrity and reputation of the U.S. intelligence community – all for purely political purposes.  I understand that, in Washington, leaking is certainly not new. But it has never happened at such an alarming rate and with a root system embedded deep and wide throughout the bureaucracy – the shadow government.

When, by her own admission, former Department of Defense Assistant Secretary Evelyn Farkas communicated with others – her former colleagues, friends on “the Hill” – and implored them all to obtain and spread intelligence information on the incoming Trump Administration, she may have violated federal law.  But she also may have opened a door to finding out who else was a part of the burgeoning conspiracy.

Today, the ACLJ delivered another set of FOIA requests, this time to the Department of Defense.  Our requests seek all records of any DOD employees’ communication with Farkas concerning President Trump.  This is one way we can determine who else participated in the intelligence abuse and leaking scandal.

At the ACLJ, we will identify and utilize every available legal resource to shed light on what very well may be the biggest political scandal in modern American history. The Freedom of Information Act exists for a reason. Ironically, according to President Obama, the Act “encourages accountability through transparency,” and “is the most prominent expression of a profound national commitment to ensuring an open Government.” We can, we must, and we will hold those responsible accountable. The American political tradition and the integrity of the Republic depend on it.

The news of reckless “leaks” and the politicization of American intelligence apparatus unfolds daily before our eyes.  If we don’t stop it, the cheapening of our intelligence community and the degrading of its integrity will continue. Just yesterday, we learned that classified FISA court information – including the unmasking of yet another American name – was leaked to the press.

FISA court information is supposed to be among the most carefully guarded and most sensitive intelligence information within our government. Our team is already working on ways we can help expose the people behind this latest instance of the continuous drip of sensitive and protected information, and perhaps even more importantly, their motive.

You can stand with us. We need your voice.  Join us in our mission of seeking answers, justice, and the restoration of integrity and accountability in our government.