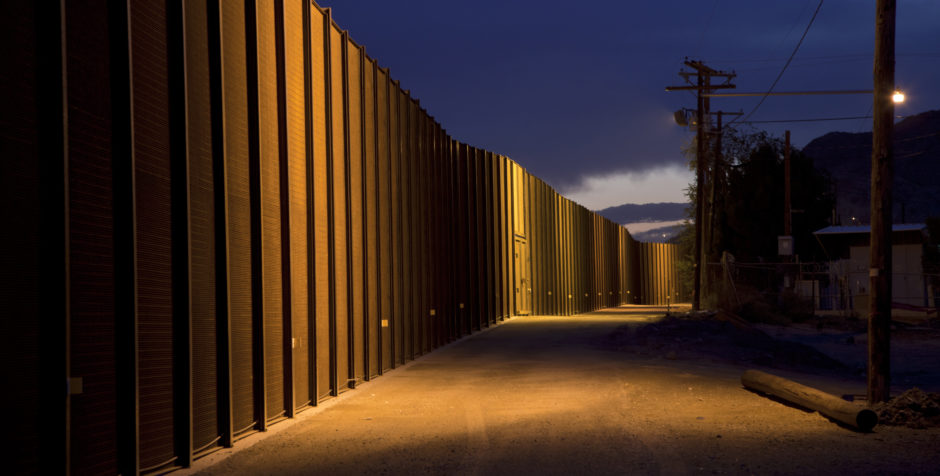 5 Reasons Why the Border Wall IS a Moral Issue

5 Reasons Why the Border Wall IS a Moral Issue

In a recent interview, Nancy Pelosi, the presumptive incoming Speaker of the House, called the concept of a border wall immoral.  Calling the wall expensive and ineffective, she doubled down on the subject, elevating opposition to the proposed wall to the level of existential right and wrong, a moral absolute.  Of course, she co-opts this important topic for blatant political purposes. Her loathing of President Trump obviously outweighs her sense of obligation to secure the country and provide safety for its citizens.

However, she is quite correct that the wall is a moral issue.  In fact, it is unconscionable and immoral to NOT have a strong border wall.

Building the wall, to an open-minded, fair-thinking person, should be the most compassionate, sensible and moral thing our nation could do in addressing concerns over our southern border.  Here are five reasons why:

The political gamesmanship by the Left in our country over the border wall is inexcusable.  Many of them do not want to solve this issue, including comprehensive immigration reform, because if they resolve the matter, they lose one of their political tools and talking points.  It belies the compassion they claim to have on those seeking entry into our country.  Why would they not want more legal ports of entry and more personnel to man them in order to compassionately welcome those seeking to come here?  Why would they not do everything in their power to stop human trafficking and drug-smuggling?

In January of this year, Senator Chuck Schumer offered 25 billion dollars for the wall, only to quickly remove it from the table, as his political base wasn’t happy about the compromise.  In 2006, Senator Schumer, along with then-Senators Clinton and Obama, called for a border wall with Mexico.  What changed?  Donald J. Trump is now President; that is all.

It is time for the insanity to stop.  Using the issue of a border wall as a political bludgeon must cease.  Weaponizing border security must be called out for what it truly is.  Congresswoman Pelosi, you are correct that the border wall is a moral issue.  It is immoral to not build it.  It is disingenuous and duplicitous for Senator Schumer and you to oppose it.  Build the wall.