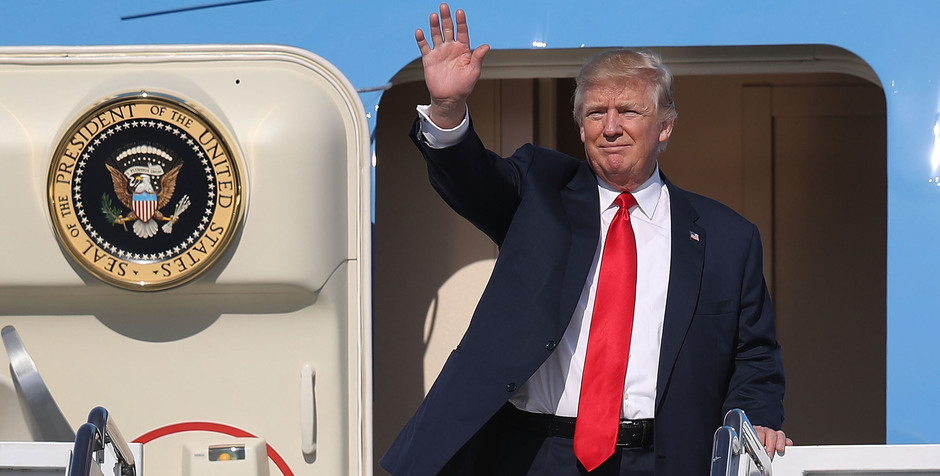 The Significance of President Trump's Trip to the Middle East

As the President visits Saudi Arabia, the implications for foreign policy and national security, including the ongoing fight against radical Islamic jihad, are strategic and striking. The President will also travel to Israel following his meetings with Arab leaders. The trip’s significance and possible ramifications are numerous.  With a follow-on trip to the Vatican, this marks the first time a U.S. President will visit the centers of the world’s three major religions in one trip abroad.

The Saudis felt minimized, to say the least, by the Obama Administration.  President Obama’s outreach to (and placation of) Iran was seen as a snub to Saudi Arabia—the Sunni Saudi Arabians also see Shi’a Iran as a threat to their national security and the security of the wider region. President Obama chided Saudi Arabia in the midst of the controversial Iran nuclear deal, reminding the Saudis that they must “live in the same neighborhood” as the Iranians, putting the burden on the Saudis to play nice.

Saudi Arabians (I deployed there and lived for almost one year in Bahrain) pride themselves on being allies of America.  The population, generally, is very pro-American, this despite their very stringent interpretation of Islam. However, they were not fans of President Obama.  The ruling royal family have been very vocal in their support of President Trump.  This could lead to a new and extremely positive chapter in the relationship between the U.S. and Saudi Arabia.

On the other hand, the religious/political landscape in Saudi Arabia is complicated.  As ACLJ Chief Counsel Jay Sekulow discussed in his last book, Unholy Alliance, the Wahhabi school of Islam has historic roots in the nation and feeds into the ideology of Islamism. Some wealthy Saudi subjects are known to have financially supported radical Islamic jihad; most of the 9-11 hijackers were from Saudi Arabia.  As the keeper of Islam’s two most holy shrines (Mecca and Medina), the Saudis want to appear to be both “defenders of the faith” and faithful Muslims.  The tremendous influence of both the conservative Wahhabi Imams in the country, and the critical eyes of Muslims everywhere on the nation from which Muhammad came, puts the Saudi rulers on a delicate tightrope.

The Royal Family needs the support of the religious establishment to stay in power; however, Saudi Arabia also needs to cooperate with the western world (especially the U.S.) for financial reasons and reasons involving their own national security.  The Saudis count on the robust defense of the United States if they are ever attacked.  As oil revenues have collapsed, Saudis seek to diversify their financial infrastructure. For this, they need U.S. markets, expertise, and opportunities.

Iran has been sowing the seeds of insurrection in Saudi Arabia, capitalizing on the Arab Spring to destabilize the Arab Gulf States. The Saudis took a very hardline on the Arab Spring both in their own nation and in their close ally Bahrain, a nation 12 miles off the coast of Saudi Arabia but connected by a series of bridges, where the Saudis deployed troops to defend the Bahrain Royal Family.

The Saudi government has been a key U.S. ally ever since the first Gulf War when they first allowed U.S. troops to be stationed there.  Their military leaders train in the U.S.  They buy billions of dollars’ worth of U.S. arms each year.  Ahead of President Trump’s trip there, they have pledged to spend an additional 110 billion dollars for military equipment.

The Saudis have quietly built a cooperative relationship with Israel.  To radical Islam, including Islamists within their own country, this is a non-starter.  But the Saudis are pragmatists:  They know that U.S. support of Israel is non-negotiable.  They also quietly realize that Israel is a major key to stability in the Middle East and one of the most effective opponents of radical Islam—an ideology which threatens both Israel and Saudi Arabia.  They share a common enemy.

The Wall Street Journal reports Saudi Arabia may be ready to “invite the U.S. military back to Saudi bases vacated in 2003 in the face of opposition to foreign troops in the land of the two holy mosques. Riyadh is fighting a costly war against Iran-backed Houthi rebels in Yemen.” The new crown prince, Mohammad bin Salman Al Saud, who is also the Minister of Defense, wants more U.S. support. “If the leaders agree to return the U.S. military there, it would mark a significant new commitment to Saudi Arabia’s defense—and surely be seen by Iran as a provocation. It would be a clear triumph for both leaders—and a repudiation of Mr. Obama’s exhortation that Saudi Arabia ‘share the neighborhood’ with Iran.”

The strategic significance of the above factors is apparent as President Trump takes this journey.  While in Saudi Arabia, the President will meet with over 50 leaders from the Muslim-majority nations in the region.  This alone has the potential to be the single most critical component to date in the fight against radical Islam.  If there is consensus among these Muslim leaders and the U.S. as to uniting in the fights against ISIS, al Qaeda, Hezbollah (an Iranian proxy), and the malevolent influences of Russia and Iran in the region—the ramifications are incalculable.  There is the potential for a significant intensification in the fight against radical Islam.

Security will be tight.  Radical elements in the populations of Saudi Arabia and the other Middle East nations coming to this summit would like to express their disapproval of the U.S./Saudi relationship, and the participation of other Muslim countries, in violent ways.

Considering President Trump’s immigration order limiting travel from six countries in the region, it will be interesting to watch the interaction between the U.S. delegation and the other participants.  If any of the Arab leadership express “understanding” or tacit approval of the Executive Order, it will be instructive to watch the reactions of the Left and the mainstream media in the U.S.  Unlike many so-called progressives in America, most Middle Eastern Muslims totally understand the dangers posed by radical elements in their own societies.

President Trump’s first trip abroad sends a clear message to our friends and our adversaries.  It signals a reversal of the previous administration’s vacillation about supporting our Middle East allies and countering the threats of radical Islamic terror.  It is a subtle, yet direct, counter move to the attempts by Russia and Iran to gain influence in the region and to diminish the role of the United States.  Our prayers go with our President to the region.