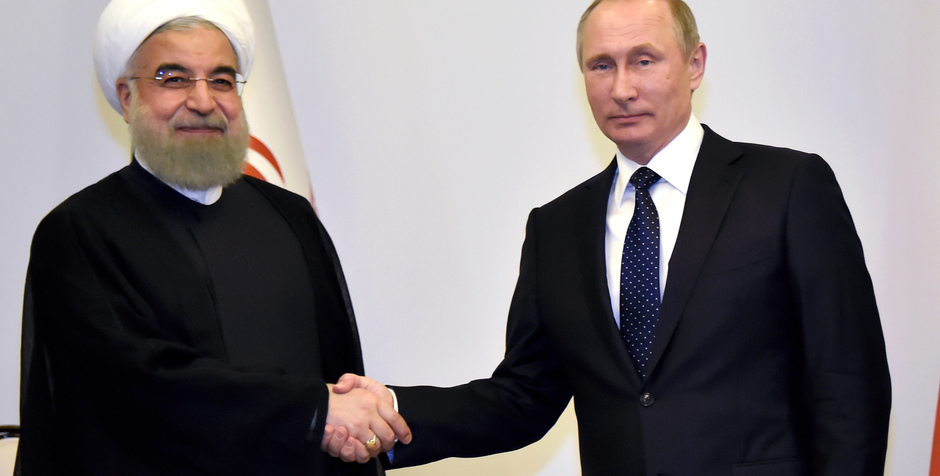 Alarming and disturbing news is materializing in the wake of Vladimir Putin’s latest challenge to U. S. dominance in the Persian Gulf and Middle East.

This news should concern all Americans.

The Washington Times reports that the Russian President continues to outflank Washington. Just this past week, Russia launched bombers from a new base—Iran—thus enabling Putin to strike more quickly with heavier bombardments against U.S.-backed rebels.

At the same time, despite the fact that Turkey shot down a Russian jet that had strayed into Turkish airspace late last year, the record shows that Turkey is beginning to work with Russia and Iran. If this arrangement expands, it threatens the U.S. and the world with a new alliance originating out of three countries that have long competed for influence in the region.

A number of distinguished commentators, including Bret Stephens of the Wall Street Journal, warn that this move forecasts the emergence of a New Dictators’ Club. Ominously, this club echoes events that took place during the 1930s and 1940s when the governments of Japan, Italy and Germany—bitter enemies in World War I—pledged mutual support. Within a short period of time—five years—70 million people would be killed as a result of an authoritarian effort to build a brave new world. Stephens asks: “Would Turkish President Recep Tayyip Erdogan forfeit a U.S. alliance for the sake of a condominium with Russia, his country’s historic enemy?”  It appears that the early answer is an affirmative one as Turkey, after embracing more authoritarian policies, has recently softened its opposition toward Syria’s leader Bashir al-Assad, who is a friend of both Russia and Iran.

Recent evidence—including Russia’s proposal to conduct joint naval exercises with the Chinese navy that would encroach on Japan’s territorial waters—indicates that China may demand entry into this new club. All the more reason why Americans who are interested in national security and global stability should be alarmed at the decline of U.S. influence and the corresponding expansion of Russia’s military power in the world. The startling reordering of the Middle East is supported by Russia and financed by the release of funds to Iran as a result of the Iran nuclear deal. This reordering proceeds apace despite the loss of thousands of American soldiers in Iraq and Afghanistan over the past decade and a half, and the continuing spate of terror attacks by ISIS in Europe, the United States and Africa that produce victims virtually every day.

Why is Russia orchestrating this new unholy alliance? Charles Krauthammer notes the many reasons why he would, since Putin feels like he is pushing against an increasingly open door. This open door appears to be the price of the Obama’s administration’s powerlessness, which is made tangible by its unwillingness to lead. Krauthammer’s analysis tracks with the analysis that ACLJ Chief Counsel Jay Sekulow offers in his forthcoming book, Unholy Alliance: Russia, Iran, and Radical Islam’s Agenda for World Domination. Russia’s cooperation with Iran, the world’s number one state-sponsor of terrorism, strengthened by Iran’s partnership with terrorists in Lebanon and Gaza, if left unchecked, will in the long-run threaten the United States and our most consistent regional ally, Israel.

This situation becomes more alarming as the Turkish government pivots toward authoritarianism and a rapprochement with Russia. This development has the potential to transform the pre-existing triangle into a strategic quadrangle. This possibility becomes ever more ominous since the quadrangle may soon be joined by a fifth partner: China.

This week, the Obama Administration took a decision to engage in joint operations with Turkey in order to attack the Islamic State. Although joint operations may have some appeal because it diminishes the power of ISIS jihadists who continue to commit atrocities against Christians and others while threatening the West, we should not forget the other reason why Turkey is working with us. The reason is simple: A successful joint U.S.-Turkey operation would destabilize and weaken America’s ally and most effective force battling ISIS, the Syrian Kurds, a group that Turkey abhors.

The ACLJ will continue to monitor this ever-ramifying national security situation while opposing the spread of radical Islam and the Obama Administration’s fecklessness. We will also keep Americans informed.

As Chief Counsel Jay Sekulow observes in his latest book, Americans have long fought evil but in order to prevail once again, we must fathom the true nature of the enemies we face. If the United States fails to lead, the enemies of freedom will fill the vacuum.