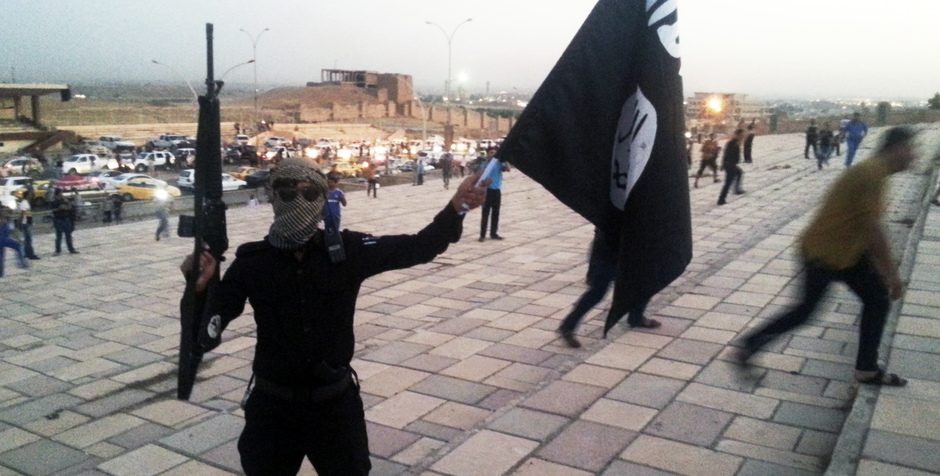 Battle for Mosul & Enemies Around the World

As the battle to retake the ISIS-held city of Mosul enters its second week, Americans are asking a number of questions regarding the latest developments of the battle to defeat ISIS.

What and where is Mosul?

Mosul, with a population of more than 1 million people, is the second largest city in Iraq, located in the north-central part of that country.

Who are the major players and what is involved in the fight for Mosul?

The attack to retake Mosul is made up of a coalition on the ground composed largely of 30,000 Iraq Security Forces (ISF) joined by Kurdish Peshmerga forces, Sunni and Shia militias, Turkish Army units, and 5,000 U.S. Troops in an advisory/support role.  French, British, and U.S. aircraft continually attack ISIS fighters by providing close air support (bombs and missiles) for these ground units.

The coalition is complicated by sectarian and national rivalries.  For example, the Iraqi government is suspicious of having its sovereignty violated by having Turkish forces in the fight; they have grudgingly accepted Turkey’s offer of military assistance but have forbidden Turkey’s armed forces from entering Mosul.  In a late-breaking development, the Supreme Leader Khamenei of Iran categorically forbade Turkey from taking part in the battle against ISIS period. Shia and Sunni militias are traditional enemies of one another.  Each has accused the other of committing atrocities against the other. Mosul is a largely Sunni city which is governed by a Shia government out of Baghdad with ever-closer ties to Shia Iran.  While the Kurdish Peshmerga forces have proved the most courageous and successful on the battlefield, both Turkey and Iraq are fearful that their ultimate goal is to establish an independent Kurdistan comprised of territory of southern Turkey and northern Iraq.  Meanwhile, U.S. forces are often placed in the role of both mediator and traffic cop to the numerous conflicts within the anti-ISIS coalition.

Who are the U.S. troops on the ground, what are they doing, and how dangerous is it?

To date, one U.S. Service member has died  while serving as a member of an Explosive Ordnance Detail (OED) that was attempting to defuse an Improvised Explosive Device (IED). The several hundred U.S. troops involved in direct combat support are largely members of the Special Forces, but include others as well.  The United States is also providing artillery support for the ground operation.  Literally all 5,000 of the U.S. troops in Iraq are in danger.  Their mission either takes them within visual sight of the enemy or places them well within the reach of ISIS rockets, IEDs and suicide attacks.  ISIS purposely burns sulfur to create sulfur clouds, which waft over U.S. and coalition troops, sickening many and causing some to be hospitalized.

Why is the operation progressing so slowly?

The fight is progressing slowly for two reasons.  First and foremost, the coalition must engage in a careful and methodical clearing of villages and towns on the outskirts of Mosul.  In urban warfare like this, individual buildings and residences have to be literally searched and cleared one by one.  This task will become even more difficult and tedious as forces move into the actual city.

The second reason why the battle is progressing slowly is the result of stiff resistance by ISIS fighters.  ISIS uses small arms and rocket fire in combination with suicide bombers, IEDs and car bombs (VBED: Vehicle-Borne Explosive Devices). As a result, the coalition is facing a tough fight for the city. The general impression given by Iraqi officials was that victory would be swift. On the other hand, United States officials have consistently indicated that this battle to retake the city could last months.

Additional problems arise because ISIS is launching suicide bomb attacks in Baghdad as a rearguard operation. Kirkuk and the western Anbar Province, while controlled by the Iraqi government, have also seen an increase in the last two weeks of sporadic attacks by ISIS.
In the city of Kirkuk, over 100 ISIS fighters attacked the city causing widespread destruction and death.

The battle for Mosul is a complicated military operation. It will continue for weeks or, more likely, months.

What are the long-term and strategic issues at play here?

The battle for Mosul will not end the presence of ISIS in Iraq.  Even after the city falls to coalition forces, ISIS will continue to wage guerrilla warfare in Iraq.  Additionally, Europe has expressed concern, as ISIS is defeated on the ground, that citizens from Europe will return home to carry out terrorist attacks there.  It is estimated that 4,000 to 5,000 citizens of Western Europe are presently fighting with ISIS in Iraq and Syria.

Last week ISIS issued orders for the senior leaders of the terror group to evacuate their family members to Syria.  Some local residents are reporting that senior ISIS leaders themselves are fleeing to Syria and the city of Raqqa, which is the headquarters for the self-proclaimed Caliphate.

On Sunday, U.S. Secretary of Defense called for a follow-on attack on Raqqa in order to accomplish the ultimate defeat of ISIS as an organized group.  However, this goal is complicated by the Syrian government of Assad and its ally Russia.  The rebel forces supported by the United States in Syria are still attacked daily by Syrian and Russian warplanes. Russia has threatened to shoot down U.S. aircraft flying there. To make good on this threat, Russia has placed their most advanced anti-aircraft missiles in Syria.  While claiming to fight ISIS, Russia has proved to be an unreliable ally to the United States and an unflinching defender of the Assad regime.  Since talks between Russia and the United States regarding Syria have failed, the way forward to defeat ISIS in Syria is unclear.

Why is Russia not cooperating?

Russia and Iran are executing a determined and clever strategy.  In addition to supporting Syrian President Assad, they are also positioning themselves to be the main power brokers, not only in Syria and Iraq, but in the entire region.  These two nations, while desiring to portray themselves as the heroes who ultimately rid the region of ISIS, are purposely thwarting the efforts of the United States to accomplish this very same goal. As ACLJ Chief Counsel Jay Sekulow said in his NY Times best seller, Unholy Alliance, power abhors a vacuum and Russia is trying to fill it.

Iran, flush with cash from the United States, has increased its support of Hamas and other Palestinian terror groups, including Palestine Islamic Jihad (PIJ) and the Popular Front for the Liberation of Palestine (PFLP).  Iran provides weapons, training and funding to these groups, as well as to the Houthi Rebels in Yemen.  The Houthis have repeatedly attempted to sink U.S. ships in international waters off the coast of Yemen in recent weeks.

The confluence of Iran, Russia and ISIS presents an unprecedented challenge to the United States and its allies.  The challenge is not only political. The security and safety of the United States forces is also at stake.  Moreover, the threats from radical jihadists to our homeland are very real. During the 73 days between Election Day in the United States and Inauguration Day on January 20th, this unholy alliance can be expected to increase their operations and take advantage of this transition period in America.

The United States must plan now for possible reactions to counter the threat of increased aggression from Russia, Iran, and their cohorts in multiple locations around the world.