Our Enemies Unite: China and Iran vs. The United States | American Center for Law and Justice 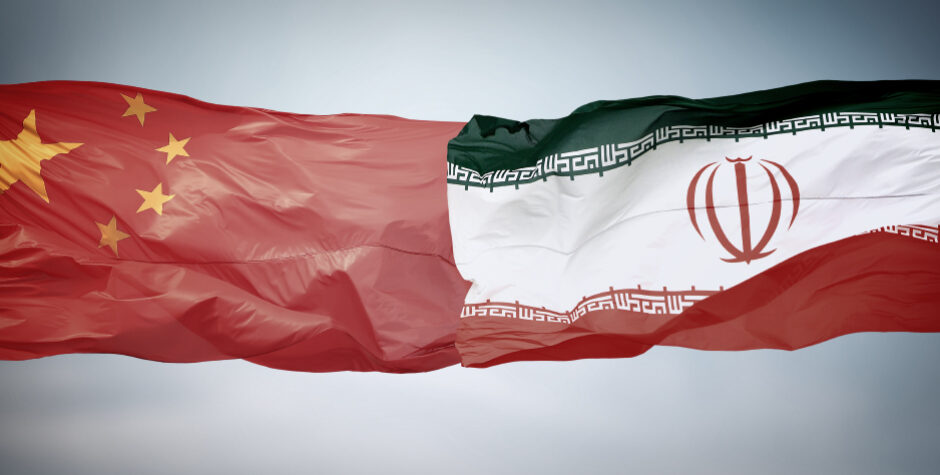 Details about the agreement weren’t immediately released, but a draft of the agreement included Chinese investments in projects ranging from nuclear energy, ports, railroads, and other infrastructure to transfer of military technology and investment in Iran’s oil-and-gas industry. According to the New York Times, it clears the way for 400 billion dollars in Chinese investments in these and numerous other sectors. In exchange, China would get a discounted supply of Iranian oil for the next 25 years. This will give Iran brand-new revenue streams in addition to the 400-billion-dollar deal.

This complicates the United States’ relationship with China even more. American sanctions have included cutting off access to international banking for any company or other entity that does business with Iran. Some of these expanded sanctions have included U.S. targeting of Chinese telecommunications company Huawei, where a criminal case was filed against its chief financial officer, Meng Wanzhou.  Huawei has tried to disguise investments in Iran in order to evade U.S. sanctions. Meanwhile, China clandestinely has at times purchased oil from Iran. China gets approximately 75 percent of its oil from abroad and is the world’s largest importer, at about 10 million barrels a day. The majority of Iranian oil is sold to China.

China’s actions undercut U.S. efforts to put economic pressure on Iran in order to force them into new negotiations and to keep them from acquiring nuclear weapons. China perceives American weakness with the change of Administrations, amid indications that President Biden will significantly change U.S. Middle East policy. This includes reengaging with the Palestinians, restoring financial aid to the Palestinian Authority, and cutting military assistance to Saudi Arabia and other Arab Gulf States—our chief allies in the region in addition to Israel.

China is our number one national security threat for economic, military, and geopolitical reasons. Iran is a self-declared enemy of the United States and a national security threat as well.  Now the two are joining together in a stance against America and to undermine U.S. influence in the region. The seriousness of this new alliance cannot be overstated.

From a national security perspective, chief concerns over the new agreement center on the military cooperation spelled out in the agreement. China and Iran will begin joint military exercises, share military research and weapons development, and also begin exchanging intelligence information.

Iran and China giving each other military assistance is incredibly troubling. American navy ships already face off with Iran in the waters of the Persian Gulf periodically. China’s illegal claim to areas of the South China Sea and placing military bases in international waters there has been an area of grave concern for U.S. officials. There is a reason that last year the Pentagon’s National Security Strategy declared China as an adversary.

The accord between Iran and China includes plans for China to build a 5G telecommunications network and to give Iran access to the Chinese Global Positioning System (BeiDou). Giving Iran access to a Chinese GPS has military implications. China will also assist the Iranian government in asserting greater control over what is in cyberspace. This would restrict internet freedom and access, much like China’s so-called “Great Firewall” does. It would be another way for the Iranian government to limit access to information for the Iranian people and to restrict their freedoms.

China continues to buy influence globally, especially in the Middle East, southern Asia, and Africa. Their financial assistance and construction projects leave countries in the region indebted to the communist nation. China has built a series of seaports along the Indian Ocean, providing refueling and resupply facilities throughout that vast area. While purported to help other countries commercially, this facilitates the Chinese navy to expand its operations.

China has offered to build several port facilities in Iran. One of these is just outside the Strait of Hormuz at the entrance to the Persian Gulf, one of the busiest waterways in the world and of critical importance to the world’s energy supply. The U.S. Navy’s Fifth Fleet is headquartered not far away in Bahrain.  Over 100 new infrastructure projects are listed in the agreement.

The United States, and especially the Biden Administration, must be clear-eyed and realistic about the actions of China and Iran. They must view the world as it is, not as they wish it to be. We urge them to take seriously the oath to defend the Constitution (and the people) of the United States from all enemies—foreign and domestic. China and Iran are not our friends. We must maintain sanctions against these adversaries, not rejoin the JCPOA (Iran nuclear deal), and lead the world in a unified stance against the injustices and human rights abuses committed by these two nations against their own people.

At the ACLJ, we are preparing to engage further to ensure that the truth about the dangers of the rise of China are exposed and to hold the Biden Administration’s feet to the fire to defend America’s national interests. We will mobilize and take direct action through our Government Affairs team, our Government Accountability Project, including Freedom of Information Act (FOIA) requests, and when necessary, litigation.