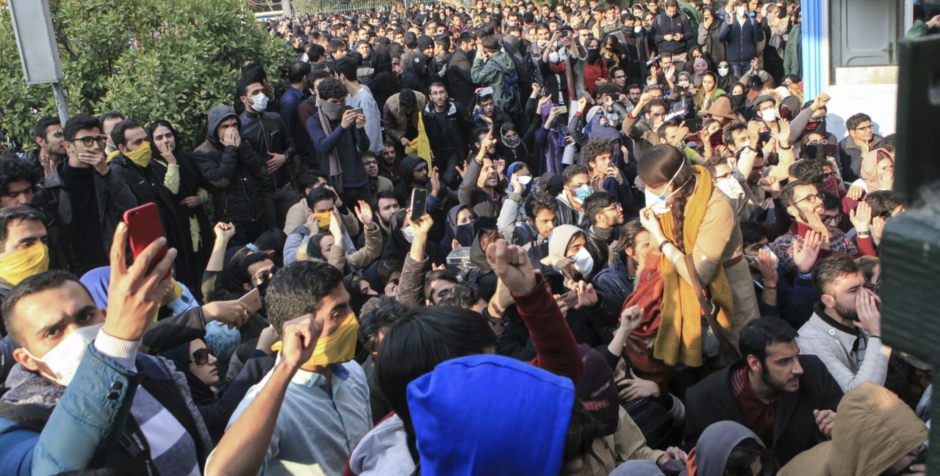 Five Things You Need to Know About the Protests in Iran

Five Things to Know About the Protests in Iran

For almost thirty-nine years the people of Iran have lived under an oppressive theocratic regime that granted the Ayatollah unchecked power.  Prior to that, until 1979, Iran was ruled by a constitutional monarchy, the last monarch being Reza Shah Pahlavi.  While the Shah was an ally of the United States, there were abuses and in the latter years of the Shah’s reign the people endured financial hardships.  So, the people revolted and demanded a change in their government.  The revolution succeeded. However, this people’s uprising was hijacked by the Ayatollah Khomeini and a group of hardline Islamist clergy.

As a consequence, a modern nation, one of the oldest civilizations in the world, went from being an open, educated, sophisticated society to one marked by religious intolerance, violence, and a commitment to Shari ‘a Law that was more akin to the customs of the seventh century than those of the modern era.  Iran became synonymous with torture, illegal imprisonments, and human rights abuses.  It became, and remains to this day, the world’s largest state-sponsor of terrorism.

Once again, the people of Iran have had enough.  Here are five things that you need to know about the demonstrations in Iran that have erupted over the last week.

1- How did the protests start?  They initially began as protests over economic hardships and involved mainly farmers and members of the working class who resented runaway inflation, low wages and unemployment.  The demonstrators objected to the extravagance and wealth of the religious rulers and those in political power, financial corruption and the depletion of their retirement funds.  They resented President Rouhani’s failed promises of economic prosperity that was supposed to be the result of the so-called Iran Nuclear Deal (JCPOA) and the easing of sanctions on the country by Western nations.  The protests were isolated in various parts of the country.

Due largely to social media, the protests grew and began to spread all across the country.  The demonstrations expanded to include the middle class, student activists and the more educated, who stood in solidarity with their fellow citizens.  Additionally, the focus of the anger shifted from merely economic issues to protests against oppression and abuses by the Iranian government.  The demonstrators railed against the billions of dollars the Ayatollah and the government use to fund Hezbollah and other terrorist groups, to prop up the Assad regime in Syria, and to export their radical religious ideology, while the people at home suffered financial hardships.

2- What are the protesters demanding?  They are calling for a change in government and for the Ayatollah Ali Khamenei to step down.  They want an end to the so-called Islamic Republic where the president and other elected officials are subject to the whims, interpretations and absolute power of the Ayatollah.  The protesters want a say in the affairs of government and in their personal lives.  They want to stop funding Iran’s involvement in places like Syria, Yemen, Iraq and territories governed by the Palestinian Authority.

3- What are the protestors chanting?  The Wall Street Journal printed some of the demonstrator’s slogans, translated into English.  They include:
“We don’t want an Islamic Republic.  We don’t want it.  We don’t want it.”
“Independence.  Freedom. Iranian Republic.”
“We are all Iranians; we don’t accept Arabs.”
“We are getting poor and clerics are driving fancy cars.”
“They are using Islam to drive people crazy.”
“Death to the Revolutionary Guards.”
“Reformists, Hardliners: Game is over.”
“Reza Shah, Rest in Peace.”

4- What will the Iranian government do?  If the past is any indication (protests like this happened in 2009) the Islamic Revolutionary Guard Corps (IRGC) and riot police will respond with brutality and in force.  The IRGC is not only a military force; they are also the secret police and control the bulk of the Iranian economy.  In 2009, the IRGC also brought in Hezbollah fighters to ruthlessly put down the demonstrations.  The protestors are risking death and imprisonment in their bid for freedom and a change in government.

Look for President Rouhani to try and co-opt the demonstrations by defending free speech and making more promises for change.  Rouhani is a clever politician.  He will attempt to placate the protestors while secretly jailing leaders of individual demonstrations and by giving free reign to the Revolutionary Guards to respond with force as needed in order to maintain the status quo.  Rouhani believes that the protests can be contained and that the movement will eventually lose energy and go away.

5- Is there a way for this potential revolution to succeed and what can the rest of the world do to support the Iranian people?  This is a complicated situation and there are no easy answers.  Ideally, a group of generals and other senior leaders in the Artesh—the regular Iranian Armed Forces as opposed to the Revolutionary Guard Corps—could rise up to support the protestors and to physically overthrow the Ayatollah and the Iranian government.  This would be fraught with risks.  It might create sufficient momentum so that other political and military leaders would join the cause.  Revolutions do succeed.  Our nation is but one historic example of that.  But more recent revolutions have also succeeded.  However, there are no guarantees.

The Trump Administration is doing the right thing by publicly expressing support for the protestors.  People who long for freedom and who are willing to risk everything to gain it notice what the United States government says.  The support of our government, and that of the American people, can do much to encourage the Iranian people and increase their morale and their courage.  Other Western nations must also publicly and practically offer support to the protestors.

The ACLJ has a five-point plan designed to support the Iranian people and to offer suggestions as to how the United States might help them in their quest for freedom and justice.  These suggestions, along with a petition to end the mistakes of the Obama Administration and to end the ill-advised Iran Nuclear deal with the corrupt Iranian government, are ways that you can be informed and give moral support to the people of Iran.  Our hearts are with all lovers of freedom around the world.  Our prayers and admiration are also with those who are willing to risk, in those now famous words, “our lives, our Fortunes, and our Sacred Honor” in order to be free.