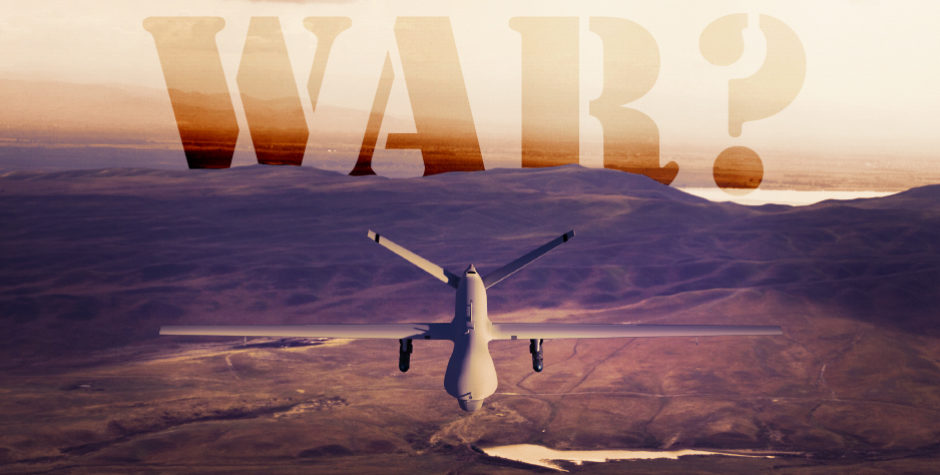 A Military Confrontation with Iran is Coming

A Military Confrontation with Iran is Coming

On Monday, June 24, President Trump signed an order implementing new sanctions on Iran, including for the first time personal financial sanctions against the Supreme Leader, Ayatollah Ali Khomeini,  and eight senior commanders of the Islamic Revolutionary Guard Corps (IRGC).  This follows the downing of an unmanned U.S. drone and President Trump’s decision not to launch retaliatory military strikes against this rogue nation.  Citing the need for a proportional response and the desire not to kill Iranians, President Trump’s decision not to strike back was strategic and smart.  It built moral support from the international community and will certainly temper the reaction of our allies when we do strike Iran.

And an eventual military strike against very selective Iranian targets is a given.  It is only a matter of time.  This is not because the President is trigger happy or his military advisers anxious to go to war with Iran.  Neither is true. Rather, the upcoming military action against Iran will happen because Iran will continue its reckless and malign behavior and will attack another U.S. asset or facility.

In some respects, Iran has never stopped its unprovoked attacks against U.S. interests.  American forces in Iraq have already noted an increase in “indirect attacks” on U.S. facilities in Iraq.  It is part of the Iranian playbook:  to use its militias in Iraq and other proxies in the region to launch attacks.  They think this gives them plausible deniability. It does not.  Their actions are neither plausible nor deniable.

There has been a spike in rocket and missile attacks traceable to Iran.  For example, last Wednesday a rocket attack in Basra, Iraq forced 40 civilian employees to evacuate an Exxon oil-drilling facility.  Last week three rockets struck a military installation north of Baghdad used by U.S. military trainers.  Balad Air Force Base, home to a squadron of Iraqi Air Force F-16 fighters and a contingent of U.S. military personnel, was hit with three mortar shells last week.  Several Katyusha rockets landed recently near several installations housing American military personnel.  There are about 5,000 U.S. troops in Iraq.

In the Iraq War, Iran was personally responsible for the deaths of over 600 U.S. troops by providing training and shaped charges for IEDs used by the insurgency, a more powerful explosive capable of penetrating the armor on U.S. vehicles.

One of the most telling messages from Iran telegraphs another direct attack by Iran’s IRGC against the United States:  A commander in the Islamic Revolutionary Guard Corps (IRGC) said U.S. regional bases and its aircraft carrier in the Gulf are within the range of Iranian precision-guided missiles.  "US forces in the region were a threat, but they are now an opportunity [for Iran] ... They do not talk about war with Iran, because they know how susceptible they are," the head of the IRGC' aerospace division, Amir Ali Hajizadeh, said on state television.  Additionally, Hessamodin Ashena, an aide to the Iranian president tweeted, “We are neither warmongers nor do we deserve sanctions. But we consider war and sanctions as two sides of the same coin.”

Iran’s Foreign Minister Zarif said there "will be painful consequences if there is an escalation." But also added that Iran was "not interested in escalation." Instead, he called for an immediate end to the "economic warfare" waged by the U.S. on Iran, saying that sanctions were "depriving citizens of their means of livelihood."   "All we want to do is sell our oil," Zarif said, adding that the U.S. was "just a bully preventing people from buying our oil."  He said U.S. sanctions, which have hit the Iranian economy hard, "amounts to terrorism" on the country's citizens.

Never mind that U.S. sanctions are in response to Iran’s march towards a nuclear weapon, its continued testing of ballistic missiles to carry those weapons, and its continued export of terror throughout the region.  Saudi Arabia is now routinely attacked with missiles supplied by Iran.  Its parliament still chants “Death to America” and “Death to Israel.”   It has used its Revolutionary Guard Corps to attacks six oil tankers in recent weeks. Iran has hired hit men to carry out assassinations of its political enemies in Europe.  And the United States is clear:  the sanctions are meant to bring Iran back to the negotiating table, to convince Iran to stop its support of terror and to get Iran to agree to not pursuing a nuclear weapon.

Iran is hoping to get Europe and other nations to pressure the United States into easing sanctions and ending the economic embargo against Iran.  Iran’s recent behavior hopefully will ensure that Europe will stand with the United States on this matter.  That is not a given.  Europe is in the appeasement Hall of Fame and its go-to position seems to be to always compromise with dictators and authoritarian regimes, whether it was Hitler in the 1930s or the Soviet Union throughout the Cold War.

This ongoing saga includes predictable and unpredictable reactions. Predictable:  The U.N. condemned the mining of the ships in the Gulf of Oman this week but refused to name Iran as the perpetrator, even though the evidence is irrefutable.  (It is much like the U.S. Congress just recently condemning anti-Semitism but not naming the member of the House of Representatives who actually used anti-Semitic language.)  Some Democrats and leftists say Iran would not be acting out if President Trump had not withdrawn the U.S. from the Iran nuclear deal; in other words, it is the President’s fault.  China and Russia have urged the U.S. and Iran to use restraint, even though Iran is the only one acting in a dangerous and unrestrained manner.

But how Iran will act in the future is unpredictable. One must bear in mind that in negotiating and trying to deal with Iran that you are dealing with a very, very large criminal enterprise.  It is a large, well-funded terrorist group.  It has all the markings of a street gang combined with the considerable resources of a nation-state.  The international response to Iran must be clear-eyed and firm.  Now is not the time to ease sanctions or to give Iran a break.  The security of the region, freedom of navigation in international waters and airspace, and the world economy depend on how the United States and its allies respond to the toxic behavior of the world’s largest state-sponsor of terrorism.