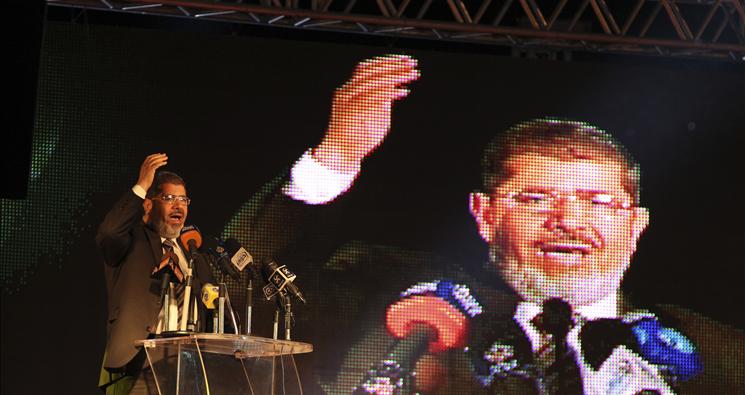 Christians Must Convert, Pay or Leave

According to a popular Egyptian website, the Muslim Brotherhood’s Egyptian presidential candidate, Mohammed Morsi, has stated that Christians will be forced to “convert, pay tribute, or leave.”

When asked about Coptic Christians in Egypt, Morsi reportedly told a journalist, “They have to know that the conquest is coming and Egypt will be Muslim and they have to pay tribute or migrate as one who left.”

He reportedly stated that it was his goal as a presidential candidate to “achieve the Islamic conquest of Egypt for the second time, and make all Christians convert to Islam, or else pay the 'jizya' (Islamic tax).”

While some are unsure whether he made these particular comments, these statements are consistent with the rhetoric of his campaign.

As Morsi looked on, the Cleric led the crowd in the chant, “Millions of martyrs march toward Jerusalem.”

If Morsi and the Muslim Brotherhood take control of Egypt it could create an incredibly dangerous situation for Christians in Egypt, Israel, and the stability of the entire region.

We will continue to monitor this situation and bring you updates on the plight of Christians in Egypt as we continue fighting for religious liberty worldwide.