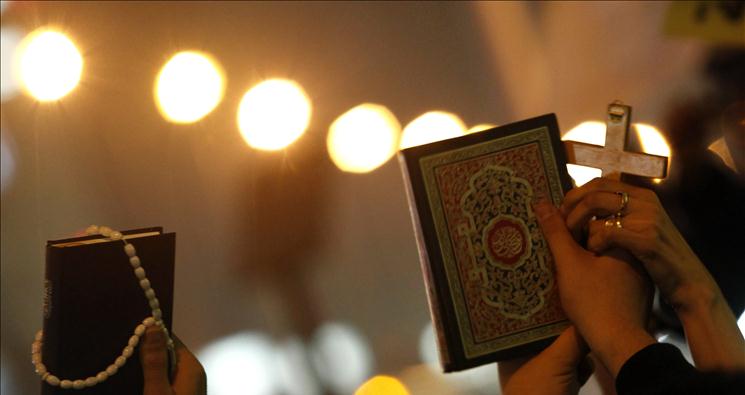 This week, the ACLJ joined members of a global coalition named the Religious Liberty Partnership (RLP) expressing our concern and support for Syrian Christians and other ethnic and religious refugees facing persecution and displacement because of the conflicts in Syria. Last month, the ACLJ joined the members of RLP, which represents religious organizations from twenty different countries, to discuss the most critical issues of international religious freedom. Each year at its global consultation the RLP issues a statement regarding a pressing concern in the area of religious freedom. The ACLJ is proud to stand with this global coalition to highlight the crisis in Syria and ask the U.N. Special Envoy for Syria to pay particular attention to the “vulnerable ethnic and religious minorities.”

Along with the call for action by the United Nations, the statement calls everyone to a time of prayer for stability in the war-torn country of Syria. The sheer number of Syrian Christians fleeing their country without access to adequate legal aid and subjected to ongoing violence deserves attention.

To see the Istanbul Statement on Syria, you can click this link.

The ACLJ and the global coalition express concern over the constant violence aimed at Syrian Christians and the lack of support and protection for refugees. In response, we collectively call on the international community to uphold international humanitarian standards and provide for the well-being of Syrians of all religious affiliations.

Religious minorities in Syria have been denied a voice in the recent political and diplomatic efforts to achieve a peaceful solution to the crisis in Syria. Accordingly, we join this global coalition and call for international support for a solution that will recognize every Syrian’s right to contribute to a peaceful solution, regardless of their religious affiliation. As an organization deeply committed to defending the fundamental human right to religious liberty, the ACLJ stands in solidarity with the Syrian Christian church. We are committed to raise awareness about the current situation in Syria and the plight of the Christian Syrian minority.