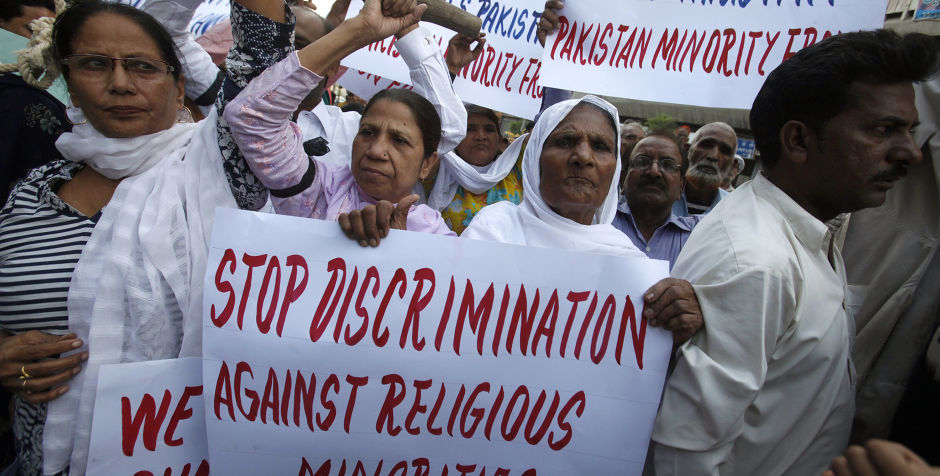 A Law That Radicalized Pakistani Muslims

In a trial and appellate process not befitting any judicial system, Aasia Noreen (“Asia Bibi”), a Pakistani Christian woman, was sentenced to death for expressing her faith in Jesus Christ. Her accusers perceived her statement that she believed in Jesus and not in the prophet Muhammad to be insulting to the prophet. Sentencing Asia to death is a gross miscarriage of justice and blatantly disregards international treaties to which Pakistan has acceded.

In addition to the inherent injustice in convicting a woman for expressing her faith, Pakistan’s blasphemy laws are a hypocritical blot on the Pakistani justice system. First, the blasphemy statute—which requires the death penalty for violators—under which Asia Bibi was charged has been widely condemned by the international community as being unjust and a tool for the majority Muslims to use to persecute non-Muslims. Second, during Asia Bibi’s trial, her testimony that she had not disrespected the prophet was not given due weight by the court. Third, the two eye-witnesses who testified against Asia were never cross-examined. Fourth, their unscrutinized testimony was given more weight than Asia’s testimony. After a flawed trial that lacked effective legal representation, Asia Bibi was sentenced to death in November 2010.

Asia Bibi appealed her sentence and conviction, but her appeal was unduly delayed multiple times over a period of four years. After her long wait for her appeal to be heard, the Lahore High Court upheld Asia Bibi’s conviction and sentence on October 16, 2014. The appeals process at the Supreme Court of Pakistan could take up to five more years, further jeopardizing her right to due process. Her life and freedom depends on the country’s court of last resort.
In addition to Asia Bibi, Pakistan has at least sixteen people on death row and twenty serving life sentences for violating the blasphemy laws. In addition to the statutes that prohibit blasphemy against the prophet Muhammad (carrying death sentence) and desecration of the Quran (carrying life imprisonment), many others have been convicted under other statutes relating to religion that carry prison terms from one year to ten years.

Not only are these laws a severe restriction of religious liberty and freedom of expression, but they have provoked Muslim extremists to take the law in their own hands and kill the alleged blasphemers and attack minority communities, vandalize their properties, and destroying their homes.

Many men and women have become targets for vigilante attacks. At least 117 people have been killed due to violence resulting from blasphemy laws. Violent mobs of Muslims have attacked entire communities of Christians after false allegations of blasphemy against individual Christians.

Pakistan has ratified the International Covenant on Civil and Political Rights (ICCPR) without reservation to articles 18 and 19 of the ICCPR that protect freedoms of religion and speech, respectively. Additionally, Pakistan had voted in favor of the Universal Declaration of Human Rights. Yet, long delays in the appeals process, convictions carrying death sentences and life imprisonment, and numerous murders of alleged blasphemers show that Pakistan has not lived up to its international commitments. More alarming is the fact that Pakistan has not lived up to its own laws that exist to protect citizens, whether they are Muslim or non-Muslim. Pakistan’s own citizens are suffering due to the government’s inability to adequately perform its duties. Most of the perpetrators who have either killed people accused of blasphemy or took part in attacking Christian communities, destroying scores of Christian homes, have not been brought to justice.