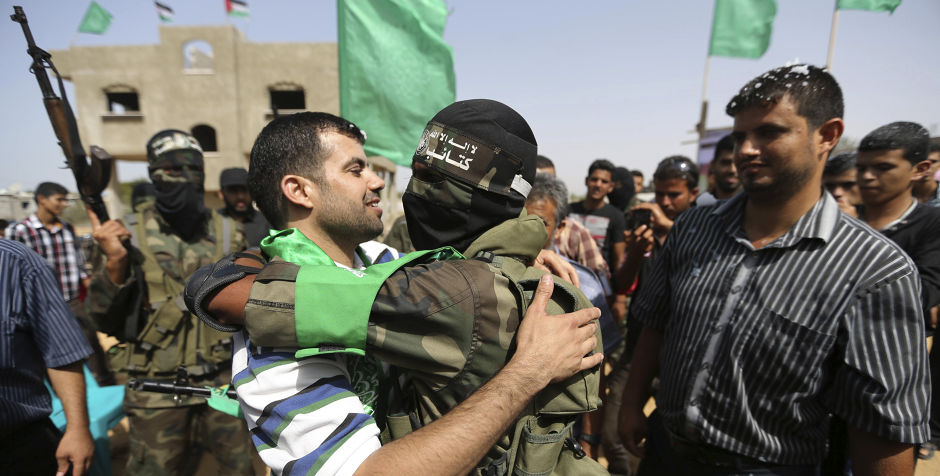 The terrorist group Hamas has once again joined with the Fatah party to form a unity government in opposition to Israel’s right to exist.

Palestinian technocrat prime minister Rami Hamdallah arrived in the Hamas-dominated Gaza Strip on Thursday to convene the first meeting of a unity government there since a brief civil war in 2007 between Hamas and forces loyal to the Fatah party. . . .

"I come to you representing President Mahmoud Abbas and, as head of the government of national consensus, to assume our responsibilities, see your needs and launch a comprehensive workshop to salvage Gaza and bring relief to our people here," he said.

The Palestinians now have a “government of national consensus,” but consensus with whom?  Terrorists.

Hamas has been a recognized terrorist group since 1997.  That’s who Abbas is welcoming with open arms.  The only consensus they have is rallying international support to oppose and eventually annihilate Israel.

That is the basis of Hamas’s charter, to destroy Israel and eradicate the Jewish people.  It was Abbas who recently reiterated part of this goal: “In a final resolution, we would not see the presence of a single Israeli - civilian or soldier - on our lands.”

The worse part is that the Obama Administration’s State Department has its head in the sand.  As Hamas terrorists join the Palestinian government, the State Department is insistent that this is not a problem because it’s a “technocratic” government.

But what does that even mean?

It means that the Obama Administration is buying into Hamas’s propaganda that because it has selected technocrats and not actual armed terrorists to represent its interests in the newly formed unity government that somehow these individuals are no longer affiliated or associated with a terrorist group.

It essentially creates a nonsensical class of terrorist bureaucrats, who aren’t really terrorists, even though they represent and are backed by the terrorists in an official governing role.

That’s insanity.  Would we ever accept al Qaeda technocrats or ISIS technocrats?

Of course not, but that’s exactly the lie the Obama Administration is buying.  When it comes to Israel, we turn a blind eye to the terrorists’ intent to destroy them, militarily and legally.

That’s why we’re fighting back against the Palestinians’ latest attempt at the United Nations to divide Jerusalem and evict half a million Jews from their homes.

This terrorist-led Palestinian Unity Government cannot be allowed to cripple Israel on the world stage.  Stand with us.  Defend Israel.  Sign our petition below.