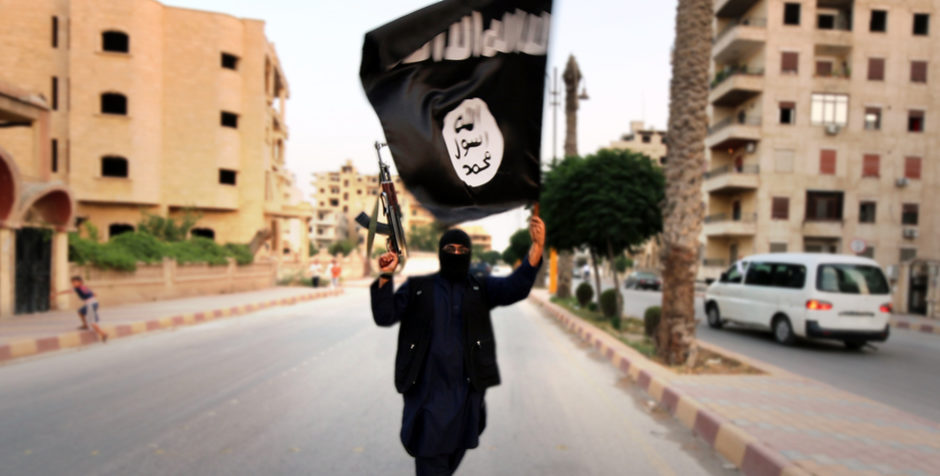 Four Things You Need to Know About Islamist Terror

Things You Need to Know About Islamist Terror

The attacks on June 3rd in London are only the latest events in a long and bloody world war.  It is a war that is the defining conflict of the twenty-first century.  It is a battle for the soul of Western civilization.  The enemies in this war are the Islamists, radical Islamic jihadists who are accommodating the religion of Islam in their violent quest for world domination.  While certainly the majority of Muslims are peace-loving people who disapprove of the tactics of the Islamists, the basis of the war in which we find ourselves is very much about religion.  Here are four things you should know about the Islamist threat.

First, the ideology is rooted in a political system that has no concept of the separation of religion and civil government, what we might call the separation of Church and State.  Sharia Law is not just religious law.  Even today in numerous Muslim-majority countries, it is the equivalent of constitutional law.  Sharia comes from the Prophet Muhammad.  He was both a religious figure and a political ruler.  The concept of religious law and civil law being one and the same is foundational in the Islamic tradition.

Secondly, there is a theology behind the ideology. The elements of theological thinking that influence the geo-political stance of the Islamists are based on the Quran and the strict belief that it is literally, word for word, the “words” of Allah.  Concomitant with such strong religious convictions is the unifying idea for Islamists that there is, quite literally, one true faith.  It is Islam.  And there is one supreme law.  It is the Sharia.  There can be no compromise and no acceptance of any other way.  It is not a matter of religious life versus civic life.  The two are inseparable.  Religion and government are never separated and, according to the Quran, Sharia Law applies to all people, Muslims and non-Muslims.

What are the key elements of Sharia Law?  They are many, varied, and cover almost every aspect of life.  The overarching exegetical rule is abrogation.  This means that the verses that come later in the Quran chronologically supersede, or abrogate, the earlier ones.  In effect, this results in the more moderate verses of the Meccan period of Muhammad’s life being superseded by the latter, more violent, Medinan period.

Key aspects of Sharia include adultery as a capital offense, gender inequality (the Quran prescribes female genital mutilation in Umdat al-Salik e4.3; the testimony of a woman before a judge is worth half of the man; a woman cannot leave the home unaccompanied by a male relative; men are given permission to use corporal punishment on their wives, etc.) and jihad is to be used to spread the faith.  Men can marry up to four wives of any faith or background and at any age, including young girls. (Muhammad’s last wife was nine years old when he married her and consummated the relationship.)  Women can have only one husband and he must be a Muslim. Additionally, blasphemy is saying anything that is offensive to the Muslim faith and is punishable by death.  In Sharia, democracy is evil:  Any system of man-made laws is considered illicit and inferior, as Allah already provided all the laws humanity needs, Sharia.

A third tenet of Islamism is the belief that the whole world must eventually be Muslim.  Concerning non-Muslim nations, the Islamic scholar Patricia Cone, in her book God’s Rule: Government and Islam, wrote that ancient Islamic teaching states a non-Muslim nation was “...illegitimate.  It had no right to exist, like states denied diplomatic recognition in modern times.  Though truces could temporarily suspend hostilities between it and the abode of Islam, the relationship between them could never be one of real peace.  Muslims were legally obliged to wage holy war against dar al-barb (the other nation) until it ceased to exist or the world came to an end, whichever would be sooner.”

Whether jihad is militarized, or remains as merely descriptive of energetic efforts to spread the faith, the theological foundation of Islam’s evangelistic goals is based on legitimacy versus illegitimacy:  all other religions and all other judicial systems are wrong. This is Islamic doctrine. This is also the basis for the violence and unrestrained killing that is perpetuated by all Islamist terror groups like ISIS and al Qaeda, or individuals such as those who viciously kill in places like London, Manchester, Orlando or San Bernardino.  The ideal for all faithful Muslims, based on the Quran, is a world where everyone is a Muslim.  This implies the conversion or death of everyone else in the world.  While it is a doctrine open to interpretation by moderate vs. radical vs. reformer Muslims, it is NOT an optional doctrine or theological tenet.  The end of the age, even according to mainstream Islamic teaching, will be a golden age of Islam, where it is the only religion left on the planet.

Finally, there are no restraints or laws of war to the Islamist.  The end always justifies the means.  Historically, the Just War Theory maintains that wars can only be justified if the conflict is conducted to right a human wrong, to liberate territory illegally seized, to protect innocent life and so forth.  Proportionality is a key tenet of just war.  In many wars the hostilities end with a treaty or compromise, or with land being surrendered.  One can negotiate the end to such a war.

How do you negotiate with someone whose only goal is to kill you?  No amount of placation or negotiation will end the global war on Islamist terror.  While al Qaeda called for the removal of all infidels from Muslim lands and the elimination of the Jews from Palestine, ISIS takes the fight to a new level:  It is a fight to the death for all who are not Muslim.  It is every Muslim’s war, according to them. The rules of war do not apply.  It is not about liberation or righting a human wrong.  Rather, it is about righting a cosmic wrong: Justice will be achieved when all living beings declare that Allah is One, and Muhammad is his prophet.

In his sermon declaring the establishment of the Caliphate, ISIS leader al-Baghdadi said:
“To kill Americans and their allies, both civil and military, is an individual duty of every Muslim who is able, in any country where this is possible...”  This is the threat we face.  It is important that we know our enemy.  While we may not like the reason someone is trying to kill us, they get to choose their motivation.  The Islamists have made it clear. This war is about religion, misguided as that may seem to us.