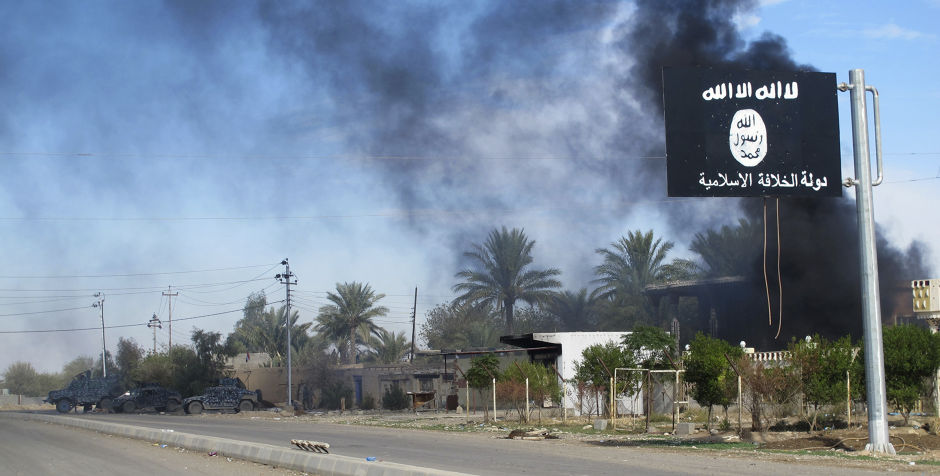 Finally, Some Bracing Truth about ISIS and Islam

Bracing Truth about ISIS and Islam

Over at The Atlantic, Graeme Wood has written the most important article I’ve yet read about ISIS and Islam, an excerpt:

But Muslims who call the Islamic State un-Islamic are typically, as the Princeton scholar Bernard Haykel, the leading expert on the group’s theology, told me, “embarrassed and politically correct, with a cotton-candy view of their own religion” that neglects “what their religion has historically and legally required.” Many denials of the Islamic State’s religious nature, he said, are rooted in an “interfaith-Christian-nonsense tradition.”

According to Haykel, the ranks of the Islamic State are deeply infused with religious vigor. Koranic quotations are ubiquitous. “Even the foot soldiers spout this stuff constantly,” Haykel said. “They mug for their cameras and repeat their basic doctrines in formulaic fashion, and they do it all the time.” He regards the claim that the Islamic State has distorted the texts of Islam as preposterous, sustainable only through willful ignorance. “People want to absolve Islam,” he said. “It’s this ‘Islam is a religion of peace’ mantra. As if there is such a thing as ‘Islam’! It’s what Muslims do, and how they interpret their texts.” Those texts are shared by all Sunni Muslims, not just the Islamic State. “And these guys have just as much legitimacy as anyone else.”

The article pulls no punches on the group’s savagery and its religious appeal, including detailing exactly its program for engineering an apocalypse. Let’s not forget that this group not only out-brutalizes al-Qaeda, it dramatically out-recruitsal-Qaeda, something that all those who serve as apologists for the contemporary Islamic culture and the contemporary Islamic world should find sobering. It has become something of an article of faith amongst some quarters of the intelligentsia that ISIS will eventually “alienate” so many Muslims that it will burn itself out.

Yes, ISIS alienates Muslims, but it also attracts other Muslims, and it can rule by sheer terror over those it alienates. Absent its comprehensive defeat, there is no real sign that the flow of recruits is abating or that its ideology is any less compelling to its target audience.

Wood isolates a key vulnerability for ISIS — unlike al-Qaeda, it requires territory to maintain its religious viability:

One way to un-cast the Islamic State’s spell over its adherents would be to overpower it militarily and occupy the parts of Syria and Iraq now under caliphate rule. Al Qaeda is ineradicable because it can survive, cockroach-like, by going underground. The Islamic State cannot. If it loses its grip on its territory in Syria and Iraq, it will cease to be a caliphate. Caliphates cannot exist as underground movements, because territorial authority is a requirement: take away its command of territory, and all those oaths of allegiance are no longer binding. Former pledges could of course continue to attack the West and behead their enemies, as freelancers. But the propaganda value of the caliphate would disappear, and with it the supposed religious duty to immigrate and serve it. If the United States were to invade, the Islamic State’s obsession with battle at Dabiq suggests that it might send vast resources there, as if in a conventional battle. If the state musters at Dabiq in full force, only to be routed, it might never recover.

Wood ultimately recommends against a large-scale American ground intervention, arguing that’s exactly what ISIS wants (and that our track record is dubious), but he also makes it clear that so long as ISIS retains territory — and at least the illusion of expansion or expansionary intent — it will continue to act as a magnet for the most savage terrorists in the world. It will give life and breath to a Muslim theology that captures large numbers of Muslim hearts.

Evil on such a scale — and with such attraction over Muslims across the globe — leaves us with few good options. It’s encouraging to see Jordan and Egypt stepping up their military efforts, yet they also have to deal with internal challenges from ISIS militants and sympathizers. And of course a renewed American ground offensive would be fraught with danger and cause even greater divisiveness at home. Yes, the Kurds are capable allies, but they are not willing or able to subdue significant non-Kurdish regions of Iraq and Syria (nor would we want them to). As in so many wars, there is no clear path that guarantees victory at an acceptable cost, with acceptable risks, and with necessary public support. But war is upon us, regardless of our internal divisions and wishful thinking.

Read Wood’s entire article and then ask yourself: Do our so-called intellectual elites understand this threat? Does our president?

Don’t Limit Our Next President