Backing Bill Maher: Understanding the Pyramid of Support for Jihad | American Center for Law and Justice 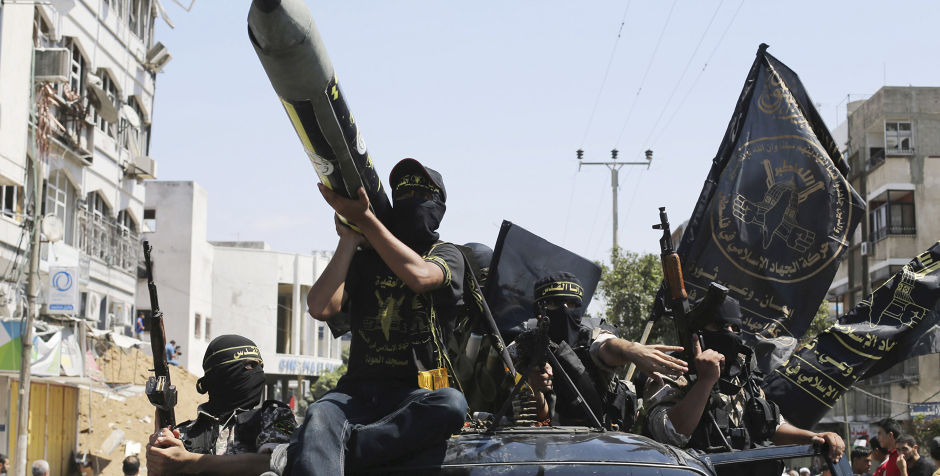 Backing Bill Maher: Understanding the Pyramid of Support for Jihad

The Pyramid of Support for Jihad

As an Evangelical conservative, I can’t say that a militant, condescending atheist like Bill Maher is my favorite comedian or my favorite pundit, but when a man’s right, he’s right. His statement last week that “Hundreds of millions of them support an attack like this. They applaud an attack like this. What they say is, ‘We don’t approve of violence, but you know what? When you make fun of the Prophet, all bets are off” is supported by real data.

Regarding blasphemy and apostasy, here’s the Washington Post describing startling findings in a comprehensive Pew Research Center report on Muslim beliefs and attitudes:

Do the math. From these countries alone, there are more than 200 million Muslims who support capital punishment for basic free speech and freedom of conscience. But what about terrorism? I posted these sobering approval numbers for Osama bin Laden last week, but I’ll post again:

Again, the support — at various times — ran into the hundreds of millions. This is not a “few extremists” but instead a movement that is extreme to us but solidly mainstream within the global Muslim community.

I tend to think of the degrees of support for violent jihad in terms of a pyramid, with a broad base narrowing down to the sharp point. Hundreds of millions support sharia law’s most bloodthirsty elements. Hundreds of millions have supported al-Qaeda, at least tacitly. A percentage of those hundreds of millions go beyond mere tacit support and actively advocate for Islamic terror, support it on social media, or write checks. I’ve not seen any real research on that level of activity, but it’s likely in the tens of millions (conservatively). Remember, it wasn’t that long ago that Saudi Arabia held a telethon to support Palestinians, a telethon that featured support for Palestinian suicide bombings. Some charming vignettes:

A 6-year-old boy, with a plastic gun slung over his shoulder and fake explosives strapped around his waist, walked into a donation center and made a symbolic donation of plastic explosives, according to Al Watan daily.

Another Saudi, 26-year-old Mohamed al-Qahtani, offered his car, saying he hoped it will “reach the Palestinian areas so a Palestinian fighter could use it to blow up a military barracks and kill (Israeli) soldiers,” Al Watan reported.

These millions (or tens of millions) in turn generate hundreds of thousands who actually take up arms for jihad, and the numbers seem to be growing. In Syria alone, jihadists number in the tens of thousands. Outside of Syria, the Islamic State, Hezbollah, Hamas, Boko Haram, the Taliban, various al-Qaeda branches, andjihadists in Somalia comprise a collection of jihadist fighting forces that control nation-sized chunks of real estate.

Pointing out facts is not bigotry. It is also a fact that there are hundreds of millions of Muslims who do not support terrorists and do not support the bloodthirsty elements of sharia law. The sad reality, however, is that by our actions and attitudes, we appease and empower the violent (It’s still just stunning that the Obama administration supported the Muslim Brotherhood government in Egypt, essentially put jihadists in power in Libya, and left Israel hanging out to dry in its conflict with Hamas) while mainly paying lip service to moderates — offering soothing words when our true Muslim allies (like the Kurds) need military support far more than they need kind words about Islam or its prophet.

If it takes a Bill Maher to wake up my liberal friends, well then God bless him in his work.