Are ISIS Supporters Happy the President Won’t Call Them ‘Muslim?’ | American Center for Law and Justice 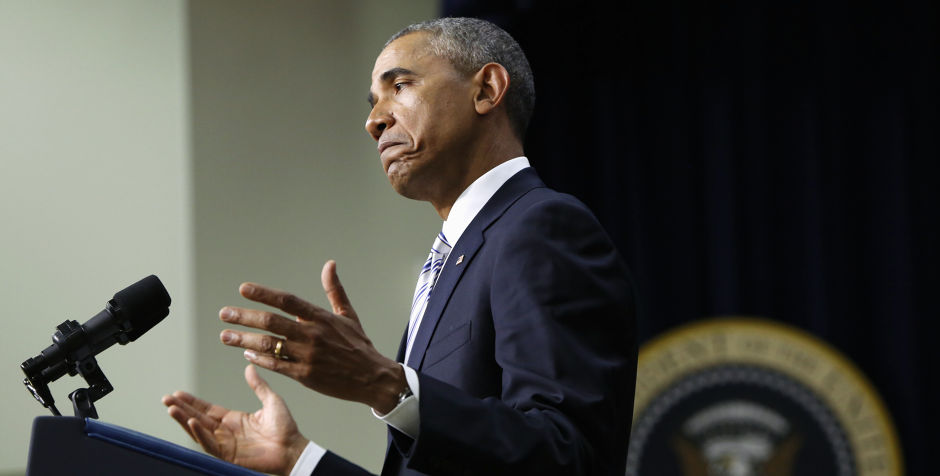 Are ISIS Supporters Happy the President Won’t Call Them ‘Muslim?’

So, it turns out that at least some ISIS supporters believe that our government’s persistent refusal to understand or acknowledge their Islamic roots — instead preferring to rely on standard “legitimate grievances” or “root causes” explanations for jihad — actually grants ISIS a significant tactical advantage.

Writing in The Atlantic, Graeme Wood collected reader reactions to his widely-acclaimed cover story about ISIS’s Islamic theology, and the response from ISIS sympathizers was fascinating. A number of them forwarded his article on social media, and one ISIS supporter ”noted nervously that the guy who wrote it must be spying on their tweets.” Others were “delighted that [he] had taken their ideology seriously and concluded that ISIS is an Islamic group.”

But the most ominous response was the final response, a lengthy e-mail from a self-described ISIS supporter describing the distinct advantage ISIS enjoys over willfully ignorant enemies:

What stands out to me that others don’t seem to discuss much, is how the Islamic State, Osama [bin Laden] and others are operating as if they are reading from a script that was written 1,400 years ago. They not only follow these prophecies, but plan ahead based upon them. One would therefore assume that the enemies of Islam would note this and prepare adequately, but [it’s] almost as if they feel that playing along would mean that they believe in the prophecies too, and so they ignore them and go about things their own way. … [The] enemies of the Muslims may be aware of what the Muslims are planning, but it won’t benefit them at all as they prefer to either keep their heads in the sand, or to fight their imaginary war based upon rational freedom-loving democrats vs. irrational evil terrorist madmen. With this in mind, maybe you can understand to some degree one of the reasons why many Muslims will share your piece. It’s not because we don’t understand what it is saying in terms of how to defeat the Muslims, rather it’s because we know that those in charge will ignore it and screw things up anyway.

Fighting the “imaginary war” — it’s hard to come up with a better description of combat based on politically correct notions of what ISIS wants and what motivates its supporters. We’ve been fighting this ”imaginary war” for a long time, beginning with the Bush-era imaginations of an Iraqi nation ready for a democracy continuing to the Obama-era imaginations of “legitimate grievances” and doomed efforts to ally with the Muslim Brotherhood and other jihadists.

It’s easy to see the appeal of imagining things to be other than they are. After all, the imaginary world of latent democracy and productive appeasement is so much kinder and gentler than the real world of jihad. But jihadists thrive on our imaginings – postponing their day of reckoning, and hastening ours.