Why Do So Many United Nations Members Support Terrorist Organizations like Hamas? – We Won’t Stand for It | American Center for Law and Justice
Search  |  Logout  |  Login  |  Register 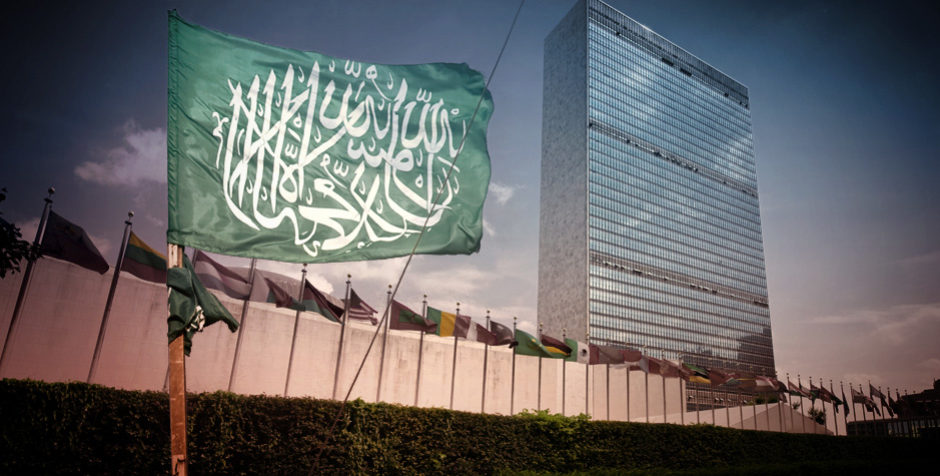 Why Do So Many United Nations Members Support Terrorist Organizations like Hamas? – We Won’t Stand for It

U.N. Support for Hamas? – We Won’t Stand for It

According to the United Nations Charter, one of the primary purposes of the U.N. is to

maintain international peace and security, and to that end: to take effective collective measures for the prevention and removal of threats to the peace, and for the suppression of acts of aggression or other breaches of the peace, and to bring about by peaceful means, and in conformity with the principles of justice and international law, adjustment or settlement of international disputes or situations which might lead to a breach of the peace . . . .

Yet, as discussed below, this no longer seems to be the case.

Recently, U.S. Ambassador Nikki Haley proposed a U.N. General Assembly (UNGA) resolution which called out Hamas, Palestinian Islamic Jihad, and other like-minded militant groups for their ongoing acts of terror directed against Israel. In no uncertain terms, the resolution condemned “Hamas for repeatedly firing rockets into Israel and for inciting violence, thereby putting civilians at risk”, and demanded that Hamas and other militant groups “cease all provocative actions and violent activity, including by using airborne incendiary devices . . .” intended to destroy crops by starting fires.

The U.N. was poised to do something it has never done, condemn the terrorist group Hamas for firing rockets at Israeli civilians.

Yet, at the last minute, the enemies of freedom pulled an outrageous stunt requiring a 2/3 vote to pass the resolution, instead of the normal [simple] majority.

While the resolution did in fact get [more votes for than against it] (87 in favor of condemning Hamas [vs.] 57 opposing condemning Hamas . . .), it fell far short of the . . . required 2/3 majority in the U.N. General Assembly. Were it not for the absurd 2/3 requirement – a poison pill proposed at the last minute by Kuwait – this vote would have passed.

Yet, equally as troubling was the fact that 33 states were too morally bankrupt to even take a stand one way or the other. Instead, they abstained. When one considers the number of states actively opposing the resolution (57) plus the number too morally obtuse to acknowledge the evil of terrorist attacks on civilians (33) exceeds the number of states that voted in favor of the resolution (87), you begin to realize what a moral cesspool the U.N. has become.

As we said, “This is an outrageous betrayal of Israel and all those innocent civilians who have been the victims of Hamas terror. It was a cowardly stunt to prop up a terrorist entity.”

Specifically, we urged the UN Secretary-General to take a stand

We reminded the U.N. Secretary-General “that to remain silent in the face of such open and notorious evil and defiance of international norms of behaviour is to abdicate one of the solemn responsibilities of your high office.”

The ACLJ strongly supports Ambassador Haley’s resolution. It is deeply troubling that the UNGA lacked the courage and moral clarity to adopt this resolution. One wonders whether the U.N. can ever be redeemed—or is even worth redeeming. Right now, it is a morally bankrupt institution that spews hatred against the State of Israel and seemingly pursues evil as its first impulse.

In light of this recent anti-Israel stance by far too many UNGA Members, the ACLJ will continue to stand for the rule of law and for the right of the State of Israel to protect its citizens from Hamas and other terrorist organizations.