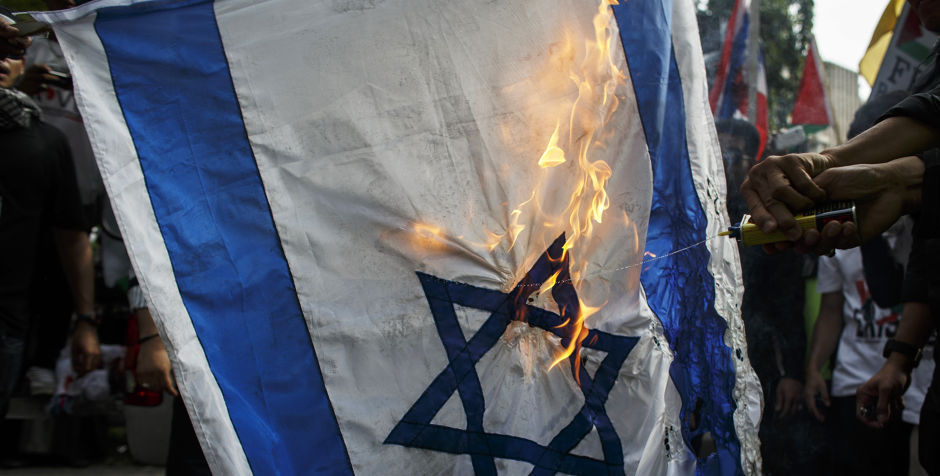 The Impact of the Iran Nuclear Deal

The recent nuclear deal with Iran could have a devastating impact on Israel.

Israeli Prime Minister Benjamin Netanyahu made this crystal clear in a mere 45 seconds in his speech before the U.N. General Assembly.

In what may be the most uncomfortably long pause for effect in a speech in U.N. history, Prime Minister Netanyahu drives home the point that the world’s silence in reaction to Iran’s repeated threats and promises to destroy the Jewish people has been as deafening as it could be deadly.

Once again, Prime Minister Netanyahu masterfully communicates the dangerous plight his people face at the hands of Iran.  All the while, President Obama leads from behind, abandoning our closest ally in the Middle East at this critical moment in history.

At the same time, the terrorist-led Palestinian Authority (PA) has all but declared war on Israel, abandoning decades-old peace treaties with Israel.

It's time we as Americans stood by our ally.  At the ACLJ, we’re doing just that, urging Congress to defund the terrorist-led PA.  You can join our defense of Israel by signing our petition.

It’s time we speak out before Israel is silenced.

This article is cross-posted at RedState.com.