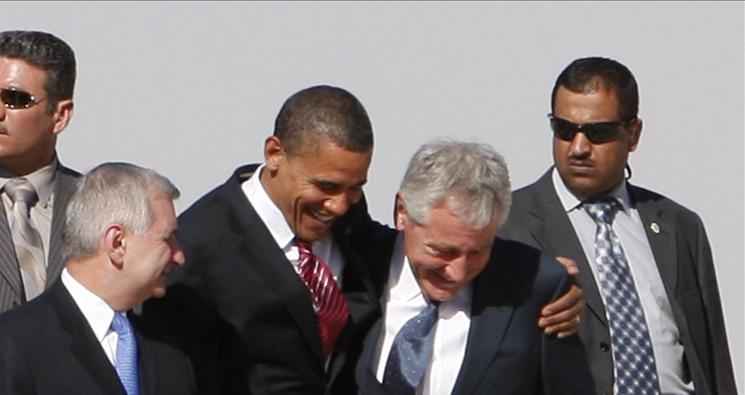 President Obama has nominated an anti-Israel former Senator to be our next Secretary of Defense. Senator Chuck Hagel has refused to sign a letter supporting Israel, opposed labeling Hezbollah a “terrorist organization,” and supported direct dialogue with the terrorist group Hamas.

Senator Hagel even voted against labeling Iran's Revolutionary Guard Corps, which has a long history of terrorist activity a “terrorist organization.” Sign our petition to defeat his nomination and protect Israel.

To the United States Senate:

Former Senator Chuck Hagel is not the right man to run the Department of Defense. His record of appeasing a soon-to-be nuclear Iran and opposing our ally Israel should disqualify him from becoming second in command of our Armed Forces. Vote against his nomination and ask the Obama Administration to put forth a nominee who is better qualified to direct and oversee our nation's critical defense needs.