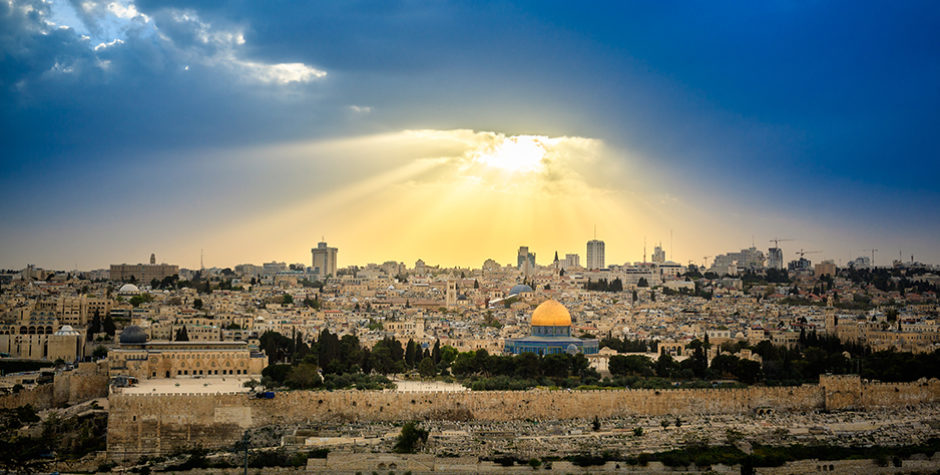 Prospects for Peace in the Middle East Brighten Considerably

Prospects for Peace in the Middle East Brighten Considerably

We are so used to hearing about problems in the Middle East, that a bit of good news has caught us all by surprise. Last week, it was jointly announced by the United States, Israel, and the United Arab Emirates (UAE) that Israel and the UAE have agreed to establish full diplomatic relations with each other.

This is significant for a number of reasons. First, it validates President Trump’s innovative style of diplomacy that does not simply seek to repeat failed initiatives of the past. President Trump and his team are thinking outside the box and trying new approaches. In other words, the Trump Administration is not doing the same thing past Administrations of both parties have done in the Middle East and expecting a different result—which, I believe, is a tongue-in-cheek definition of insanity.

Second, the UAE becomes the third Arab nation in the Middle East—along with Egypt and Jordan—to make peace and establish diplomatic ties with Israel. Given the destabilizing actions of Iran in the region, it would not be surprising if the UAE were not merely the first of a number of Arab states to make the plunge. By doing so, they would enjoy friendly relations with Israel, one of the strongest (if not the strongest) regional military powers opposed to Iranian hegemony in the Persian Gulf and Arabian Peninsula, as well as have access to lucrative markets for trade and centers of technological development.

Third, this agreement once again demonstrates Israel’s willingness to compromise to achieve peace. Despite the Palestinians’ knee-jerk condemnation of the agreement, it nonetheless works in their favor. The UAE, as a condition for establishing relations with Israel, desired that Israel forego currently planned annexation of portions of the so-called West Bank that were permissible under the recently published Trump peace plan. Israel agreed to do so (although, once again, the Palestinians continue to look this very significant gift horse in the mouth). I believe it was Israeli diplomat Abba Eban who famously said, “The Palestinians never miss an opportunity to miss an opportunity.” This is only the most recent incarnation of that fact.

Fourth, the agreement reflects the growing realization in the Arab world that it is not Israel that is the obstacle to peace with the Palestinians. Instead, it is the recalcitrant Palestinian leadership, which absolutely refuses to compromise to resolve the outstanding issues between themselves and the Israelis and thereby improve the lives of millions of their own people. By establishing relations with Israel, the UAE is removing the Palestinian veto to all attempts to broker peace with the Israelis. The entire Arab world has paid a high price for Palestinian recalcitrance (although, admittedly, in the years immediately following Israel’s founding, virtually all Arab countries pursued the same anti-Israel policy). In recent years, however, following the ouster of the Shah of Iran and the establishment of the Iranian regime ruled by Ayatollahs, the Arab states in the region have come to realize who the greatest regional danger is, and it is not Israel.

This development should be a win-win-win situation in the region. Israel wins by becoming less isolated in the region, by broadening regional understanding and cooperation (including potentially in the security realm), and by expanding commerce. The UAE wins by gaining a powerful military friend and access to the dynamic Israeli economy. The Palestinians win by postponing Israeli annexation of certain areas of the West Bank to (hopefully) give their leaders time to come to their senses and (finally) develop a serious plan to engage in good faith negotiations with Israel to resolve their outstanding differences, make peace, and establish a viable Palestinian state.

I believe that President Trump and his team deserve the congratulations of the entire nation and the world for this fine achievement, which is a notable step in the direction of peace in a highly volatile part of the world. In the current political climate, he won’t get it, of course; but I pray that he will continue to do the right thing despite irrational opposition from those who should recognize what a significant diplomatic achievement this has truly been.