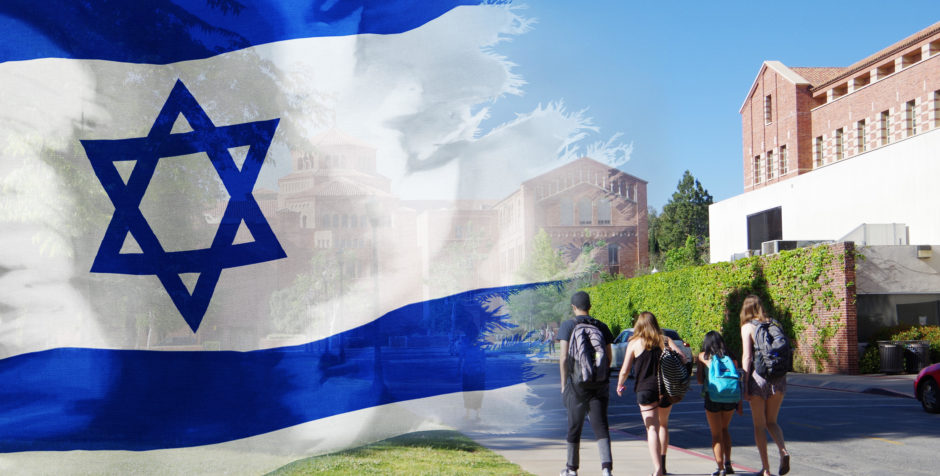 Anti-Semitic Org Conference to be at Major University

The ACLJ is directly engaged in fighting anti-Semitism all over the world and inside the United Nations. Now we’re fighting for Jewish students at universities right here at home.

While we recently took legal action to fight for the Free Speech rights of a Christian to preach the Gospel on a public sidewalk, American institutions of ”higher learning” are freely opening up their campuses to anti-Israel hate speech.

Rather than protect the beliefs and safety of all its students, a major university has just agreed to let a vehemently anti-Israel group hold a conference on its campus.

The group, Students for Justice in Palestine (SJP) is notorious for disrupting Jewish student activities and instilling hatred and intolerance toward Israel. SJP is affiliated with the anti-Israel Boycott, Divestment, Sanctions (BDS) movement, a program with a long history of attacking Israel’s reputation and economy.

We told you how BDS has waged a calculated campaign to delegitimize the Jewish nation’s right to exist.

SJP will be holding its three day conference in November. According to the group’s website, the conference theme is "Radical Hope: Resistance in the Face of Adversity."

There is a massive power disparity between Zionism and its victims. Zionism is perverse in all aspects of Palestinian life and aims to destroy Palestinian existence and culture. With the Nakba and the Naksa, relentless attacks on Gaza, cementing apartheid into law, and the everyday oppression of Palestinians at all levels of life, it may seem at times like all hope of seeing a free Palestine has been diminished. And yet, Palestinians have persevered through the generations by means of their resistance and resilience. Despite the enormous power disparity, Palestinians have exemplified radical hope.

Radical hope seems appropriate, as we’ve told you how radicals have fired rockets from Gaza at Israel, striking a kindergarten where countless innocent children could have been slaughtered or maimed, and used “incendiary kites” to set fires to Israeli land and property.

If this is the sort of radical hope BDS and SJP want to spread across American college campuses, this conference should absolutely be barred from happening.

Other pro-Israel groups have called on the school to immediately reverse its decision and deny the SJP its conference.

SJP's conference is designed to instill hatred towards and intolerance while proliferating lies about Israel. SJP creates an unsafe campus environment for students regardless of their nationality, ethnicity, political affiliations, or religious beliefs, but disproportionately affects Jewish students.

The University leadership has opted to stick its proverbial head in the sand, even releasing a puzzling statement that while the school continues “to firmly oppose boycott, divestment and sanctions (BDS) against Israel . . . in a university setting, controversial topics should be discussed thoughtfully and respectfully, free from demonization, insult or ethnic bias.”

In other words, they know BDS is bad, but they’ll let them do it anyway. An interesting position for an institution that is meant to be educating and shaping young adults, and something parents should consider before they fill out those tuition checks.

We recently told you about a situation at another university where a student who was about to be made a Resident Advisor (RA) was posting incendiary, threatening messages against “Zionist” students on campus. We became involved when a concerned student reached out after two weeks of inaction by the school.

In that instance we sent a letter to the President of the university reminding him of the schools written policy regarding RA’s and their responsibilities to all the students they oversee, including to:

“ensure open and honest communication and responsible student conduct; be sensitive to the needs of all groups in the residence, and help residents develop empathy and awareness skills; plan programs and discussions about cultural background, sexual orientation, religious beliefs, race, class, gender, and other diversity issues and mediate conflict and help residents to take responsibility for their residential community.”

The RA who posted such inflammatory comments as “I’m gonna physically fight Zionists on campus” and “I’ll go ahead and work every day for the rest of my life to abolish your petty (expletive) ethno-supremacist, settler-colonial state” is reportedly a member of SJP.

This violent, anti-Semitic, anti-Israel rhetoric cannot be tolerated, let alone welcomed to set-up a conference on a public university campus. Jewish students should not have to fear being physically attacked on their way to class.

With organizations like SJP spreading paranoid propaganda to influential young adults, it’s no wonder that anti-Semtic incidents have increased.

We’re fighting for Jewish students on campuses across the country. It's time for universities, states, and the federal government to enforce the law to protect American Jews from violence, intimidation, and unlawful discrimination.

They need YOU. Sign our petition demanding protection for Jewish students on American campuses.