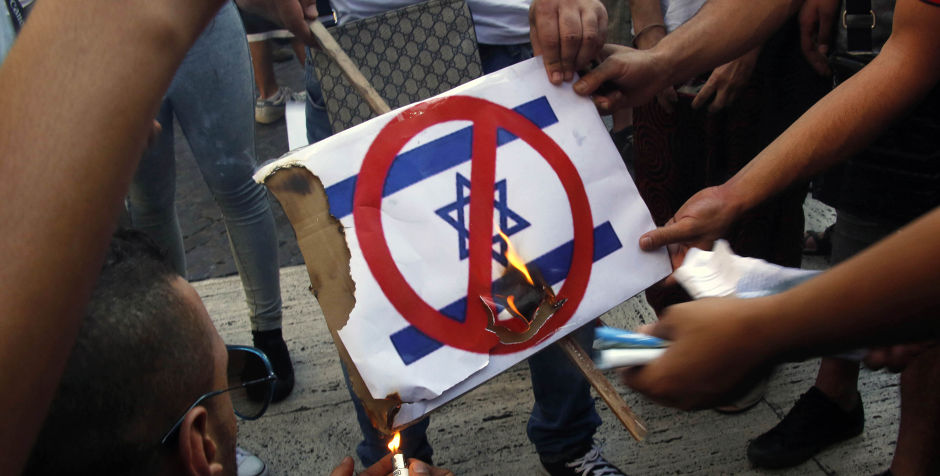 Directly Defending Israel at the ICC

Israel – our greatest ally in the Middle East – is taking fire from all sides.  At the ACLJ, we’re aggressively fighting back with a multipronged legal strategy to defend Israel’s right to defend its citizens against an onslaught of terror.

Through our international affiliate with consultative status at the United Nations (U.N.), the European Centre for Law and Justice (ECLJ), we have just submitted an amicus curiae brief to the International Criminal Court (ICC) to stand with Israel against false war crimes prosecutions attempted to be initiated against Israel for merely defending its citizens.  Our submission argues that that the ICC Prosecutor’s prior decision not to start an investigation against Israel was proper and reasonable.

On May 31, 2010, Israel Defense Force (IDF) commandos boarded and captured the Mavi Marmara and other ships part of a Gaza bound “Freedom Flotilla.” A Turkish organization, Humanitarian Relief Foundation (commonly referred to by the initials IHH), organized the flotilla with the stated purpose of breaching Israel’s legal naval blockade of the Gaza Strip.

After the Mavi Marmara, a Union of Comoros flagged ship carrying Turkish passengers, disregarded multiple warnings that the vessel was approaching the Israeli naval blockade, Israeli commandos boarded the ship. Ten people on board were killed after terrorists on board that vessel attacked the Israeli soldiers while they were being lowered down on the ship by a helicopter.

The Comoros, a Member State of the ICC, filed an application with the Prosecutor’s office alleging that Israeli forces had committed war crimes.  After a review of the facts and law, the Prosecutor decided not to start an investigation because the alleged crimes were not of sufficient gravity to warrant an investigation.

In our amicus brief submitted to the Appeals Chamber of the ICC, we have argued that the Prosecutor’s decision was reasonable given the facts and well within the bounds of her discretion.

Additionally, we have argued that the ICC does not have jurisdiction over Israel or Israeli forces at all because Israel is not a party to the Rome Statute, the treaty that created the ICC. A treaty (an agreement between two more States), by its very nature, binds only parties that agree to be bound by its terms. Under customary international law, the terms of a treaty cannot be forced on non-parties. This is a basic principle of international law. As such, we have argued that the Rome Statute does not bind Israel and cannot be applied against Israel. Yet, it appears that the politics of the Israeli-Palestinian conflict have influenced the Pre-Trial Chamber’s decision.

Our brief urges the Appeals Chamber to review and decide this critical case appropriately, according to the applicable law, not anti-Israel bias.

This is just one of a number of legal filings that we are undertaking in defense of Israel.  I’ve successfully presented oral argument before the ICC’s Chief Prosecutor in the past, legally defending Israel against similar anti-Israel lawfare, and we’re ready to do so again.

We will not stand by as our ally is undermined on the world stage.  The stakes couldn’t be higher.

Update 8.14.2015: The International Criminal Court has just notified us that it has decided to hold all amicus briefs until it accepts the Prosecutor's appeal. We stand ready to file a critical amicus brief in defense of Israel at that time.

Defend Israel from Terrorism at the ICC