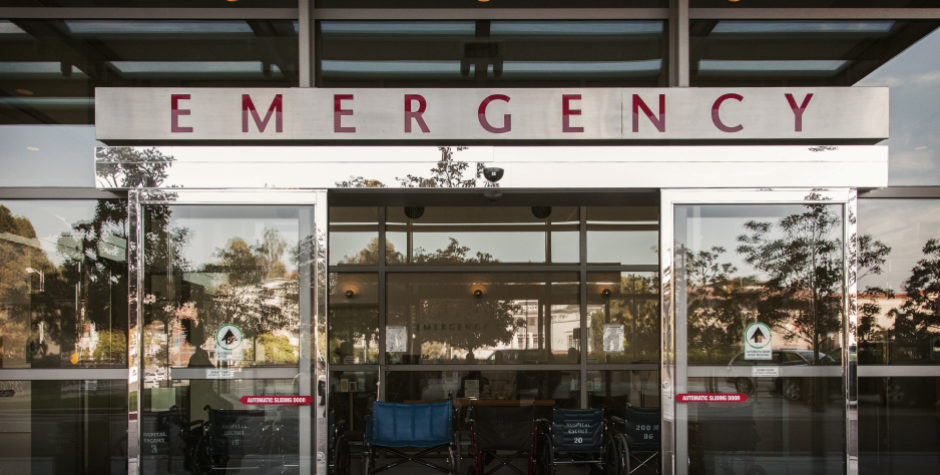 Hateful antisemitic, anti-Israel rhetoric, especially when it directly threatens to harm and even kill, must be immediately exposed and rebuked. Words have consequences, as one young Ohio doctor is now learning as she has lost another job due to hateful antisemitic threats.

Not long ago we told you about Dr. Lara Kollab, the first-year resident at Ohio’s prestigious Cleveland Clinic, a nonprofit academic medical center. She tweeted antisemitic threats including wishing death for Jews.

Kollab’s tweets called Jews “dogs” and said she was “brutally unsympathetic” about the Holocaust. She later claimed the Holocaust is “exaggerated and the victimization of the Jews is overdone.”

But even worse, Kollab, a supporter of the anti-Israel Boycott, Divestment, and Sanctions (BDS) movement implied violence against Israel was justified.

On December 8, 2012, Kollab tweeted, “After repeated failed diplomacy, our aim is to defeat the Zionist state through force,” in reply to a tweet stating that “peace won’t come by killing every Zionist. There has to be diplomacy.”

Maybe her most frightening tweet of all was when she directly stated that if she encountered Jewish patients, she would “purposely” give them the “wrong meds.”

Antisemitic speech is disturbing, but when being spewed by a doctor or medical professional – someone who holds the health and well-being of innocent patients in their hands – it must not be tolerated or ignored.

There was no other way to interpret that statement than as a direct threat to innocent patients, which is why the ACLJ sent a letter to the Ohio State Medical Board demanding her license be immediately revoked:

We are writing to file a formal complaint against Dr. Lara Kollab, a physician who currently has an active license with the Medical Board of Ohio that is set to be effective through June 20, 2021 . . . . It has come to light that for years Dr. Kollab had been openly posting anti-Semitic social media comments containing violent and dehumanizing rhetoric towards members of the Jewish faith.

A published compilation of Dr. Kollab’s social media posts shows she actually wrote that she would purposely give all Jewish people the wrong medications.

Dr. Kollab’s statements and intentions go far beyond the realms of free speech. Allowing her near any patients could literally jeopardize lives. Dr. Kollab is obviously unfit to practice medicine: Her medical school has released a statement saying that they were shocked and appalled at her behavior. The Cleveland Clinic, where Dr. Kollab had been employed, promptly fired her when they became aware of her dangerous posts.

Now it has recently been reported that, following the lead of the Cleveland Clinic, southern California hospital Kern Medical Center has rescinded the job offer it previously extended to Lara Kollab. According to the hospital’s official statement:

Kern Medical notified Dr. Lara Kollab on March 15, 2019, that her position as a Post-Graduate-Year 1 resident in the Internal Medicine Residency Program has been withdrawn effective immediately.

Dr. Kollab submitted information that was false, misleading, and incomplete to Kern Medical during the interview and match process.

Kern Medical is dedicated to the health and wellbeing of our patients and expects the highest level of integrity and compassion from our staff.  We value that a key part of our mission is to teach and train our resident physicians to always provide exceptional care to all patients, regardless of race, religious background or social standing.

After her hateful tweets were initially exposed, Kollab issued a highly suspect apology in which she claimed her posts represented her youth when she was emotional after visiting Palestine. However some tweets surfaced, including one that featured a message she’d scribbled on a notepad in med school that read:

“People who support Israel should have their immune cells killed so they can see how it feels to not be able to defend yourself from foreign invaders."

This was not the immature ranting of a child. This is bigoted hatred not only directed at Jewish people, but at anyone who dares to support or defend them from this kind of hatred.

The ACLJ applauds the actions of Kern Medical Center, as well as the Cleveland Clinic. Dr. Kollab should lose her medical license altogether and should absolutely never be allowed near a defenseless patient again - certainly not in the United States.