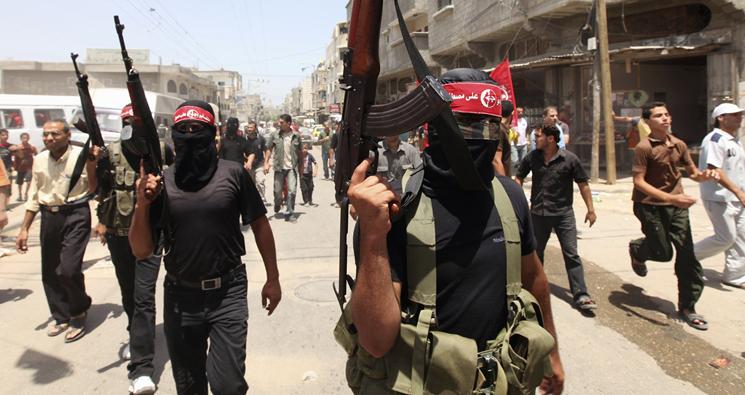 Nearly two weeks ago, Fatah, the U.S.-backed Palestinian National Liberation Movement, signed an agreement to form a unity government with Hamas, a U.S.-listed foreign terror organization. This agreement is having significant political reverberations here in America.

The government of Palestine received $502.9 million dollars from the United States last year, for a total of $3.5 billion since 1994. Thus far, those funds have been purposed for education, health care, security, and development as the Palestinian Authority seeks a peaceful solution to the current Middle East crisis.

However, a new unity government will conduct a radically different Middle East peace process. Hamass own foreign minister has stated that Hamas believe[s] that negotiations with the Israeli enemy are in vain. The Hamas Charter calls for Islam to abolish Israel and for Muslims to fight the Jews and kill them. It further proclaims, There is no solution to the Palestinian problem except jihad.

Hamas has done nothing to shy away from its charter. Just last week, the Hamas prime minister mourned the loss of Osama bin Laden, calling him a holy warrior.

Twenty-seven Democratic senators have urged the president to cut off funding for the Palestinian Authority, stating: US law prohibit[s] aid from being provided to a Palestinian government that includes Hamas unless the government and all its members have publically committed to the Quartet principles, which require any Palestinian government to recognize Israel, renounce terrorism, and accept previous agreements.

You can read the entire commentary here. Please leave your comments on the National Review site.

Please note that in discussing political issues, candidates positions and political party statements, Jordan Sekulow is offering analysis in his individual capacity as lawyer and commentator. He is not speaking on behalf of the American Center for Law & Justice. The ACLJ does not endorse or oppose candidates for public office. Nothing contained in this article should be construed as the position of the ACLJ.