ACLJ Takes on the Most Significant U.S. Federal Court Case in Defense of Israel’s Legitimacy as a Jewish State | American Center for Law and Justice 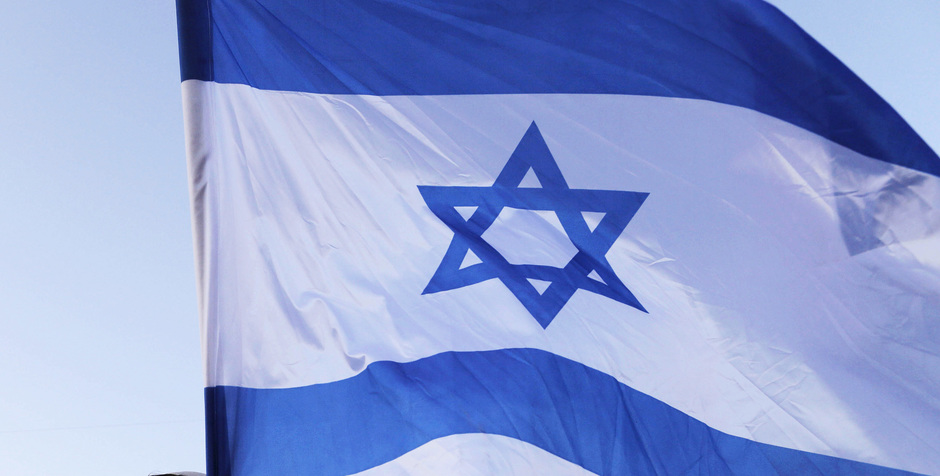 ACLJ Takes on the Most Significant U.S. Federal Court Case in Defense of Israel’s Legitimacy as a Jewish State

We have just taken on the most significant U.S. federal court case in defense of Israel’s legitimacy as a Jewish state.

Palestinian activists opposed to the existence of the State of Israel have filed a billion-dollar lawsuit in federal district court in Washington, D.C., against numerous organizations that support Israel - including citizen, business, and nonprofit groups - as well as a laundry list of major U.S. companies and individuals who dare to do business in or support Israel.

The complaint alleges that these individuals, groups, businesses, and friends of Israel have committed:

It’s an absurd and outrageous attempt to use the federal courts to accomplish what Palestinian radicals have been unable to accomplish before – the delegitimization of the State of Israel on a global scale.

We are directly defending one of the numerous Israeli defendants: the Gush Etzion Foundation.  I have just entered my appearance in the case, Al-Tamimi v. Adelson, in federal district court in Washington, D.C.

The Foundation is a charity dedicated to defending the history and people of Gush Etzion – the Etzion Bloc – a group of Israeli cities, towns, and villages in the Judean Mountains near Jerusalem and Bethlehem. Prominent Jerusalem-based lawyer Marc Zell, who serves as lead counsel - and who himself is a resident of the town of Tekoa in Gush Etzion - brought ACLJ into the case to serve as defense co-counsel. This is an area of great historical and strategic significance from Biblical times to serving as a significant defense of Israel’s War of Independence in 1948.

The Arab Legion massacred the Jews of Gush Etzion in 1948 but after the miraculous Six Day War of 1967, when Judea and Samaria were liberated, the Jews returned and rebuilt. From 450 residents in four villages that were destroyed in 1948, Gush Etzion is now home to 90,000 Israelis in 22 flourishing towns and villages.

Make no mistake: What this case is about is another attempt by Israel’s enemies to attack the Jewish presence in the Land of Israel and undermine the legitimacy of Israel as a Jewish state. Having failed at warfare every time they confront Israel militarily, Israel’s enemies are now using our courts to fight her with lawfare.

Their purpose is clear.  Their tactics are viciously aggressive – a scorched-earth legal attack.  We will take the fight to them: Our defense will be aggressive, direct, and unwavering.

By defending our client against these attacks, we are defending Israel, the Israeli people and the right of Jews to live in the very heart of the Jewish homeland. Marc Zell’s town of Tekoa itself is built where Biblical Tekoa was located – the birthplace of the prophet Amos and a town that is mentioned over and over throughout the Bible. Today Israel’s enemies want to use the courts to deny the right of Israel to exist by denying Jewish history.

This is our biggest litigation effort in defense of Israel’s legitimacy as a Jewish state.  It is the beginning of what may be a years-long legal battle.

The 200-page complaint’s wild accusations, relying on sources such as “The Electronic Intifada” (Intifada referencing the violent Palestinian terrorist uprisings against Israel), may on their face sound absurd, but they will require a complete and thorough response in federal court.  I am leading a senior litigation team at the ACLJ, including our office in Jerusalem, in this case.

I’ve defended Israel’s legitimacy as a nation and its right to defend itself before the Office of the Chief Prosecutor at the International Criminal Court in The Hague.  I also spoke on behalf of Israel at the United Nations General Assembly in New York. Now, we’re ready to do so again in federal district court in Washington, D.C.

We will fight vigorously to stop these blatant attempts to undermine Jewish rights in the Land of Israel and the legitimacy of Israel as a Jewish state. We will keep you updated as this crucially important case continues.